Brazil: the press, an "enemy to kill" for Jair Bolsonaro

Left-wing leader Luiz Inacio Lula da Silva, who could beat him in the election on Sunday, has already had a run-in with the media during his two presidencies (2003-2010) and sparked fears by proposing press regulations . 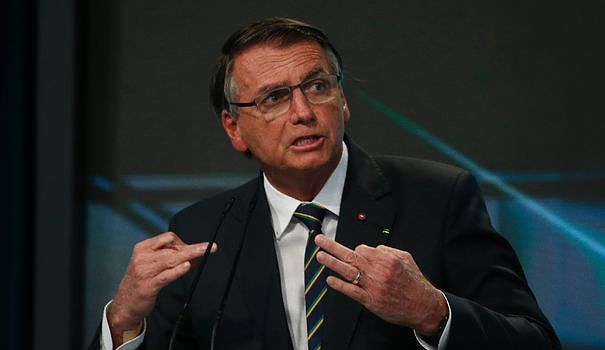 Left-wing leader Luiz Inacio Lula da Silva, who could beat him in the election on Sunday, has already had a run-in with the media during his two presidencies (2003-2010) and sparked fears by proposing press regulations .

But the past four years have been "very difficult", said a journalist covering the far-right government in Brasilia who preferred to remain anonymous.

There has never been so much hostility towards the press as under Bolsonaro, who considers it "unpatriotic", Arthur Ituassu, professor of political communication at the Catholic University of Rio, told AFP.

For the president, she is "an enemy to be defeated".

Brazil has fallen since 2018 from 110th to 180th place in the Reporters Without Borders (RSF) ranking on press freedom. For RSF, Bolsonaro "regularly attacks the media and journalists in his speeches".

"When he doesn't like the question or doesn't know how to answer it, the most common method is to attack the messenger," notes the reporter from Brasilia.

"You are a disgrace to Brazilian journalism!" he thus launched in full televised debate of the candidates to Vera Magalhaes, a respected journalist who questioned him on the corruption.

"I want to shut your mouth with my fists," he told a reporter for the major daily O Globo who questioned him about suspicious payments to his wife Michelle's account.

Bolsonaro was ordered to pay compensation to Patricia Campos Mello, another high-profile journalist, after he insinuated that she had obtained negative information about him after performing sexual favors on his source.

If he grants his favors to the small radio-television Jovem Pan, which supports him, Bolsonaro has not authorized the press to follow him closely, including in these times of the electoral campaign.

However, he attended the three debates between the candidates on television and took part in a long interview on TV Globo, a media he hates.

But, like his model former US President Donald Trump before him, he communicates extensively on social networks where Bolsonarists "operate much more effectively than traditional parties", says Amaro Grassi, analyst at the Getulio Vargas Foundation.

On the ground, journalists are sometimes taken to task, even manhandled, by Bolsonarists who accuse them of lies and manipulation.

This is what often happened in front of the Alvorada Palace in Brasilia, where fans of the president waited in the morning for him to appear to chat or take selfies with him.

Jair Bolsonaro has often taken the opportunity to let off steam on the media, to the cheers of his supporters.

"It was exhausting", says a journalist, "you could be expelled at any time". The press ended up not going there anymore.

"There is no institutional space where to question the president", notes this journalist. Bolsonaro also does not respond to requests for interviews from the international press.

Lula and her successor, Dilma Rousseff (2011-2016), also had conflicts with the press, which revealed numerous corruption scandals under the left.

But access to leaders was easier, say journalists in Brasilia who hope for a return to "normality" if Lula wins, while fearing a spirit of "revenge".

In a meeting on September 24, the ex-president complained. "For five years we were grilled by the media," he said of his corruption trials and imprisonment before the Supreme Court overturned his convictions.

Lula announced that he was going to review the law on the media in order to combat monopoly situations and to regulate social networks, in a state of "putrefaction".

"I don't want to control anything," he assured, "I don't want a communication model like in Cuba or China, but like in England."