Brazil: in the Lula-Bolsonaro duel, the names of birds fuse 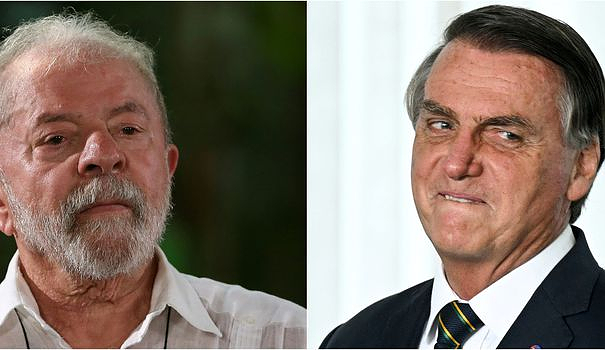 - Bolsonaro on Lula, the "crook" who "surpassed Al Capone" -

On September 7, in front of supporters on the beach of Copacabana, in Rio de Janeiro, the day of the bicentenary of the Independence of Brazil.

- "This thief thinks that family values ​​are synonymous with turning back the clock. If we have to fight against Lula's gang, we will!".

On September 24, during a meeting in Campinas, near Sao Paulo (southeast).

- "Liar, ex-prisoner, traitor to the homeland!".

On September 28, during the last televised debate before the first round of the presidential election, on TV Globo.

On October 7, during a fiery press conference at the presidential palace of Alvorada, in Brasilia.

Tweet from October 7, in response to a post by Lula who said: "Bolsonaro is nervous, he insults me. But he must know that a head of state cannot be nervous".

- "He's a big liar, a crook, a corrupt man, a bandit without faith or law. (...) Lula has surpassed Al Capone. Poor Al Capone, he was just a pick-pocket next to Lula" .

October 9, in an interview with the Pilhado channel, on Youtube.

- Lula on Bolsonaro, "genocidal" and "cannibal" -

- "The genocidaire who governs this country is received by no one (abroad) and no one wants to visit us. He is a Holocaust denier".

On August 2, during a meeting in Campina Grande, in the state of Paraiba (northeast)

- "Bolsonaro is the hostage of Parliament, he looks like the king's jester".

August 25, during an interview with TV Globo's evening news.

- "The pro-Bolsonaro protests looked like a Ku Klux Klan meeting. Only the hoods were missing."

On September 8, during a meeting in Nova Iguaçu, a poor suburb near Rio de Janeiro. He was referring to the September 7 protests on Copacabana beach.

- "We are not fighting against a normal adversary (...) He is a man without soul, without heart, who did not shed the slightest tear for the 680,000 victims of Covid" in Brazil.

On October 7, in Sao Paulo, in a speech alongside Senator Simone Tebet, who won third place in the first round.

- "He has this side a little raw formwork, like the dunghills of the rural areas of the State of Sao Paulo".

On September 22, during an interview during the variety show of Ratinho, one of Brazil's most popular presenters, on the SBT television channel.

- "He told the New York Times that he could eat human, native flesh. But if he thinks he can bite a guy from Pernambuco (Lula's home state), he's going to die poisoned".

On October 9, during a meeting in Belo Horizonte (southeast). An allusion to an interview dating from 2016 in which Jair Bolsonaro, then a simple deputy, affirmed that he would be able to eat indigenous human flesh.

The day before, in Campinas, Lula had said that foreign investors did not want to go to Brazil "for fear of being eaten by the cannibal".