Bolsonaro, a disturbing absence at the top of the state in Brazil

It was only after more than two weeks of confinement often interpreted as a sign of a furious inability to accept defeat that a first official explanation was provided. 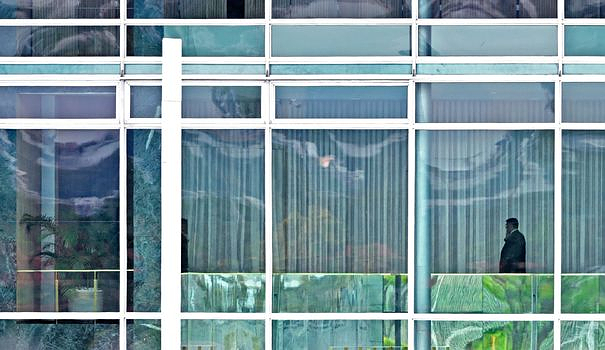 It was only after more than two weeks of confinement often interpreted as a sign of a furious inability to accept defeat that a first official explanation was provided.

The retirement of Bolsonaro, 67, in his Alvorada palace since October 30, is due to erysipelas, a bacterial infection of the skin affecting a leg, assured his vice-president, Hamilton Mourao, on Wednesday.

Information still unconfirmed at the end of the week by the presidency and which did not convince.

The same vice-president declared just before to the daily Valor that Bolsonaro was making "a spiritual retreat". General Mourao even seemed to think that Bolsonaro's confinement could last until the end of his term.

"I am not the president. I cannot hand over the presidential sash to Luiz Inacio Lula da Silva, he told Valor, in case Bolsonaro refuses this ritual on the day of his enthronement. successor, January 1, 2023.

On the evening of his defeat, by the narrowest margin in modern electoral history, Jair Bolsonaro preferred to go to bed rather than recognize the victory of the leader of the left as is customary in a democracy.

Two days later, he reappeared for a short, martial and convoluted speech, acknowledging his defeat in half a word, while evoking the "indignation" and "the feeling of injustice" of his supporters.

His accounts on social networks, hyperactive under his presidency, have been almost silent for almost three weeks.

The president of the first economy in Latin America was made to wear pale at the G20 summit in Bali this week, as at the COP27 in Sharm el-Sheikh.

He was also replaced by his vice-president for the presentation of the credentials of several ambassadors, including that of Argentina, as confirmed to AFP by a diplomatic source from this country.

His official agenda, communicated by the presidency, is very thin: here and there half-hour meetings with a minister or an adviser, always at the Alvorada.

Bolsonaro also dropped his Thursday night live on Facebook where he rambling monologue to his loyal base about his administration.

For Oliver Stuenkel, of the Getulio Vargas Foundation (FGV), the presidential silence is above all strategic.

"He cannot recognize the result (of the election) officially, but he also cannot challenge it explicitly for fear of problems with electoral justice," he told AFP.

"Keeping silent is the best solution" for Bolsonaro. "He does not want to lose the support of his most radical supporters who are demonstrating in front of army headquarters" in favor of military intervention. And it works".

On Tuesday, a public holiday, there were still thousands protesting in the big cities against Lula's "stolen" victory.

On social networks, Internet users leaned towards a depression, even a psychic collapse of the “captain”.

“He is depressed and apathetic. His defeat destroyed his immunity,” quipped one on Twitter. "But where is this injury that prevents Bolsonaro from working?" Asked another, "To his leg? To his ego?".

Sylvio Costa, founder of the Congresso em Foco site, does not rule out that "denial has evolved into depression" at Bolsonaro who "has, in fact, stopped working".

"This is his first defeat after nine electoral victories" since 1988: Bolsonaro was elected councilor of Rio, seven times deputy, then president.

"His friends desert him, he is the subject of dozens of complaints and investigations and fears prison. He feels lost," says Mr. Costa.

What can happen between now and the end of his term?

The vacancy at the top of the state creates a worrying situation for national security. “One wonders if the president would be ready to take the necessary measures in the event of an emergency for the nation,” said Oliver Stuenkel.

Sylvio Costa recalls that Bolsonaro is "totally unpredictable". “He can “remain confined, or reappear with a putschist speech and cause as much turbulence as possible” for the government of Lula, he advances.

In the meantime, Lula was received as a head of state at COP27, and multiplied high-level meetings, ensuring, a little before the hour: "Brazil is back!"

"During an election, those who win laugh and those who lose cry. I have the impression that the one who has just been beaten does not know how to lose," said the president-elect on Saturday in Lisbon.