Sensitive to the environmental cause for a long time, the new King Charles III is a botanic and gardening madman. 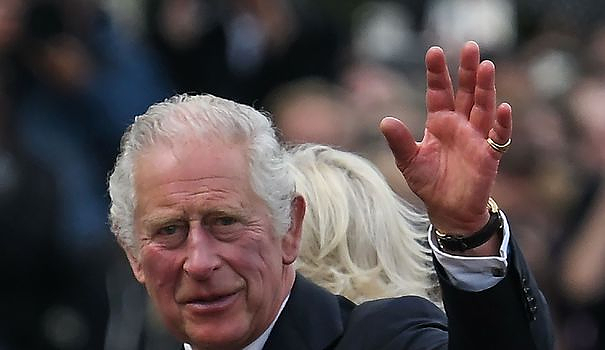 Sensitive to the environmental cause for a long time, the new King Charles III is a botanic and gardening madman. As early as 1986, he converted his Highgrove farm to organic farming. But, we know less, the new king is also a fervent apostle of biodynamics, a set of agricultural practices imagined by the occultist Rudolf Steiner (1861-1925). Founder of anthroposophy, this polygraph multiplied esoteric writings, mixing reincarnation, karma and demonic entities, and gave his doctrine practical variations, in education (Steiner-Waldorf schools), health (anthroposophical medicine) or, therefore, agriculture (biodynamics).

In 2016, speaking via video to the biodynamic association in Italy, the Prince of Wales castigated "evidence-based science" and touted the "visionary advice" of Rudolf Steiner. In 2017, he went so far as to deliver the opening speech at the international congress on biodynamics, organized by the agricultural section of the Ecole libre de science de l'esprit. "Be the holy of holies of anthroposophy", decrypts Grégoire Perra, "repentant" anthroposophist who has become the main critic of the movement in France. "It's not a public symposium, it's a ceremony that begins with readings of Steiner's mantras." Once again, the heir to the throne praises it and criticizes "reductionist scientific thinking". A term that owes nothing to chance. "Steiner criticized contemporary science by explaining that it had too narrow a point of view", underlines Grégoire Perra.

Something to seduce Charles, who once said he was "proud to be considered an enemy of the Enlightenment". In his book Harmony: a new vision of the world (2010), he laments that "the spiritual dimension of our existence" has been "dangerously neglected in modern times". In it, he describes biodynamic agriculture as "a method of producing food that comes even closer to the natural processes of agriculture and all of nature's life cycles". In reality, this practice is based on mysterious "cosmic" forces. To "energize" the soil, she recommends storing cow dung for several months in horns buried in the ground, before diluting everything in homeopathic doses (between 3 and 4 CH) for spraying. Other preparations use deer bladders, bovine intestines or the skulls of domestic animals. Biodynamics also respects lunar and astrological rhythms, while the influence of the stars on the growth of plants, an ancient belief, has never been demonstrated...

"Steiner wanted to be clairvoyant, supposedly reading into the future as well as the past. But not a single one of his concepts has been scientifically validated," criticizes the German freelance journalist Oliver Rautenberg, a specialist in anthroposophy. "In 1924, Steiner mentioned soil fertilization. Today, Demeter (the brand that certifies biodynamic products, editor's note) claims that it regenerates the soil, while it uses magical remedies such as the horns of cow and homeopathic doses. Of course, agriculture without pesticides is virtuous. It's organic farming. But the esoteric protocols of Demeter, supposed to capture cosmic forces, add nothing. It's only pseudo -science," he says.

The astonishing interest of the son of Elizabeth II for "ancestral wisdoms" and "Mother nature", concepts to which he often refers, is not limited to biodynamics. Quite the contrary: the former Prince of Wales has a real passion for alternative medicine, even to the point of becoming one of the very first lobbyists. "He did everything in his power to encourage their development. It's unfortunate, because it helped give respectability to a field that doesn't deserve it," laments Edzard Ernst, professor emeritus at the University. of Exeter and author of a recent book on this unknown side of the new sovereign (Charles, the alternative Prince, an unauthorized biography, not translated).

In 1982, the Prince of Wales, then aged 34, was elected to the honorary post of President of the British Doctors' Association. For his introductory speech, the young man, a history graduate and devoid of any medical skills, launches into a frontal attack on "modern medicine". In front of an audience of caregivers, he praises healers who "are not only interested in the body, but also in the mind, the environment and the patient's relationship to the cosmos". The tone is set. Thereafter, he will be involved successfully in the battle for the recognition of osteopathy and chiropractic, two alternative medicines based on manual manipulations. He also creates a foundation for the promotion of "integrative health", which aims to bring alternative therapies into the NHS, the British national health system. Partly under his influence, the government will finance a report on the economic interest of alternative medicine, and a clinical study on their benefits. Their methodologies, much criticized, however, will not allow to draw any conclusion, and the Foundation itself will end up closing, under the background of financial embezzlement.

More surprising for a member of the royal family, the Prince of Wales also tried to launch himself into the marketing of food supplements with a "detox" product, based on artichoke and dandelion. Under the fire of criticism from the medical profession, it was quickly withdrawn from the market. Charles' image will come out of it somewhat tarnished. But despite these setbacks, the heir never lets go. Notes to successive Ministers of Health, letters to the press, and even... a speech before the General Assembly of the World Health Organization (WHO) in Geneva: he devotes a large part of his time to defending complementary medicine, which he seems to see as a real mission.

It must be said that, from his childhood, little Charles was bathed in a climate favorable to pseudo-sciences. It is almost a family tradition since since its invention two centuries ago by a German doctor, homeopathy has always occupied a large place at Buckingham Palace. Elizabeth II had her homeopath appointed for a long time, and the queen mother, Charles' grandmother, treated the little boy with small white pellets. But the prince remains the only one in the family to have been so passionate about all the other practices: aromatherapy, iridology (disease diagnoses from the analysis of the iris of the eyes), or even the disturbing "Gerson therapy " (nutritional rules supposed to cure cancer, which actually endanger patients). "Among alternative medicines, some can sometimes be of interest, but Charles has always been infatuated with the worst theories there are", notes Edzard Ernst.

A craze which probably came to him, according to the professor and author, from his meeting, young, with the writer Laurens van der Post. "He was a notorious plotter, but he was charismatic and steeped in mysticism. He did not introduce Charles to alternative medicine in particular, but he took him away from science to bring him towards pseudo-sciences , and finally the anti-science", says Edzard Ernst.

On Twitter, Oliver Rautenberg portrayed Charles III as a "science denier". "If like Charles, you lobby for homeopathy and biodynamics, you deny science, that's very clear," explains the journalist. After his thread, he received many hate messages on social networks. "As Charles has done good things for the environment, we shouldn't criticize him on homeopathy. But one has nothing to do with the other!".

With his accession to the throne, however, the new king will now have to refrain from taking any position favorable to alternative medicine. "It could be good news, but I fear that he will discreetly continue to pull the strings to advance his cause. And with his position, he can have influence", anticipates Edzard Ernst. Now retired, this researcher knows what he is talking about. After several times taking public positions opposed to those of Charles, he had to undergo an investigation by his university and his chair, the only one in the world dedicated to the scientific study of alternative practices, closed. In the kingdom of Charles, it is not good to defend rationality...