Alexander Falk was once a multimillionaire and a star of the "New Economy" - now he has to go to prison for a second time for a crime. 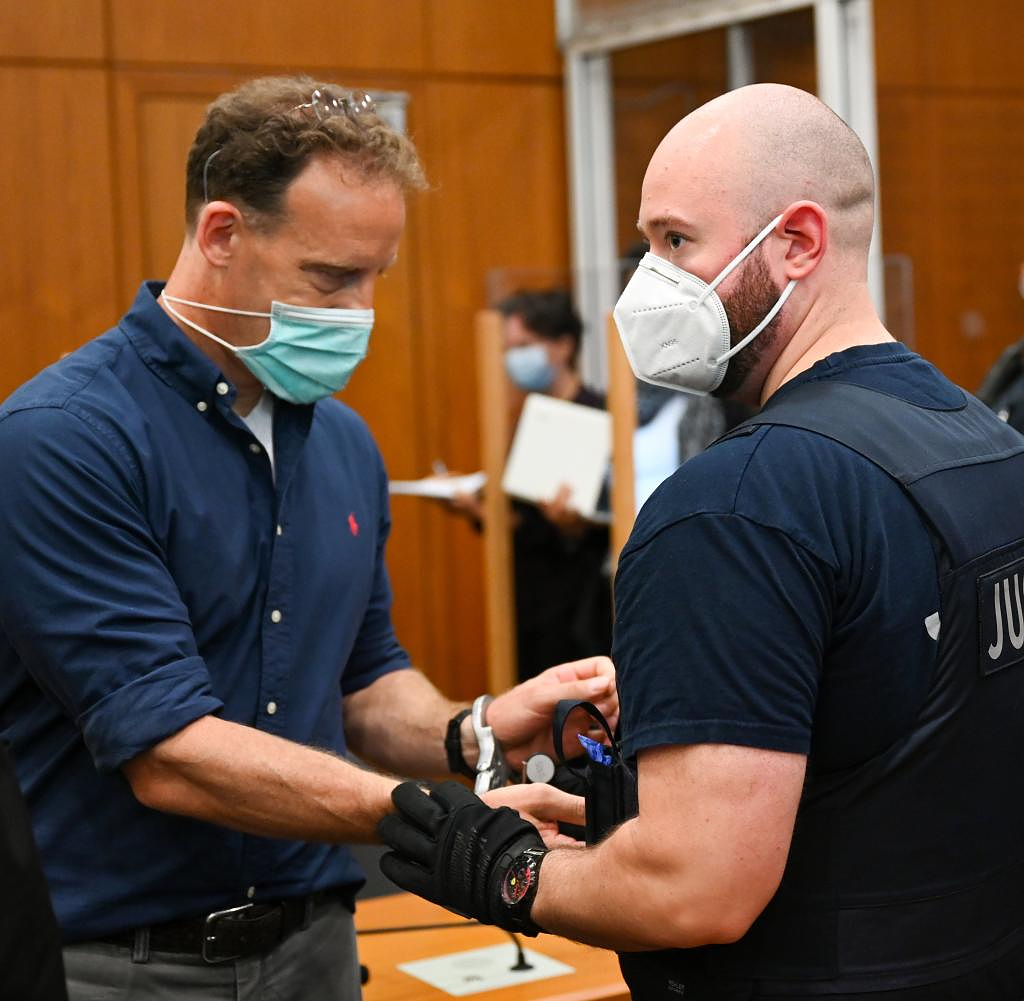 Alexander Falk was once a multimillionaire and a star of the "New Economy" - now he has to go to prison for a second time for a crime. The Frankfurt regional court had sentenced him to four and a half years in prison because the Hamburg publisher heir allegedly hired a criminal to shoot a business lawyer.

However, Falk appealed against this decision at the Federal Court of Justice (BGH). On Wednesday, the judges rejected the appeal and so the judgment of the Frankfurt district court from July 2020 is final and the former stock market star will most likely have to go to prison.

The story almost sounds like a movie. As a young man, Falk (now 53) very successfully invested the money from the sale of his father's well-known city map publishing company in Internet companies. In the meantime he was one of the 100 richest Germans.

Then the deep fall: In 2008, Falk was sentenced to four years in prison for attempted fraud because he had embellished the value of his company through bogus transactions and sold it at an inflated price.

As a result, he faced claims for damages in the millions. The attacked lawyer had worked for the other side. When he was about to get into his car in front of his house in Frankfurt in February 2010, an unknown gunman shot him in the thigh at close range. There had been anonymous calls before, once the front door had been smashed in with a hammer.

The investigators groped in the dark for years - until 2017, a key witness appeared who accused Falk. The man known to the police benefited from his statement, because the attack victim's former law firm had offered a reward of 100,000 euros.

Falk's wife had testified in the Frankfurt trial that the family had been blackmailed by the man. In fact, a tape recording believed to be key evidence turned out to be partially tampered with. The district court had nevertheless come to the conclusion that Falk had commissioned the crime from a pair of criminal brothers from Turkey - out of anger, revenge and offended honor. He felt "hated and persecuted" by the lawyer.

An SMS that Falk had received five days before the crime played an important role in this. The sender informed him that "grandma" would soon be getting her "deserved spa stay".

At the beginning of the trial, Falk himself said in a comprehensive statement that he was in custody for an act that he did not commit. "Commissioning a cowardly attack contradicts everything that is important to me, my upbringing, my values, my sportsmanship." He only gave the order to obtain data from the lawyer or other members of the office in order to prove his innocence be able.

After almost a year of trial, Falk was convicted in July 2020 of inciting dangerous bodily harm. After 22 months in custody, he was released because there was no risk of collusion or escape. The BGH had negotiated in July 2022 and actually wanted to announce its judgment in August. However, the appointment had been canceled just a few hours in advance for "official reasons".

‹ ›
Keywords:
FalkAlexanderHamburgTexttospeechAlexander FalkBGH (Bundesgerichtshof)Landgericht FrankfurtBundesgerichtshofKrimiNew EconomyKarlsruheAnschlagBörsenstarKuraufenthaltWirtschaftsanwalt
Your comment has been forwarded to the administrator for approval.×
Warning! Will constitute a criminal offense, illegal, threatening, offensive, insulting and swearing, derogatory, defamatory, vulgar, pornographic, indecent, personality rights, damaging or similar nature in the nature of all kinds of financial content, legal, criminal and administrative responsibility for the content of the sender member / members are belong.
Related News