Behind the gas surge in Europe, the specter of a global shortage of fertilizers

Synthetic fertilizers called NPK - made from nitrogen, phosphorus or potash - have never been so expensive: international prices have tripled between the beginning of 2021 and mid-2022. 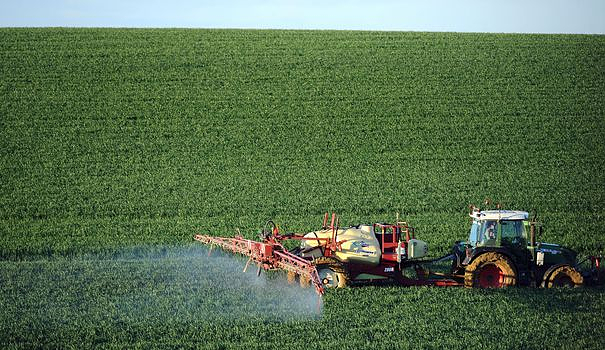 Synthetic fertilizers called NPK - made from nitrogen, phosphorus or potash - have never been so expensive: international prices have tripled between the beginning of 2021 and mid-2022.

“The difficulty of my job is to predict where they are going to be in the next 18 months,” admitted Joel Jackson, managing director and fertilizer market analyst at BMO Capital Markets, in July during an analyst conference in the United States. United.

In Europe, NPK fertilizers are at a "historic" level, as they are indexed to gas prices - which constitute 90% of the production costs of nitrogen fertilizers such as ammonia and urea. However, natural gas continues to surge as Russia at war with Ukraine closes the gas supply tap to the old continent that supports Ukraine.

To maintain their profitability, several European fertilizer manufacturers are ceasing their production of ammonia, obtained by combining nitrogen from the air and hydrogen from natural gas. What had not happened since the financial crisis of 2008.

At more than 300 euros per MWh of gas today, "against 20 euros on average over the past 10 years", "we have a big problem: it no longer works for all those who manufacture ammonia, because the gas is 10 to 15 times more expensive than before", explains to AFP Nicolas Broutin, boss of the French subsidiary of the Norwegian producer Yara, European number one in nitrogen fertilizers.

Yara announced Thursday that it would further reduce its ammonia production in Europe due to the price of gas, using only 35% of its production capacity on the old continent.

For the same reasons, it had already stopped twice since the beginning of the year its factory in Ferrara in Italy and suspended production for three weeks in that of Le Havre in France. In total, Yara will miss 3.1 million tons of ammonia and 4 million tons of finished products.

This week, the first Polish producer Azoty announced that it was suspending 90% of its ammonia production, and the first Lithuanian producer Achema also announced the shutdown of its plant on September 1.

In Hungary, Nitrogenmuvek is shut down, and the Borealis plant at Grandpuits in France is due to shut down in September and October, according to a publication by analyst firm Argus.

"The risk of shortage if all of Europe stops is real, there may be a resource problem because we manufacture fertilizers in winter in anticipation of spring 2023", adds Mr. Broutin.

Farmers also risk running out of potash because of sanctions against Russia, one of the main producers, and sanctions against Belarus, "responsible for one-sixth of the world's potash production", recalls Joël Jackson.

Before the war, Russia was the world's largest exporter of NPK fertilizers.

The UN boss recalled that Russian fertilizers and agricultural products were exempt from sanctions and should be able to freely access world markets "unhindered", at the risk of a global food crisis in 2023.

Brazil, an agricultural power of which Russia is the leading supplier of fertilizers, "has already become aware of its dependence which will weigh on the 2023 agricultural campaign", underline the experts of the world guide Cyclope of raw materials.

“It is in 2023-2024 that the increase in fertilizer prices and possibly their lower use will be felt,” adds the Cyclope, which expects “significantly reduced” agricultural production in Africa.

In the globalized world of fertilisers, these disturbances, for the moment mainly European, do some business.

To do without Russian gas, European producers have been importing ammonia from North America or Australia since the end of 2021, according to Mr. Broutin.

Some see it as an advantage for organic fertilizers (manure etc.) or those produced from "green" hydrogen.

In the meantime, the world number one in fertilizers, the Canadian Nutrien, will increase its production of potash to compensate for any Russian or Belarusian failures. Joel Jackson expects Nutrien's profits to at least double this year.