Martin Schindler celebrated his first victory at the Grand Slam of Darts. 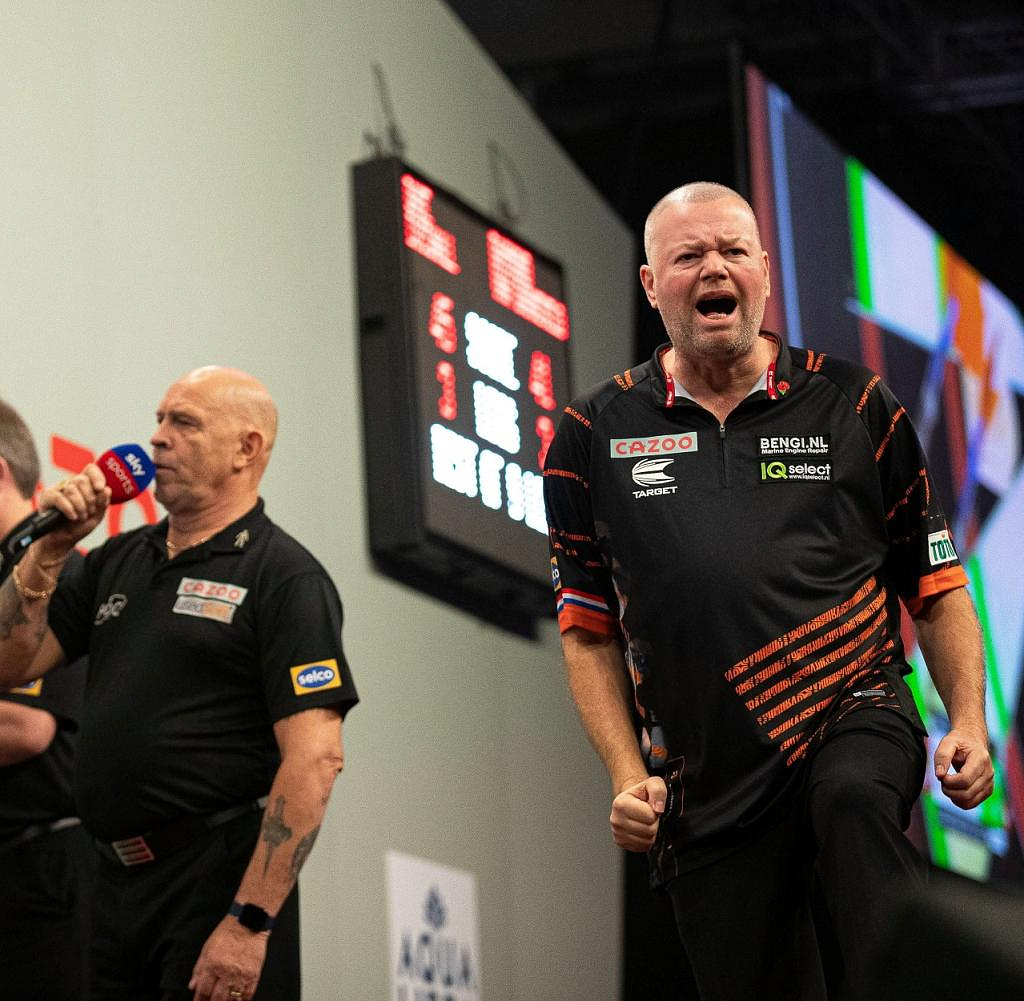 Martin Schindler celebrated his first victory at the Grand Slam of Darts. The only German starter defeated Adam Gawlas 5:3 on the 2nd matchday of group D and thus still has every chance of reaching the round of 16 for the first time before the final group game on Monday (from 8 p.m., Sport1 and DAZN live). In his previous three participations in 2018, 2019 and 2021, the 26-year-old was always eliminated as the bottom of the table.

In his last duel, "The Wall" meets Rob Cross, who is unbeaten at the top of Group D, in Wolverhampton.

Paradoxically, unlike his unfortunate 4-5 opening defeat on Saturday against Dirk van Duijvenbode, Schindler was rarely able to convince against Gawlas, played an average of 90.25 and hit 38.5 percent of the double courts, but benefited from the weaknesses of his opponent and ultimately lived up to his position as a favourite.

After a mixed start, he set a first sign with a 150 checkout to break in the third leg, but then missed two darts to make it 3-1 and promptly conceded the re-break and shortly afterwards the 2-3. The Czech then missed three shots for what was probably a decisive second break. Schindler punished him with the first converted arrow on double 18 after 22 darts to a happy 3:3.

A check that Strausberger was able to use at the turning point. In twelve darts he convincingly got the 4:3 but then missed a match dart like against van Duijvenbode. Gawlas, who would have had the advantage of the throw in the decider, was given another chance to equalize but missed his two attempts on doubles, dropping his doubles quota to 20 percent, while Schindler took the win with the third dart on double-five made perfect.

Old master Raymond van Barneveld caused a surprise. Like Schindler, the 2007 PDC World Champion had only secured a ticket for Wolverhampton a week earlier at the last qualifying tournament and continues to present himself in strong form.

At the start of Group A he had already set an exclamation mark by beating top 16 player Dave Chisnall. Now he got the upper hand in a high-class match against Gerwyn Price. The Welshman played an average of 105.99 but was left behind in the decider.

Thanks to a double rate of 55.6 percent, the Dutchman was satisfied with a shot average of just over 100 points to qualify early for the round of 16.