Federal Foreign Minister Annalena Baerbock (Greens) has harshly criticized Iran and announced that further sanctions will be imposed on the regime in Tehran. 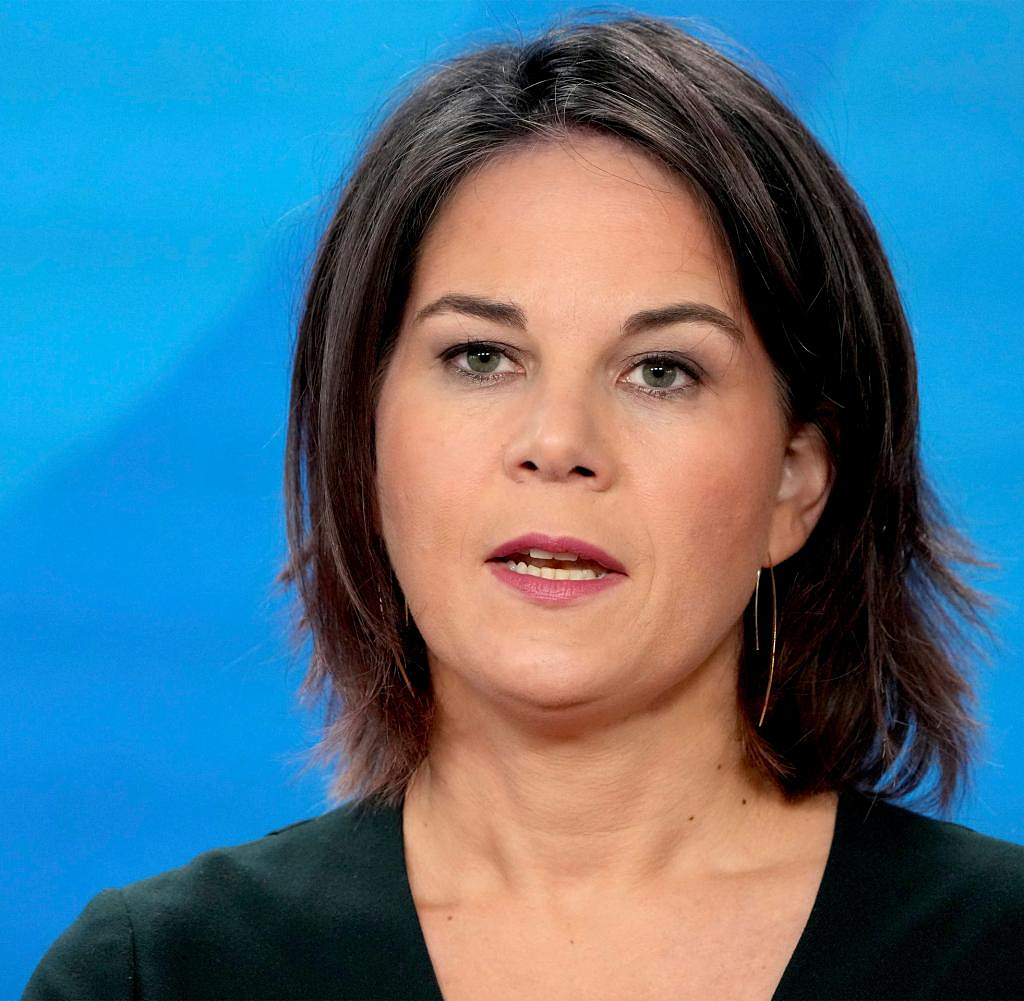 Federal Foreign Minister Annalena Baerbock (Greens) has harshly criticized Iran and announced that further sanctions will be imposed on the regime in Tehran. "Anyone who beats up women and girls on the street, abducts people who want nothing more than to live freely, arbitrarily arrests them and sentences them to death is on the wrong side of history," said Baerbock of the "Bild am Sonntag".

“We will ensure that the EU imposes entry bans on those responsible for this brutal repression and freezes their assets in the EU. We say to the people of Iran: We stand by you and stay by your side!” The calls from the people on the streets in Iran for self-determination are deafening. Only the Iranian government is playing deaf. But they will "not let up in our solidarity," said the Foreign Minister.

According to civil rights activists, the protests triggered in Iran after the death of 22-year-old Mahsa Amini are continuing. Amini was arrested in Tehran on September 13 for allegedly violating the rules on wearing a headscarf. She died three days later. There is conflicting information about the circumstances of her death. According to state information, a coroner came to the conclusion that Amini had not died from being beaten in police custody, but as a result of a previous illness.

The death of the young Kurd unleashed a nationwide wave of protests, which have long been directed against the country's leadership and the restrictions on civil liberties in general. According to civil rights groups, the protests have killed more than 150 people, injured hundreds, and arrested thousands.

Protesting schoolgirls, striking workers and violent clashes between demonstrators and security forces: The massive protests in Iran against the death of Mahsa Amini have not stopped even after three weeks. Amini's father on Saturday dismissed the Iranian authorities' official explanation for his daughter's death.

"I saw with my own eyes that blood had come out of Mahsa's ears and neck," the London-based Persian-language TV station Iran International quoted the 22-year-old's father as saying.

The Forensic Medicine Organization of Iran (IMO) said on Friday that Amini died "not from beatings" but as a result of a surgical procedure that was performed on her when she was eight years old for a brain tumor.

Mahsa Amini died on September 16 after being arrested by vice squads in Tehran three days earlier on charges of not wearing her headscarf in accordance with regulations. According to activists, she was beaten in police custody and died of a head injury. The police deny any responsibility for the death of the young woman. Amini's death sparked a wave of protests against the oppression of women in Iran.

Iran's ultra-conservative President Ebrahim Raisi appeared at the start of the semester with students from Tehran's Al-Sahra Women's University. At the same time, young women on campus chanted "Death to the oppressor," according to the Oslo-based group Iran Human Rights (IHR).

Raisi said the Iranian students would not fall for the "enemy" and they would fail. He blames foreign forces for the wave of protests against the leadership in Tehran. On Saturday evening he met the head of the judiciary and the speaker of parliament, as reported by the state news agency IRNA.

At a school in Amini's hometown of Saghes, in Kurdistan province, girls chanted "Woman, Life, Freedom" and protesters took off their headscarves on the street and waved them over their heads, videos taken on Saturday showed, according to the Norway-based human rights organization Hengaw . Schoolgirls also protested in Sanandaj, the capital of the province of Kurdistan.

Horrific video footage of a man shot dead at the wheel of his car circulated online from Sanandaj. Provincial police chief Ali Asadi said the man was "killed by anti-revolutionary forces." A video also circulating showed how angry men appeared to be chasing after a member of the city's feared Bassij militia and beating the man.

A large banner was placed on a highway overpass in Tehran that read: “We are no longer afraid. We will fight,” according to images verified by AFP news agency.

The Isna news agency reported a massive presence of security forces in Tehran and especially in the vicinity of universities. There are "isolated" gatherings in Tehran. Street protests also took place in Isfahan, Karaj, Shiraz, Tabriz and other cities, London-based Iran Wire reported.

‹ ›
Keywords:
NewsteamBaerbockAnnalenaIranPolizeiIran WireAnnalena BaerbockSchiraIsnaAminis Heimatstadt SaghesGrüneMahsa AminiTeheranLondonIsfahanKrimiSanandadschKurdistan
Your comment has been forwarded to the administrator for approval.×
Warning! Will constitute a criminal offense, illegal, threatening, offensive, insulting and swearing, derogatory, defamatory, vulgar, pornographic, indecent, personality rights, damaging or similar nature in the nature of all kinds of financial content, legal, criminal and administrative responsibility for the content of the sender member / members are belong.
Related News