Avian flu is spreading – 3,500 animals have been killed so far

The bird flu is spreading further in north-eastern Germany. 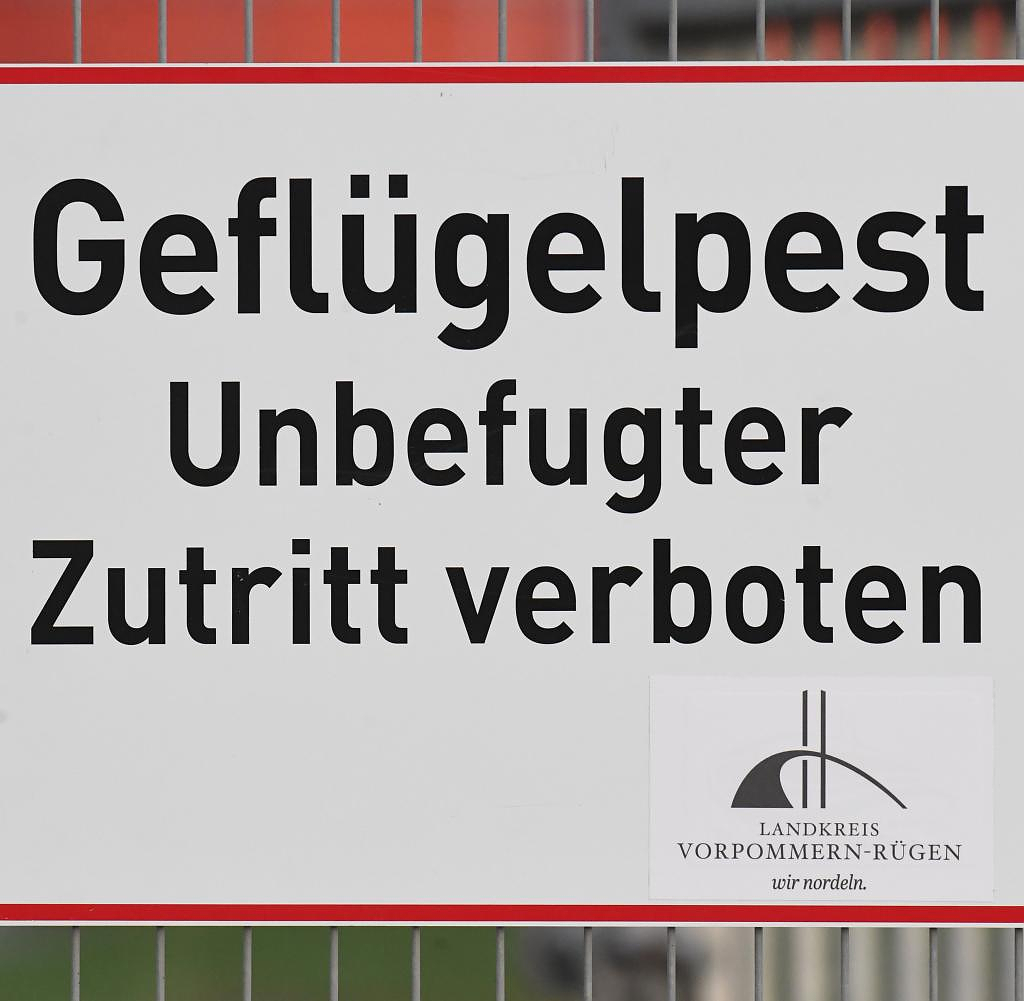 The bird flu is spreading further in north-eastern Germany. As a spokesman for the Schwerin Ministry of Agriculture said on Tuesday, the veterinary authorities in Mecklenburg-Western Pomerania are now aware of 52 outbreaks and some suspected cases of avian influenza. There are also some outbreaks in the Meyenburg (Prignitz) region and the Uckermark in northern Brandenburg. Also from there breed poultry breeders had on weekend 19./20. November took part in the state show of breed poultry breeders in Demmin (Mecklenburg Lake District). There, the first animals had been infected with the highly contagious H5N1 virus.

The number of bird flu outbreaks has more than doubled within a week, it said. All six MV districts are affected. Only in the Hanseatic city of Rostock has there been no case so far. So far, according to the ministry, more than 3,500 ducks, chickens, pigeons and other poultry have had to be humanely killed.

The state show in Demmin took place for the first time since the corona pandemic. There, more than 200 keepers with around 2,200 mostly valuable breeding animals, including rare breeds, took part, including breeders from northern Brandenburg.

According to the district, the exact cause of how the virus got into the animal show is unclear and may no longer be clarified. The H5N1 virus could have entered Demmin via litter material, breeders, animals or visitors. The risk of infection should drop again after three weeks. The momentum hasn't slowed down yet. Not only exhibition animals are affected, but these can also carry the virus into domestic stocks. According to the ministry, no larger commercial poultry farm has been affected so far. There are restricted areas in Strasbourg and in the border region to Brandenburg.

‹ ›
Keywords:
Vogelgrippe (bei Tieren)TierkrankheitenNewsteamGeflügelpestTexttospeechDemminBrandenburgUckermarkNordbrandenburgNorddeutschlandStraßburgH5N1VirusRassegeflügelzüchterLandesschauGesundheit
Your comment has been forwarded to the administrator for approval.×
Warning! Will constitute a criminal offense, illegal, threatening, offensive, insulting and swearing, derogatory, defamatory, vulgar, pornographic, indecent, personality rights, damaging or similar nature in the nature of all kinds of financial content, legal, criminal and administrative responsibility for the content of the sender member / members are belong.
Related News