Today, March 22nd, the Municipal School of Music of Churriana de la Vega began the auditions for the public to showcase the repertoire they've prepared during the second term of music classes at the musical education center. 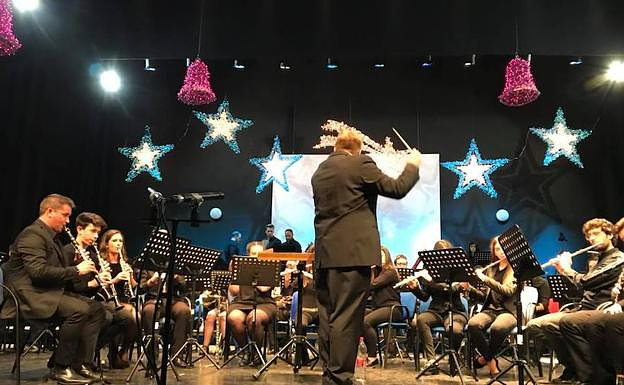 Today, March 22nd, the Municipal School of Music of Churriana de la Vega began the auditions for the public to showcase the repertoire they've prepared during the second term of music classes at the musical education center. These concerts will be held until March 28. The town's future musicians will be performing at the Palace of Performing Arts and Music, accompanied by their instruments. They will delight the audience with their progress since the start of the year.

The auditions started on March 22 with cello students at 5:05 p.m. and were followed by guitar players at 6:15 p.m. March 25 will see the continuation of the auditions with trumpet and trombone musicians. They will perform their pieces at 5 p.m. and guitar students will be enjoying their piece with fellow percussionists.

The activities will continue the day after with auditions for the clarinetists from the center at 5:00 pm. They will end with flute, horn, and saxophone students starting at 7:00 pm. Auditions for the second term of the center's singing students will continue on March 27, with Laura Penalver and her piano students at 5:00 p.m. The concert series with Antonio Jerez's students on piano will conclude at 5:00 p.m. and be followed by the school’s violinists at 6:30.

In 1994, the Churriana Municipal School of Music was established to promote classical music as an artistic medium. More than 200 students are enrolled in the school, which enjoys the many benefits of music year after year. The Municipal Center of Culture of the municipality is where the activities of the educational centre are conducted. It's located at calle San Ramon number 13.

‹ ›
Keywords:
ComienzanAudicionesSegundoTrimestreEscuelaMunicipalMúsicaChurrianaVega
Your comment has been forwarded to the administrator for approval.×
Warning! Will constitute a criminal offense, illegal, threatening, offensive, insulting and swearing, derogatory, defamatory, vulgar, pornographic, indecent, personality rights, damaging or similar nature in the nature of all kinds of financial content, legal, criminal and administrative responsibility for the content of the sender member / members are belong.
Related News