At the Aquapolis in Limoges, resentment at the brutally closed doors

"Due to the energy crisis, your aquatic center is temporarily closed", reads a poster hung on the barrier preventing access to the parking lot of the site, property of the Vert Marine group which announced, Monday, the same decision for about thirty swimming pools in France. 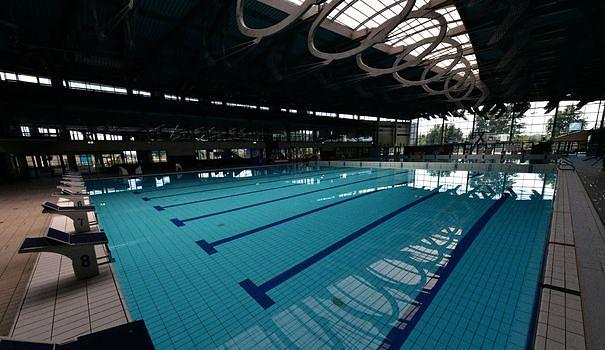 "Due to the energy crisis, your aquatic center is temporarily closed", reads a poster hung on the barrier preventing access to the parking lot of the site, property of the Vert Marine group which announced, Monday, the same decision for about thirty swimming pools in France.

A few people walk past the entrance, like Victoria Cano, 32, who bought a 10-pass card for her son a few days ago.

“Forty-five euros, that represents a cost. I came to see if we could be reimbursed but there is no one. My mother and my little brother have a subscription. We took the money from them on Saturday. And we don't know if we can get reimbursed," she says, annoyed.

For Josiane Déchaux, swimming is almost vital. This resident of Limoges suffers from ankylosing spondylitis (chronic inflammation of the joints) and has been going to the swimming pool for years as part of her care.

"I swim three times a week and I stay between 2 and 3 hours each time. It does me a lot of good. There, I risk regressing. I don't know how I'm going to do it," she said.

"Users are worried, they think that the Aquapolis will remain closed for a long time", summarizes Fabien Doucet, vice-president of Limoges Métropole, who has delegated the management of the aquatic center to Vert Marine.

Denouncing a "unilateral and brutal" decision, the community gave the Rouen company formal notice on Tuesday morning to reopen the pools within 24 hours. "We hope to be heard by Vert Marine. Otherwise, we will go to court even if it is not what we want," said Mr. Doucet.

“In public service contracts, there is a hardship clause,” retorts Thierry Chaix, president of Vert Marine. "And the tenfold increase in the price of energy was not really planned."

"I can assure you that the swimming pool will not be open within 24 hours. It's impossible. If Mr. Doucet has 700,000 euros to open, that's good. I don't have them", adds the delegate.

Leïla, restaurant manager, takes the opportunity to clean up, empty the fridges, tidy up the kitchen. "I feel like I'm reliving the Covid. Usually there's life here, lots of competitions, lunch groups... And there, nobody. I had to call the suppliers to tell them that Hundreds of meals were cancelled."

In the deserted parking lot, she wants to receive Robin, 27, who was to hire in the kitchen, to tell her the bad news. "It's a shame! My interviews went well. It made me happy to work here", regrets the young man.

The ASPTT Limoges water polo team has returned to the municipal swimming pool of Beaublanc. But she is smaller: "training or a match in a pool of 25 meters against 33 meters at the Aquapolis, it's not the same thing", notes Victor Viaud, women's coach.