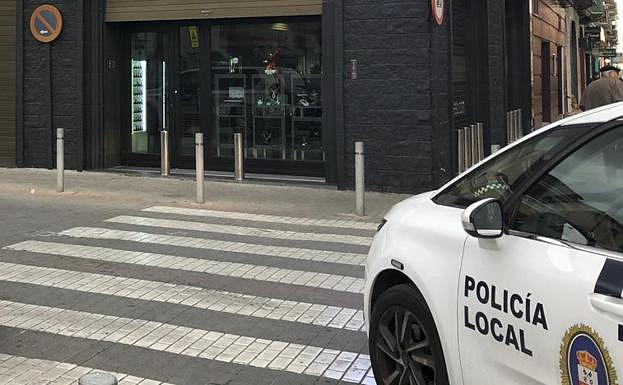 Agents of the Armilla Police arrested J.M.G.I (49-year-old), who was wanted by the Investigation Group of the Civil Guard’s Main Post of Maracena.

Agents were on patrol in the area when they saw a car circulating along the roads. The driver was performing an unidentified maneuver. The police became suspicious and decided to arrest him.

After searching the vehicle they discovered that it was loaded with a lot of irons and machinery. They also conducted a security check of the driver and found a large knife. The police then checked the background and affiliation of the driver and if any requisitions were made.

After asking for the information from the National Police as well as the Civil Guard, the latter reported that a search, arrest, and appearance order was in place for the person. The Investigation Group of the Civil Guard’s Maracena Post identified the accused perpetrator of the robbery by force. They proceeded with their arrest, rights reading, and transfer to the police facilities.

According to said investigation group, this man has many police records and is part a very active criminal organization dedicated, among other illegal acts, to robbery by force in homes, commercial premises, and bars. He was recently charged with the robbery in Atarfe, in which he stole EUR7,000, and another robbery in Maracena, where he stole EUR6,000 and jewelry.

‹ ›
Keywords:
DetenidoHombreArmillaPresuntoAutorRobosAtarfeMaracenaOrdenBusquedaPoliciaLocalGuardiaCivil
Your comment has been forwarded to the administrator for approval.×
Warning! Will constitute a criminal offense, illegal, threatening, offensive, insulting and swearing, derogatory, defamatory, vulgar, pornographic, indecent, personality rights, damaging or similar nature in the nature of all kinds of financial content, legal, criminal and administrative responsibility for the content of the sender member / members are belong.
Related News