The government committed an “excess of power” by canceling the creation of technical control, established at European level to protect the environment as well as the safety of motorcyclists, estimated the supreme administrative court in a press release. 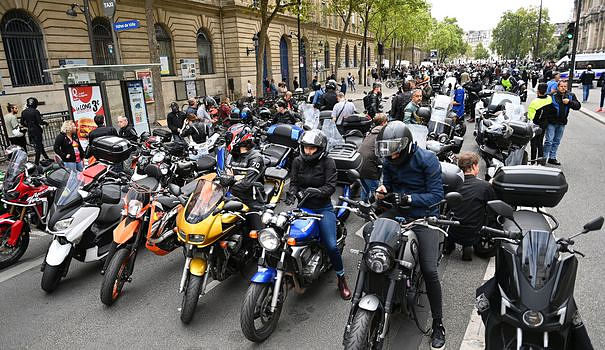 The government committed an “excess of power” by canceling the creation of technical control, established at European level to protect the environment as well as the safety of motorcyclists, estimated the supreme administrative court in a press release.

In 2014, the European Commission introduced the obligation for all EU countries to institute a technical inspection before January 2022 for two-wheelers over 125 cm3.

In the middle of the summer of 2021, the French government had finally published a decree establishing it, but only on January 1, 2023 for vehicles registered before 2016 and between 2024 and 2026 for more recent two-wheelers.

First twist, Emmanuel Macron had immediately assured that he would never apply this decision because "it was not the time to bother the French", according to an adviser to the executive. The Minister of Transport at the time Jean-Baptiste Djebbari had therefore suspended it by decree.

The associations Respire, Ras le Scoot and Paris without a car had seized the Council of State according to an emergency procedure to demand the application of the European directive as soon as possible. And, the highest administrative court in the country had agreed with them in May, ordering the executive to apply it from October 2022.

On July 26, there was a new twist, with the publication of a decree by which the government repealed the first which established this control, arguing that a clause in European legislation allowing alternative measures to be taken.

It is on this decree of July, attacked again by the same NGOs, that the Council of State pronounced on Monday.

The court stressed that the abolition of technical control should have been subject to public consultation "given its direct and significant impact on the environment".

In addition, the measures proposed by the government to derogate from the European obligation of technical control (reform of the license, communication campaigns) "do not comply" with European requirements "because they are only at the draft stage. or because they do not improve the safety of motorcyclists on the road in a sufficiently effective and significant way", according to the Council of State.

This, however, opened the door to a “staggering over time” of the implementation of this measure or even to a “differentiation according to the age of the vehicle”.

The associations welcomed his decision on Monday. "The Council of State is whistling the end of the recess. The technical control is finally in force and it is a victory for ecology and public health!", Welcomed in a press release Tony Renucci, general manager of Respire.

For Gaël David, president of Ras Le Scoot, "the government is no longer in a position to play the clock" and "must stop seeing health and road safety as adjustment variables for its electoral calculations and take action ".

For the deputy (Renaissance) Sacha Houlié, support of the bikers opposed to the control, "the European Commission is only competent to judge if the alternative measures put in place by the State are sufficient to derogate from the technical control".

"By replacing it, the Council of State exceeds its prerogatives. I will seize it of this question", he launched on Twitter.