Cristina Kirchner, 69, was tried in this remote trial - and in her absence - for aggravated illicit association and fraudulent administration, a case of awarding public contracts in her stronghold in the province of Santa Cruz, in Patagonia (south ), while she was head of state between 2007 and 2015. 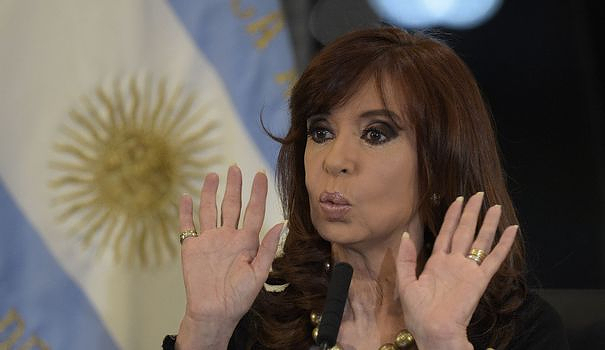 Cristina Kirchner, 69, was tried in this remote trial - and in her absence - for aggravated illicit association and fraudulent administration, a case of awarding public contracts in her stronghold in the province of Santa Cruz, in Patagonia (south ), while she was head of state between 2007 and 2015.

Vice-President and President of the Senate since 2019, she benefits at this stage from parliamentary immunity, which only the Supreme Court could lift if it were to confirm a possible conviction. Otherwise, she could stand in the general elections at the end of 2023.

After the requisitions on Monday will come at the beginning of September the defense pleadings in this procedure opened in 2019, but which had been suspended due to the Covid-19 pandemic. They could stretch over several months and the judgment will not be rendered until the end of 2022.

Prosecutor Diego Luciani on Monday "denounced an authentic system of institutional corruption", "probably the biggest corruption operation the country has ever known".

The other representative of the public prosecutor's office, Sergio Mola, spoke of "systematic irregularities in 51 tenders over 12 years".

Sentences of two to twelve years in prison have been requested for the 12 co-defendants, including 12 years against a construction businessman Lorenzo Baez, already sentenced last year to 12 years in prison in a separate case of flight of capital to tax havens.

The prosecution estimated the damage caused to the State at 5.2 billion pesos (38 million dollars at the official exchange rate) which it asked for confiscation.

- The president to the rescue -

On many occasions, Cristina Kirchner, who denies the charges, has denounced political persecution on the part of justice, according to her, instrumentalized by the right-wing opposition. Opposition and government in Argentina regularly refer to each other the accusation of an alleged judicial war and instrumentalization of justice.

President Alberto Fernandez (center-left) in a statement condemned the "legal and media persecution against the vice-president", and considered "that none of the acts charged (...) have been proven".

Divisive, but still popular and icon of the left, Ms. Kirchner has been implicated in recent years in a dozen separate proceedings, between bribes, money laundering, speculative damage caused to the State or obstruction of the justice. She benefited from dismissals, two more at the end of 2021, but five procedures remain in progress.

The likelihood of a conviction of Cristina Kirchner has given rise in recent days to calls for mobilization from politicians and Peronist movements, of which she remains the idol. These calls could herald tense protests, in addition to those held weekly in Buenos Aires against the cost of living and soaring inflation.

Last week, an emblematic, if controversial figure, the co-founder of the movement of Mothers (of the disappeared) of the Place de Mai, Hebe de Bonafini, called for a "popular uprising" in support of the vice-president.

At the same time, a petition signed by more than 500 mayors denounces a lawsuit aimed at blocking the way to Ms. Kirchner from the politics of Argentina, where she remains a heavyweight on the left.