Argentina: an alleged torturer of the dictatorship, extradited from France, tried 46 years later

After eight years of legal battle, appeals in France before the Council of State and the Constitutional Council in particular, Mario Sandoval, 69, was finally extradited in December 2019, and since then placed in preventive detention in Argentina. 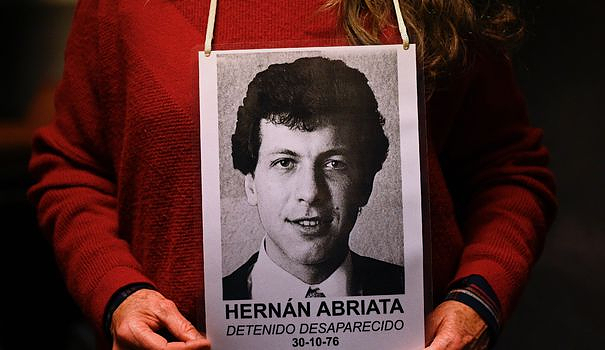 After eight years of legal battle, appeals in France before the Council of State and the Constitutional Council in particular, Mario Sandoval, 69, was finally extradited in December 2019, and since then placed in preventive detention in Argentina.

A former federal (national) police inspector in Buenos Aires, he is suspected of having been one of the particularly active agents at "ESMA", the Marine Engineering School, one wing of which then became the detention center and most infamous torture of the dictatorship (1976-83).

Some 5,000 detainees passed through ESMA, the vast majority disappearing in "death flights", anesthetized and then thrown from a plane off the Rio de La Plata. Survivors of the ESMA, since transformed into a Museum of Memory, had recognized Sandoval "Churrasco" (grilled steak), his nickname for an electric torture then inflicted on detainees, attached to a metal bed base.

But Mario Sandoval appears for a single file, for which he could be extradited: that of Hernan Abriata, a 24-year-old architecture student and Peronist activist, kidnapped in October 1976, and missing since. The Argentine justice has a dozen depositions.

"It's a very long quest for justice, 46 years..." plaintiffs' lawyer Sol Hourcade told AFP. "The family has identified those responsible for the kidnapping. We are awaiting a conviction, even if there is no life imprisonment for the crimes charged", namely kidnapping and torture aggravated by a political motive. "He should get 25 years in prison."

At the trial, Mario Sandoval arrived handcuffed, his face half-covered with a surgical mask – he said he had Covid-19 twice. The ex-policeman not only denied any illegal act, but was combative, offensive, raising points of law, saying that he had seen his rights violated, and contesting the legitimacy of the procedure.

"I am an exceptional prisoner," he said in a long initial statement of about an hour and a half. "I am tried by a special court in the context of a political trial", but "forced to be there because you have the monopoly of legitimate force, and you impose it".

"All the charges against me are for the sole purpose of judging me for what I was: a young federal state agent in the 1970s", he added, reaffirming that he had not "committed any criminally reprehensible act". Even if according to him we want to make him pay now "the political responsibility for the violence of this time".

Exiled to France in 1985, after the fall of the junta, Mario Sandoval had built a new life there, and had become a consultant on defense and security issues. He had taught in particular at the Institute of Advanced Studies of Latin America (IHEAL), in Paris.

He had obtained French nationality in 1997, but that did not prevent his extradition, not being French at the material time. He had been flushed out following a press article, and via a student who had been taking one of his courses at the Sorbonne. Ex-convicts had recognized him from photos.

Since the dictatorship's trials resumed in 2006 - after more than a decade of highly controversial amnesty measures and laws - 1,070 people have been convicted of crimes against humanity. Procedures are underway against more than 500 others, either at the trial stage or still under investigation, according to the specialized prosecution.

The Sandoval trial, scheduled for a weekly session, was adjourned to September 21, when Hernan Abriata's ex-companion, Monina Dittmar, who was at his side this October evening when the police are expected to testify. came to arrest him. She never saw him again.

"It's been a long process, many years of chasing this oppressor," she told AFP. Hernan Abriata's mother "is 95 years old, her health is deteriorating, her memories are fading. But the questions remain: where is Hernan? What happened to him? What did they do with him?"