The lawyer Fabrice Di Vizio, a figure of the opposition to the health pass, was sanctioned with a six-month suspended ban on practicing his profession on Wednesday November 2, according to a decision of the council of the order of lawyers of the bar of Paris. 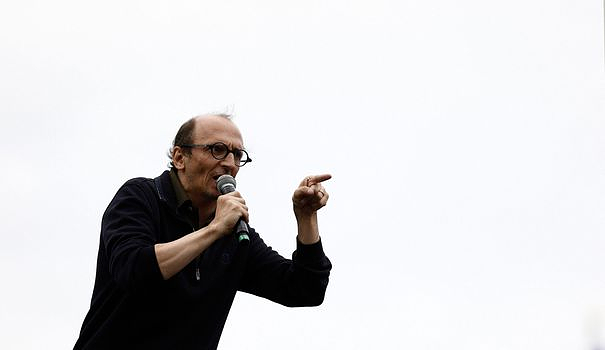 The lawyer Fabrice Di Vizio, a figure of the opposition to the health pass, was sanctioned with a six-month suspended ban on practicing his profession on Wednesday November 2, according to a decision of the council of the order of lawyers of the bar of Paris. He is also prohibited from standing for professional elections for five years.

"The sanction seems above all symbolic, in fact Me Di Vizio finally only receives a six-month reprieve while some were already delighted with his striking off", reacted his lawyers Mes Ouadie Elhamamouchi, Amelle Bouchareb, Philippe Ohayon, Julia Courvoisier and Sefen Guez Guez. "We are considering whether to appeal," they added.

During the disciplinary hearing on September 27, six months of prohibition to practice the profession of lawyer, including three firm, had been requested against Me Di Vizio, who was sworn in 2003.

The Bar Council's judgment panel considered that the "obviously rude, vulgar and offensive remarks" made by Me Di Vizio "repeatedly" on his Twitter account and on Cyril Hanouna's program "Touche pas at my post" on C8 constituted attacks on the essential principles of the legal profession, according to the decision.

Me Di Vizio had recognized during the hearing most of the comments made on Twitter and invoked his "enhanced freedom of expression" within the framework of a "debate of public interest". He assured that he had not spoken on C8 in his capacity as a lawyer but as a "public debater", an argument rejected by the disciplinary body. He is also sanctioned for having announced on Twitter that he wanted to terminate the contract of one of his collaborators in the cabinet because she had agreed to be vaccinated.

On the other hand, no ethical breach was held against Me Di Vizio for his incitements to his audience to multiply the appeals against the health pass and vaccination "without raising public awareness of the hazards and judicial time".

Me Di Vizio was notably illustrated by complaints which contributed to the opening of a judicial investigation at the Court of Justice of the Republic (CJR) in July 2020 aimed in particular at Edouard Philippe, Olivier Véran and Agnès Buzyn for their management of the health crisis. He is also at the origin of other massive appeals, which have however all been dismissed by the CJR, and defended the controversial professor Didier Raoult.

The lawyer had already been sanctioned with a ban on practicing the profession of lawyer for 18 months in 2015 for "breaches of the essential principles of the profession", a sanction reduced in 2016 to six months suspended.