Anne-Sophie Pic, the 10-star chef who does not belong to "any caste"

"As a little girl, I was crossing the kitchen here to get out of the house," she told AFP at Maison Pic in Valence (south-east), 3 Michelin stars, to which she hung up the third macaroon in 2007. 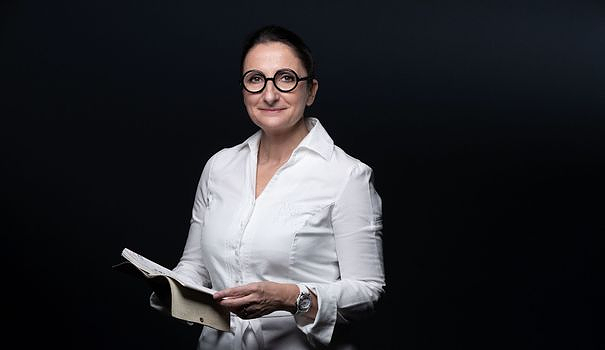 "As a little girl, I was crossing the kitchen here to get out of the house," she told AFP at Maison Pic in Valence (south-east), 3 Michelin stars, to which she hung up the third macaroon in 2007. .

The "soul" of his grandfather André, one of the first Michelin-awarded chefs in the 1930s, and of his father Jacques is there and the ubiquitous family photos.

But the choices and the style of this small woman of 53 years, with the laughing eyes and the soft voice, have nothing to do with the "codes" of before.

The kitchen, which she redone "in a more feminine way" before opening it to customers with a "table d'hôte", is dazzling white, the staff working almost noiselessly. A sweetness that contrasts with the image of an environment renowned for its violence.

Here "it's from another era", assures Anne-Sophie Pic. His father could raise his voice, it also happened to him in his early days. But "it is not by shouting that we gain respect".

A graduate of a business school and having no culinary apprenticeship, she took over the reins of the house in 1997 shortly after the death of her father, succeeding her brother "who could not lead the fight".

In the kitchens, she is then made to understand that she "has no (her) place".

Crowned with ten stars for her restaurants in Valence, Paris, London, Lausanne, Singapore and Megève and elected in 2011 best female chef in the world by the 50 Best ranking, she is not unanimous among her colleagues in France.

It is customary for them to eat at each other's homes, but almost none have come to Valence or late, like Alain Ducasse two years ago.

What she finds "extremely vexing", and adds to a series of unpleasant comments. When, for example, a chef approaches him to ask him to stop opening restaurants and "give way to others".

Or when some put her success on the account of her husband, David Sinapian, president of the Pic group who encourages her, she admits, to open new tables.

"I don't belong to any caste, that makes my difference too. As an autodidact, I have a form of freedom and that displeases," she analyzes.

On the plate, she does what, according to her father, "was not done": works with "not noble" products such as beetroot, dares to pair new flavors such as oyster-coffee-whiskey and transforms the garnish into a dish: the "berlingot" which has become her signature, which she sublimates with matcha tea, watercress and bergamot.

She tackles the sacred: bread and wine.

The honey-flavored cornbread is served with pepper-infused butter, a "heresy" for some.

"We ferment the bread for the deployment of aromas, it would be silly not to add other aromatic frames", defends the chef.

As an alternative to wine, it offers pairings with non-alcoholic "cooked drinks".

She considers the three-ingredient rule outdated by drawing inspiration from the flavors where there are "15, 20, 30": "that's what I look for in my sauces".

The "impregnation" by means of marinades, smoking or steam cooking which allows the aromas to flourish is the philosophy of his cuisine.

His current obsession is "fermentation", for even more taste.

"If we don't go on the paths we don't know, we don't progress. If the tradition does not evolve, it stops", launches Anne-Sophie Pic, supported in her "daring" by her head sommelier , the Argentine Paz Levinson and the Japanese Tamaki Kobayashi, his right arm at the Valencia restaurant.