An independent expert will have to examine the documents seized from Trump, rules a judge

Judge Aileen Cannon acceded to the request of the Republican billionaire by this decision which temporarily prohibits federal investigators from using in the context of their criminal investigation the documents seized at Mar-a-Lago, the residence of Donald Trump in Palm Beach. 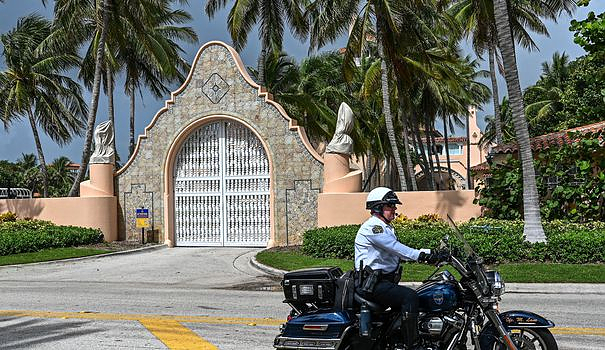 Judge Aileen Cannon acceded to the request of the Republican billionaire by this decision which temporarily prohibits federal investigators from using in the context of their criminal investigation the documents seized at Mar-a-Lago, the residence of Donald Trump in Palm Beach.

Investigators can, however, continue to review the documents "for the purposes of classification and national security assessments", according to the judgment of the federal magistrate.

The ruling represents a victory for the Republican former president and a serious setback for the Justice Department which had opposed the appointment of an independent third party, saying it could block investigators' access to the documents." and would seriously harm government interests, including national security."

Appointed by Donald Trump himself in 2020, Judge Cannon writes in her decision that the appointment of the independent supervisor will be made "without delay", asking the parties to come up with a list of potential names for a hearing scheduled for Friday.

On August 8, the FBI raided Mar-a-Lago, Donald Trump's residence in Florida, seizing boxes of confidential documents that the Republican had not returned after leaving the White House, despite multiple requests.

Since this spectacular and unprecedented police operation for a former American head of state, Donald Trump, who openly plans to run for president in 2024, storms against an act he considers "illegal and unconstitutional" and repeats having been targeted for political reasons.

"The shameful raid and raid on my house in Mar-a-Lago was a travesty of justice," he said Saturday night to a crowd of supporters at a campaign rally in Pennsylvania for the presidential elections. mid-term on November 8.

In January, the former president's teams handed over 15 boxes of documents he had taken when he left the White House to the national archives agency, responsible for recording presidential activities for history.

It was after examining these boxes that the FBI, convinced that Donald Trump kept other classified documents in Florida, under potentially inappropriate conditions, decided to search, seizing on this occasion around thirty other boxes of documents.

"They took documents protected" by confidentiality between client and lawyer, Donald Trump said.

Investigators suspect the Republican of having violated an American law on espionage which very strictly regulates the possession of confidential documents. Donald Trump assured that these documents had been declassified.

Among the texts seized during the police operation are 18 documents classified as "top secret", 53 "secret" and 31 "confidential".

Among them are papers that were recovered from Mr. Trump's personal office.

Officers also found several dozen empty folders marked "classified" in the office, which may suggest sensitive documents may have been lost or destroyed.

The billionaire is also the target of investigations into his efforts to overturn the results of the 2020 presidential election and his role in the violent assault by his supporters on the Capitol on January 6, 2021.

He is currently not being prosecuted in any case.