According to the police, several hundred people gathered in front of the Federal Administrative Court in Leipzig on Saturday under the motto “Ami go home” – with strong counter-protest in the city. 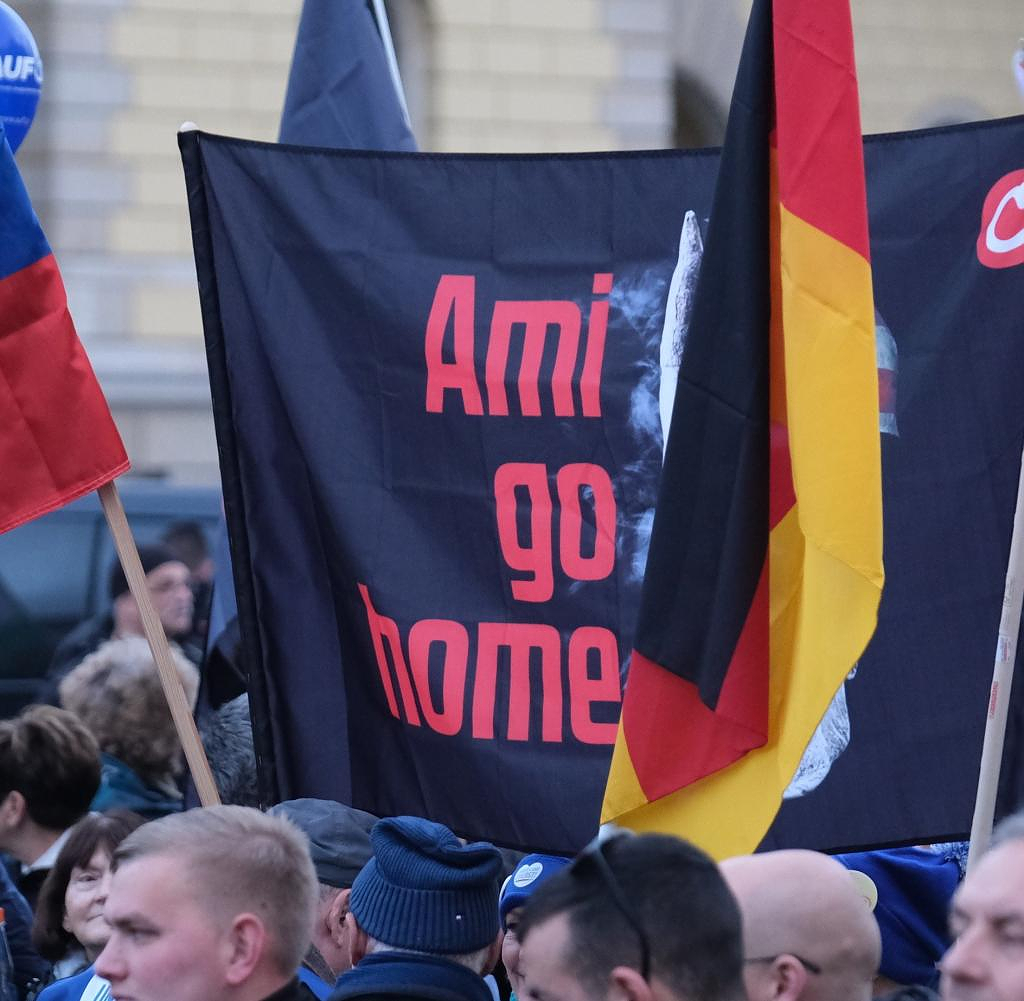 According to the police, several hundred people gathered in front of the Federal Administrative Court in Leipzig on Saturday under the motto “Ami go home” – with strong counter-protest in the city. They called on the US to withdraw its troops and nuclear weapons to German soil. One of the speakers was the publisher of the right-wing “Compact Magazine”, Jürgen Elsässer. According to the police, the participants included right-wing groups.

The number of participants in the counter-protests is in the low four-digit range. The police estimated the number of demonstrators in front of the Federal Administrative Court at around 900. 15,000 participants had been registered. In the late afternoon, the participants moved together along the inner city ring road to the west of the city.

The police are in full force in the city. "We are prepared for everything - also for the course of the evening," said a spokeswoman.

‹ ›
Keywords:
NewsteamLeipzigProtesteDemonstrationenBundesverwaltungsgericht (BVWG)
Your comment has been forwarded to the administrator for approval.×
Warning! Will constitute a criminal offense, illegal, threatening, offensive, insulting and swearing, derogatory, defamatory, vulgar, pornographic, indecent, personality rights, damaging or similar nature in the nature of all kinds of financial content, legal, criminal and administrative responsibility for the content of the sender member / members are belong.
Related News