Algeria: the fires "are completely under control"

“All the fires are completely under control,” said the colonel of the fire brigade, Farouk Achour, deputy director of information and statistics at Civil Protection. 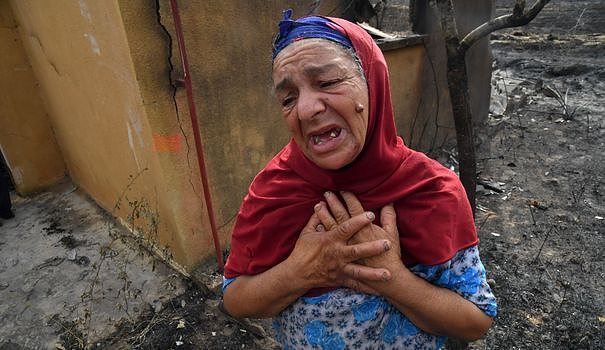 “All the fires are completely under control,” said the colonel of the fire brigade, Farouk Achour, deputy director of information and statistics at Civil Protection.

The provisional official toll is 37 dead -- including 30 victims, including 11 children and six women in El Tarf near the border with Tunisia. Five other deaths were recorded in Souk Ahras (east) and two in Sétif (east). But several media have reported a 38th victim, a 72-year-old man who died in Guelma (east).

For 48 hours, more than 1,700 firefighters fought to put out more than 20 forest fires which also left around 200 injured, some of them seriously burned.

The Department of Justice has opened an investigation to determine if some of the fires were of arson.

The prosecution of Souk Ahras, where an entire family perished in the flames, announced the arrest of an arsonist in a forest near this city of 500,000 inhabitants. More than 350 families fled their homes and a hospital near a wooded area had to be evacuated.

Three men were also arrested by the gendarmerie near El Tarf, about 200 km away. They are accused of having set fire to the crops of a neighbor, without the authorities having made the link for the moment with the fires in the region.

Experts have criticized shortcomings in the fire-fighting system, including a lack of water-bombing planes and poorly maintained forests.

Since the beginning of August, there have been nearly 150 fires in Algeria which have destroyed hundreds of hectares of forests and copses.

Every summer, the north of the country is affected by forest fires but this phenomenon is accentuated from year to year under the effect of climate change which results in droughts and heat waves.

The summer of 2021 has so far been the deadliest in modern Algerian history: more than 90 people died in forest fires that devastated the north where more than 100,000 hectares of coppice had gone up in smoke.