Calahonda already boasts a newly renovated promenade that is accessible from last Friday. 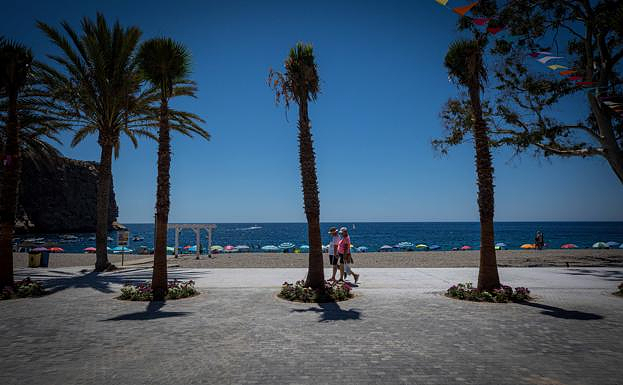 Calahonda already boasts a newly renovated promenade that is accessible from last Friday. According to Concepcion Abarca, president of the Autonomous Local Entity (PP), "Our objective was to make it operational as soon as possible. Although there are auctions on floor and furniture that is almost finished, we estimate, in around 15 days." People and visitors were already passing by it without proper lighting or security. We have therefore accelerated everything to ensure that everyone can enjoy it with all the guarantees. The total area of the work was approximately 4,800 square metres. There were 175 linear meters of execution, and the average width was 28 meters. The budget for the project was 300,000 Euros. It was entirely funded by the Local Autonomous Entity's budgetary reserves. Abarca says, "And it has taken us work to gather them."

Since it hadn't been completed in detail for over 40 years, the local entity had long held onto the idea of reforming the promenade. It was a long process because we first had to get authorization from Coasts and the Environment after presenting a project that matched their requirements. We had originally planned to begin the work in September but a number of issues delayed it until December.

The work, which was supposed to take three months, and should have been completed by Easter, started to experience delays. The successful bidder sought a second extension to June 6, so that the work could be delivered before the supply and transport problems in Ukraine caused by war. A second, shorter extension was then requested, which was extended until June 24th, the day before San Juan. This deadline was not met by the people in charge. It's all luck. Sometimes, the winning companies do well. Other times, it is worse. The president of the ELA stated that there were subcontractors and then divergences between construction companies and subcontractors. This has caused more delays.

Concepcion Abarca prefers to look forward, despite the difficulties encountered. She believes that the new promenade will soon be full capacity, as it is called to be a gathering point for natives, foreigners, and all ages. In summer, the population nearly quintuples, with an average of 20,000 people spending. She says, "It will provide an incentive to the town and the businesses that are located around it after two years of the health crisis having taken its toll on local economies."

Calahonda's promenade has been built to meet all European standards. It also conforms to European accessibility and quality standards. The beaches in the municipality have blue flags and certificates that show that people with disabilities can access the beach. It also has underground containers (the installation of which has been delayed) and litter bins bearing the municipality's identifying emblem. Large gardens are also included. A statue will complete the complex in tribute to fishermen, who are the traditional wealth generators in the area.

‹ ›
Keywords:
CalahondaDisfrutaPaseoMaritimoTrasAmpliaReforma
Your comment has been forwarded to the administrator for approval.×
Warning! Will constitute a criminal offense, illegal, threatening, offensive, insulting and swearing, derogatory, defamatory, vulgar, pornographic, indecent, personality rights, damaging or similar nature in the nature of all kinds of financial content, legal, criminal and administrative responsibility for the content of the sender member / members are belong.
Related News