Revelation of his latest film, Sofiane Bennacer, 25, has been claiming his innocence since the Parisian then Liberation revealed the accusations of rape of which he is the subject. 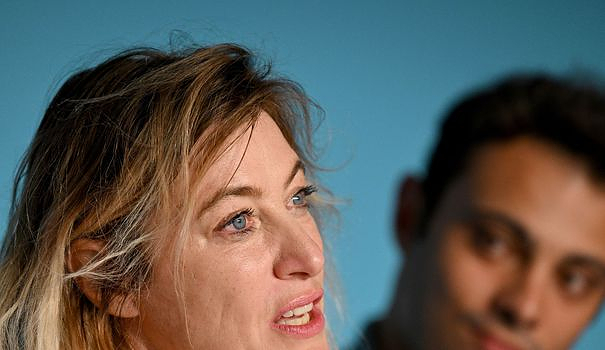 Revelation of his latest film, Sofiane Bennacer, 25, has been claiming his innocence since the Parisian then Liberation revealed the accusations of rape of which he is the subject.

They earned him three indictments: two for acts of rape on two ex-companions, the third "for violence against a spouse". As part of a fourth complaint filed by another ex-girlfriend who denounced acts of rape, Sofiane Bennacer was placed under the more favorable status of assisted witness.

Additional difficulty for Valeria Bruni-Tedeschi, also companion of Mr. Bennacer according to Le Parisien and Liberation: the existence of a complaint for rape from a former companion of Sofiane Bennacer was known during the filming.

Despite this, production was able to be completed and the film, which recounts the adventure of the Théâtre des Amandiers and its founder Patrice Chéreau, was presented in official competition at the Cannes Film Festival, released in theaters on November 16, and already attracted more than 100,000 spectators.

Sofiane Bennacer was also included in the list of thirty "revelations" for the next Caesars, before the Academy backpedaled urgently this week, when the young man's legal torments were made public.

For his part, the actor, who held with "Les Amandiers" the first important role of his career, disputed, as during his indictment, the accusations brought against him, explaining that he had "done nothing ", and to have "been humiliated in the depths of (his) soul".

Friday, Valeria Bruni-Tedeschi, requested actress and director of seven feature films, went on the counterattack, denouncing a "media lynching", after the publication of the Liberation investigation into her actor, the accusations of which he makes the object, and the "omerta" which would have reigned over the subject during the filming.

"To this day everyone knows he has not been tried," she wrote. "I was artistically impressed by Sofiane Bennacer from the first second of the casting of my film and I wanted him to be the main actor despite rumors of which I was aware" she assumes, claiming the full "responsibility for (his) choice".

She claims that the production "did not learn of a complaint" in court until filming began, and that it was then "legally unthinkable" for the producers to change actors.

About the alleged victims, the actress claims to have "tremendous respect for the liberation of women's speech" but insists on the "presumption of innocence".

She confides that she herself was "abused in (her) childhood": "I know the pain of not having been taken seriously".

"Shame on you Liberation", thundered his sister, Carla Bruni, on Instagram.

Friday morning, Patrick Sobelman, one of the two producers of the film "Les Amandiers", had assured France Inter that the production knew nothing of these facts before hiring him. And the production believes that it then had "no legal basis" to dismiss him.

The production claims to have followed all the official recommendations, such as the establishment of "referents" for questions of harassment, enacted in recent years in the wake of cases of sexual violence which have shaken American cinema, then French.

For professionals of the 7th art, the accusations against Sofiane Bennacer come to recall the memory of the Polanski affair, regularly overtaken by old accusations of sexual abuse, or even the indictments of actors like Gérard Depardieu or Ary Abittan for acts of rape, which they contest.