The Angoulême Francophone Film Festival, which ends on Sunday, gave pride of place to women's stories but also to strong and vulnerable heroines. 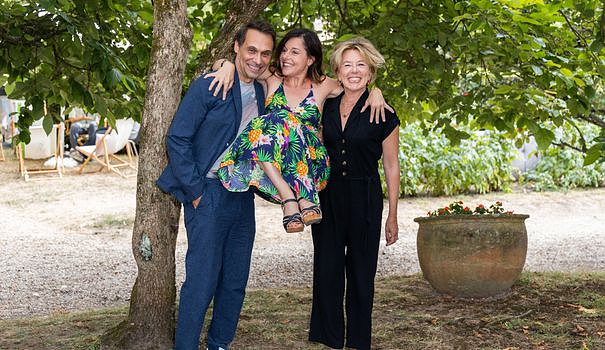 The Angoulême Francophone Film Festival, which ends on Sunday, gave pride of place to women's stories but also to strong and vulnerable heroines. Overview.

- Prostitution: what about consent -

First feature film by Quebecer Geneviève Albert, "Noémie dit oui" is a river film, but not believed, on the phenomenon of prostitution of adolescent girls (between 14 and 17 years old) in Canada.

The spectator plunges into it with the story of Noémie (Kelly Depeault), a child placed and unloved by her mother. After running away, she falls into the clutches of a pimp whom she thinks is her boyfriend.

Fruit of several years of research on this scourge, also at work in France, the film assumes not to show the scenes of prostitution to prefer to film the customers "that we never see and that we never hear", said its director to AFP.

Men of all ages and all professions who never wonder about Noémie's age. Rhythmic, the staging gives the viewer the feeling of being with the young girl, who goes through the passes despite a distress that she cannot hide.

At the heart of the film, the question of consent. Because if Noémie agrees to prostitute herself, her body says no.

"I think you have to question this yes. When you are a minor, alone, without parents and you are in a situation of emotional vulnerability, do you voluntarily consent to prostitution?" asked the director, who defines as "abolitionist".

- Abortion, on the side of activists -

It is a choral film (despite its title) and is reminiscent of the film "120 beats per minute" (2017) about Act Up's fight at the start of the AIDS epidemic. But the subject of "Annie Colère", Blandine Lenoir's third feature film with her favorite actress Laure Calamy, is quite different. In theaters on November 30, it looks back on the fight of the militants of the MLAC (Movement for the freedom of abortion and contraception) for the legalization of abortion.

Anonymous, these women who practiced safe abortions in the eyes of all, despite their illegality, have been forgotten from the collective memory.

“These women are heroines (…) This film is for them,” its director told AFP. "We have the impression that it was Simone Veil alone who allowed the legalization of abortion while it was the pressure of women, activists, who made legalization possible", added to the AFP actress Laure Calamy.

Not just a film about abortion, "Annie Colère" is also the story of emancipation. Because the MLAC is not only a place to have an abortion, it is a space where women meet, discuss and discover another vision of their body and their sexuality.

Leopold Legrand's first film, "The Sixth Child", in cinemas on September 28, deals with the divisive and regularly debated subject of motherhood through its two main aspects: that of the deep desire to have a child but also that of a unwanted motherhood.

The film tells the story of Julien and Anna, a well-to-do couple of lawyers who suffer from not having children, and Franck and Meriem, a modest couple already five times parents and who do not want the sixth child to come.

It was during a meeting that the improbable -- and illegal -- idea of ​​an exchange was born. Adapted from the novel "Crying Rivers" by Alain Jaspard, the film questions, without ever judging the characters, the extreme quest for a child's desire. When it becomes obsessive to the point, precisely, of envisioning the unthinkable. It is also the mouthpiece of a form of rejection of motherhood.

All served by a cast of actors of absolute accuracy and finesse: Sara Giraudeau, Benjamin Lavernhe, Judith Chemla and Damien Bonnard.