Around one o'clock in the morning on Wednesday, a policeman used his service weapon "once" while officials from the Rennes judicial police and the Nantes research and intervention brigade (BRI) carried out the interception of a vehicle "in the context of an investigation for an offense against the narcotics legislation", specified the prosecutor of Rennes Philippe Astruc. 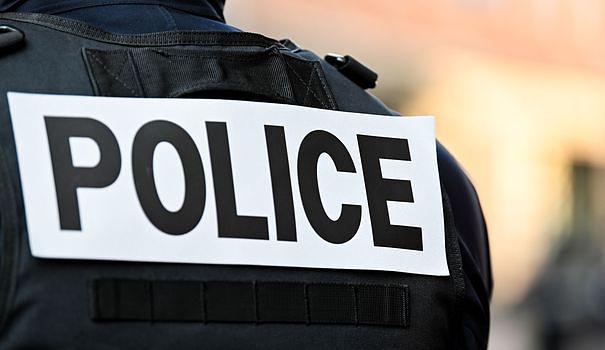 Around one o'clock in the morning on Wednesday, a policeman used his service weapon "once" while officials from the Rennes judicial police and the Nantes research and intervention brigade (BRI) carried out the interception of a vehicle "in the context of an investigation for an offense against the narcotics legislation", specified the prosecutor of Rennes Philippe Astruc.

The driver of a Peugeot 208, born in 1996 and known for drug trafficking according to the police, was shot in the arm and his passenger, hit by a ricochet, died.

Arrested and placed in police custody, the 26-year-old man was examined at the hospital for his injury and had already been released on Wednesday morning.

Resident in Rouen, aged 22 and unknown to the judicial services, the young woman, companion of the driver, died despite the intervention of the emergency services at 2:15 a.m. on an exit ramp from the Rennes ring road, where the interception took place. "by means of an important device", according to the prosecution.

According to Yoann Leandri, deputy regional secretary for the western zone of the Unsa Police union, "the offender came deliberately to hit the police device by using the vehicle at very high speed as a weapon by destination".

The exit ramp from the ring road, located near the Roazhon park stadium, was cut off to traffic after the shot. This lane was reopened to traffic shortly after 10:30 a.m., noted an AFP journalist.

In addition to the procedure for drug trafficking, two new investigations have been opened: the General Inspectorate of the National Police (IGPN) has been seized as is the case when the police use their weapon, in this case for violence voluntarily resulting in death without the intention of giving it by a person vested with public authority.

An investigation for attempted homicide on a person holding public authority has also been entrusted to the judicial police of Rennes, which will have to specify in what circumstances the police officer who used his weapon could have been injured.

Hearing as a witness after having seen his injuries noted by a forensic pathologist, he indicated "having been hit by the Peugeot vehicle in the leg when he was trying to protect himself by extracting himself from the vehicle rushing at him" according to Mr. Astruc, who went to the scene early Wednesday morning.

"A first rehearsal" took place on Wednesday morning as part of these three investigations to clarify the material circumstances of the facts.