The Civil Guard of the Region of Murcia developed an operation as part of the "Prevention and Response Plan against Cybercrime" that led to the arrest of Roquetas De Mar (Almeria), the accused perpetrator of a crime of Sextortion. 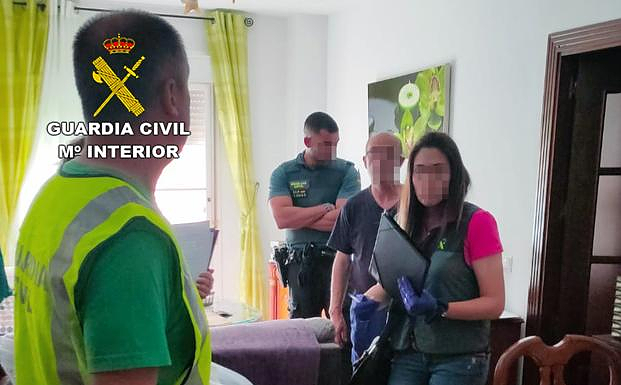 The Civil Guard of the Region of Murcia developed an operation as part of the "Prevention and Response Plan against Cybercrime" that led to the arrest of Roquetas De Mar (Almeria), the accused perpetrator of a crime of Sextortion.

An investigation was initiated by a woman who reported to Civil Guard that she was being harassed and threatened by someone she had connected via social media. The telephone numbers were then given after the first contact. They began a series conversations via instant messaging, until they reached a certain level of trust.

According to the Civil Guard, the complainant consented to send him intimate videos with sexual content. He believed that his interlocutor was a woman from the beginning.

The threats started when the victim stated her intention to stop such practices. If she continued sending the files, the suspect threatened to make them public.

The Benemerita Team's specialists identified the culprit behind the messages. He was a resident in Almeria, Roquetas de Mar. They requested the search and entry of the address. These messages are currently being analysed.

The "Heldu" operation, still ongoing, led to the arrest of the 53-year old Spanish man as the accused perpetrator of the crime of Sextortion. Both he and his effects, along with the proceedings, were made available to Court of Instruction number 2 of Cartagena, Murcia.

Sextortion is the use of threats or coercion against a user of new technology after they send files of a sexual nature through mobile phones or other technological devices.

‹ ›
Keywords:
GuardiaCivilDetieneVecinoRoquetasPresuntoCiberacosador
Your comment has been forwarded to the administrator for approval.×
Warning! Will constitute a criminal offense, illegal, threatening, offensive, insulting and swearing, derogatory, defamatory, vulgar, pornographic, indecent, personality rights, damaging or similar nature in the nature of all kinds of financial content, legal, criminal and administrative responsibility for the content of the sender member / members are belong.
Related News