A number of countries and cities see problems with refugee accommodation

After the lifting of many corona-related travel restrictions, more asylum seekers are coming to Germany again. 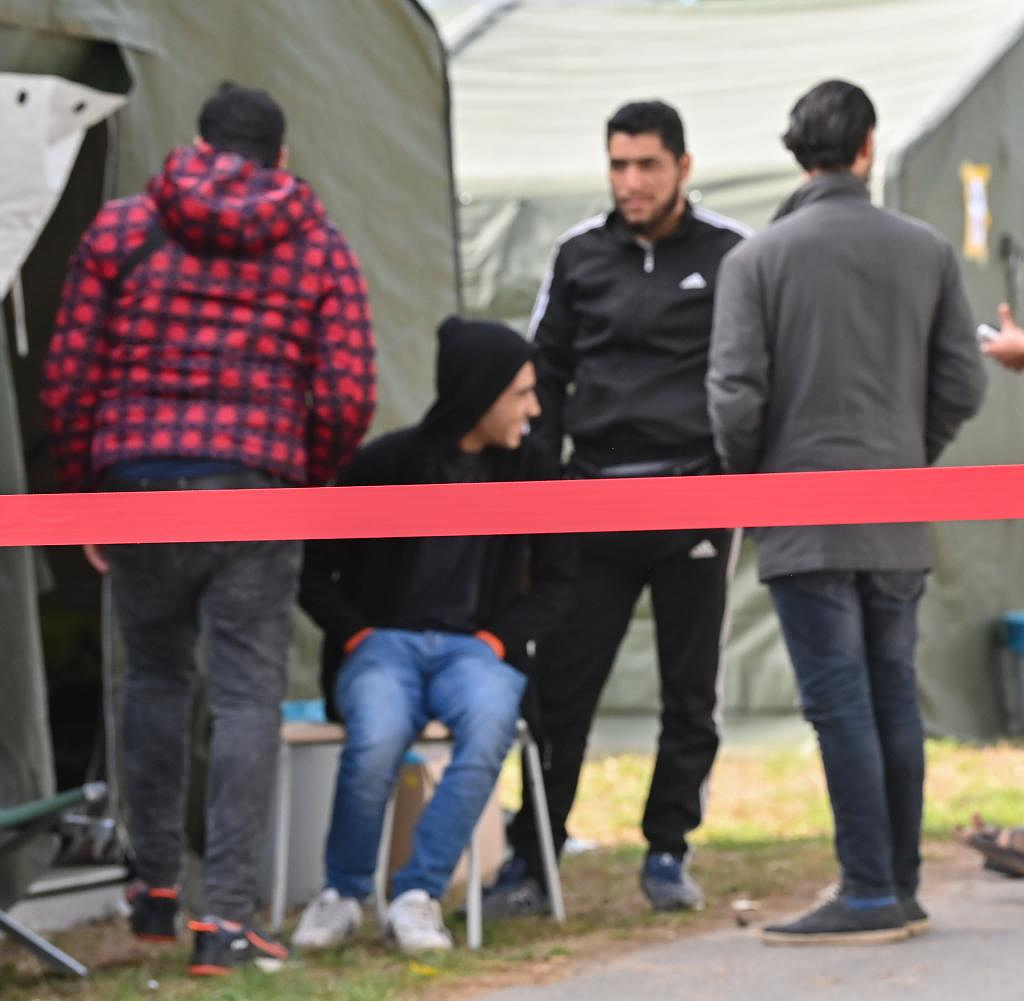 After the lifting of many corona-related travel restrictions, more asylum seekers are coming to Germany again. In cities like Dortmund, Bonn or Berlin, where a particularly large number of war refugees from Ukraine have sought refuge since spring, this is now causing difficulties with accommodation, as a survey by the German Press Agency shows.

According to information from the Federal Ministry of the Interior, 113,171 asylum applications were submitted to the Federal Office for Migration and Refugees (Bamf) in the first seven months of this year, around 17 percent more than in the same period last year. If you subtract the follow-up applications, there are 98,395 applications from people seeking protection who made their first appearances at the Bamf. That is significantly less than in the so-called refugee crisis of 2015/2016.

In addition, however, there are the war refugees from the Ukraine, who also have to be accommodated. Since this group includes many women with children, the local authorities must also take care of school places. On August 26, the Central Register of Foreigners recorded almost 985,000 people who had entered Germany because of the war in Ukraine. Some of them may already have left the country. Also, not all Ukraine refugees can be registered immediately, so that the number is only conditionally meaningful.

"In Bavaria, the asylum accommodations are very busy," says the Bavarian Ministry of the Interior. "As before, many refugees from Ukraine are housed in hotels for lack of alternatives," says Bonn. A spokesman for the Baden-Württemberg Ministry of Migration reports that in the state's initial reception facilities, despite an increase in capacity, "the capacity limit has already been reached weeks before the autumn season, which experience has shown to be very busy".

Two emergency shelters are currently being operated in Brandenburg. Berlin is looking for more accommodation options, including hostels. The "densification" of existing accommodation is also being examined in the capital. In that case it would be narrower there.

Anyone who has entered the country as a war refugee from the Ukraine could – unlike newly arrived asylum seekers – rent their own apartment. But that doesn't always work. In Bavaria, a number of them are still in asylum accommodation. In the southwest, cities and counties are beginning to occupy other halls, including sports halls, as emergency accommodation at short notice. Container solutions are also not excluded. There are also bottlenecks in furnishing the accommodation due to delivery problems. This applies to beds and refrigerators, among other things.

The eight locations of the Hessian initial reception for refugees are currently around 70 percent occupied. "The situation is tense but manageable," says a spokesman for the Gießen regional council. The arrival center in Giessen, where the refugees are registered, is particularly busy at 93 percent. In the last week of August, an average of around 150 people per day arrived at the initial reception center. Most of them came from Ukraine, Afghanistan, Syria, Turkey and Iraq.

Among the 3,930 people accommodated in the Rhineland-Palatinate reception facilities for asylum seekers at the end of August, 162 were war refugees from Ukraine.

States like Saxony-Anhalt would like more support from the federal government. The Federal Ministry of the Interior points out that since the start of the Russian war of aggression in Ukraine, the federal government has given the federal states their own properties rent-free for accommodating refugees. According to the city administration, this has helped to ease the situation in Bielefeld.

The cities in North Rhine-Westphalia had recently complained to the state government about the distribution, which they believed to be incorrectly organized. The accusation: When assigning asylum seekers, the number of Ukraine refugees admitted is not sufficiently taken into account. After all, the state government has now responded to the criticism of the city council with an interim solution and initiated a special query in order to obtain a better database, according to Dortmund. There are currently around 9,000 more refugees in the city than would be correct given an even distribution within NRW.

There was similar criticism in Lower Saxony. At the end of August, the country promised to ensure better distribution from September. In order to relieve the municipalities, it will also increase its capacity for initial reception. "We are currently about to provide further properties and capacities in the state for the initial reception," said Interior Minister Boris Pistorius (SPD).

Since June 1, refugees from the Ukraine have no longer received benefits under the Asylum Seekers Benefits Act, but have received basic security benefits (Hartz IV). But they need living space just like asylum seekers. Especially since some hosts who have Ukrainian women in their households want to use the room or the couch again at some point. An easing of the situation is not to be expected in the short term, although many people are being drawn back home from Ukraine despite the dangers.

By the end of July this year, the federal police had identified around 36,000 unauthorized entries at the German borders. "The upward trend has also been observed in neighboring European countries," says a spokeswoman for the Federal Ministry of the Interior. Irregular migration is mainly via the Balkan region. People then cross the land borders from Austria and the Czech Republic into Germany. Another focus is entry from Greece by air.

In June, Germany also agreed to take on 3,500 asylum seekers as a contribution to a voluntary EU solidarity mechanism initially set to last for one year to relieve southern border states such as Italy. The main focus is on people who have been rescued from distress at sea by private aid organizations.

Domestic politicians from the CDU and CSU like to cite the fact that the “repatriation offensive” announced by the SPD, Greens and FDP in their coalition agreement as one of the reasons for the current situation. In the first half of this year, around 6,200 foreigners were deported from Germany - significantly fewer than before the start of the corona pandemic. The main target countries were Albania, North Macedonia and Georgia. However, deportation is primarily a matter for the federal states. Another factor: The situation in Afghanistan - one of the main countries of origin for asylum seekers - has deteriorated significantly since the Taliban took power.