A food bank boss was convicted of using 'desperate mother'

The Supreme Court ratified the sentence for eight years for a local Food Bank Manager for taking advantage of a "desperate" mother who he forced to have sexual relations if he wanted to give her packages that could be eaten by their children. 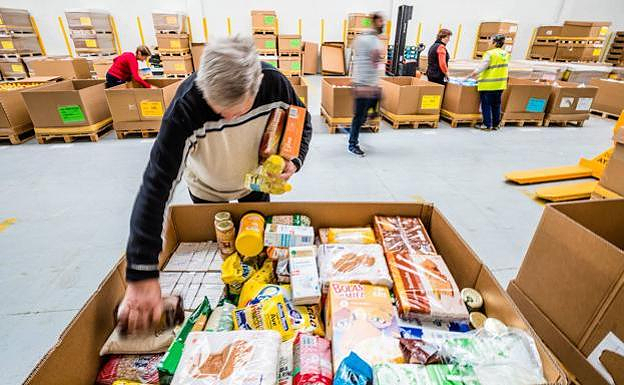 The Supreme Court ratified the sentence for eight years for a local Food Bank Manager for taking advantage of a "desperate" mother who he forced to have sexual relations if he wanted to give her packages that could be eaten by their children.

The Criminal Chamber confirmed the sentence of Almeria's superior court and heard Victor Gustavo H. M. as the author of an act of aggravated sexual abuse. Even if there was consent in writing, the magistrates are certain that he was vitiated and forced to do so because he used his power over the "extreme need" victim to make his false claims.

In 2014, the criminal acts were committed in Almeria's town of Vicar. The convicted person was responsible for de facto food distribution to the Evangelical Parish La Puerta. This position he held without superior control since he moved the warehouse from its original location to a garage without authorization from the president of Bank of Food of Almeria.

This man of Peruvian descent contacted his victim in summer 2014. She was a young mother who was separated from her husband and had no income. He was also addicted to drugs and living in extreme poverty. In order to win her trust, she provided him with various food items, without having been registered in the Food Bank. She touched him immediately and offered to help with more food if he agreed to have sex.

After receiving persistent calls, the woman, desperate and without any food, accepted her claims. She had sexual relations with Victor Gustavo H.M. on multiple occasions. He promised her that he would never be hungry. When the aggressor refused to comply with certain sexual practices, the victim confronted him. He stopped her food supply.

It is clear that the room identifies the elements of sexual abuse as a crime by their prevalence. "Severe poverty, which is the absence of elementary resources, especially when it affects very young children, increases vulnerability and makes it easier for those who want to exploit it.

They claim that the facts "with manifest clarity" show that the appellant was in a position of superiority and marked social and individual asymmetry. He found himself in this situation with respect to the victim in an extreme need situation and consequently, he also felt extremely vulnerable. The second is his highly restrictive projection in women's freedom to accept the conditioned propositions he made. Third, the defendant's complete awareness of the superiority situation as well as the inhibitory effects on victim's freedom to decide, which influenced his plan.

The court finds sufficient evidence that is rationally valued to convict. It includes the victim's testimony, which he believes to be completely reliable and without contradictions, as well the testimony of the accused.

Other remarkably pertinent statements were also corroborated by the victim's account, including that of a witness who disclosed the existence of a model to take advantage of the vital need of some people who came into the food bank, especially women. This model was created by the appellant. The victim provided audio which reveals how the condemned man intended to use his position at the Food Bank to get sexual favors from the women he would meet.

‹ ›
Keywords:
CondenanJefeBancoAlimentosAbusarMadreDesesperada
Your comment has been forwarded to the administrator for approval.×
Warning! Will constitute a criminal offense, illegal, threatening, offensive, insulting and swearing, derogatory, defamatory, vulgar, pornographic, indecent, personality rights, damaging or similar nature in the nature of all kinds of financial content, legal, criminal and administrative responsibility for the content of the sender member / members are belong.
Related News