The leather clutch - which is carried crumpled beyond recognition, as models impressively demonstrated on the muddy Balenciaga runway during Paris Fashion Week recently - is Demna's understated take on a classic Lay's chip bag. 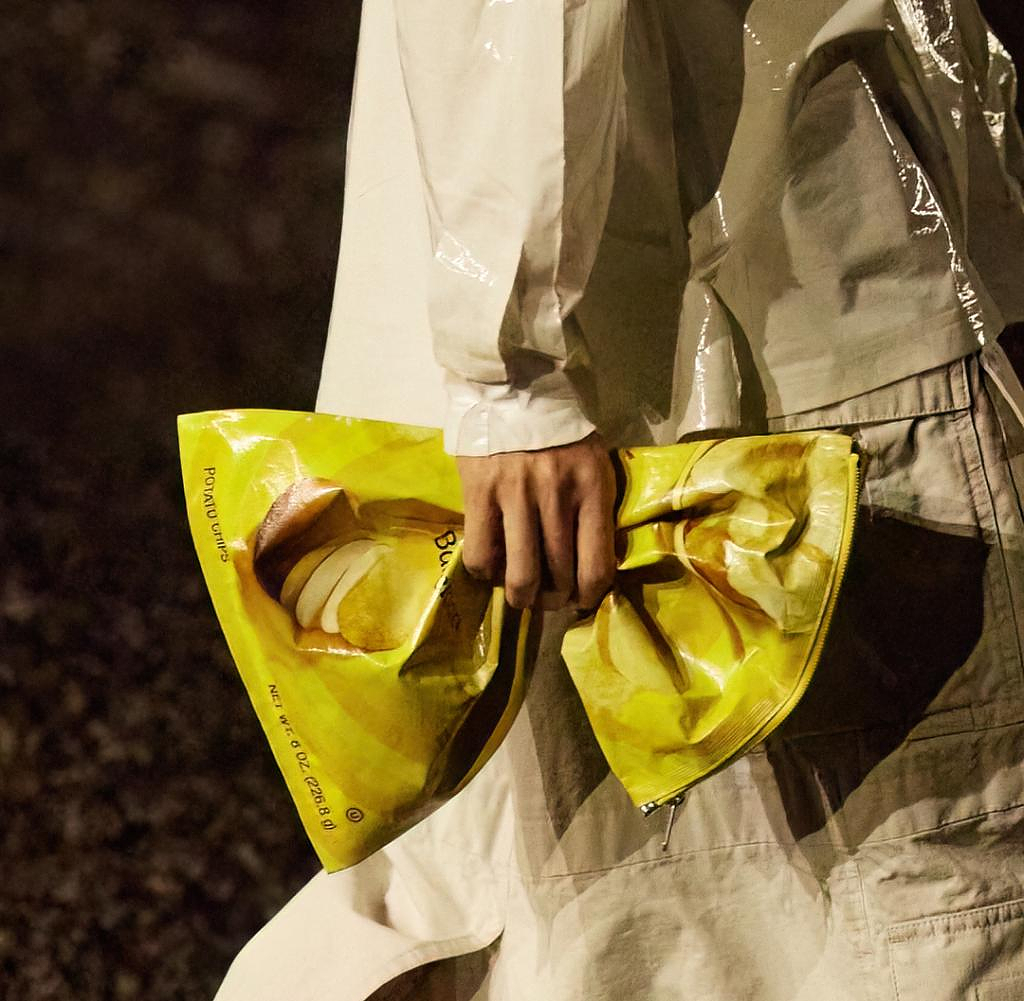 The leather clutch - which is carried crumpled beyond recognition, as models impressively demonstrated on the muddy Balenciaga runway during Paris Fashion Week recently - is Demna's understated take on a classic Lay's chip bag. Only with "Balenciaga" lettering and zipper on the top. Even the inner lining of the bag is silver, like the original. The accessory is available in the flavors “Original”, “Salt

Designer Demna himself doesn't appear to be entirely averse to the potato chips, having recently been spotted in Antwerp with an actual bag of Lay's chips. "Like it's a beautiful clutch," captioned this image of lifestyle magazine Dazed. Shortly thereafter, Balenciaga's creative director surprisingly announced the collaboration on Instagram - "The Lay's x Balenciaga leather chip bag" he captioned the photo:

Fashion fans are divided on the new partnership, to say the least, as excerpted from the reactions on social media: "Brilliant", "It's art and humor, nothing more. They'll go down in history for cracking a joke that I think is pretty funny", "The deepest abyss of crass commercialism", "It's a joke, isn't it?", "This must be some kind of social experiment be", "Just like Lay's bags, this is literally half-hot air", "It's a mockery of fashion", "Look what we can do because we are Balenciaga! Where's the fashion in that?” or “They just want to fool everyone, don't they?!”.

Another user wrote: "I did this in Boy Scouts with ironed on laminate. Nostalgic" - and a lot cheaper, because the original bags from Lay's - with a content of 150 grams - are available for just under 1.60 euros in selected supermarkets.

‹ ›
Keywords:
BalenciagaKartoffelchipsAccessoiresHandtaschenFashion WeekParisAntwerpenThe Lays X BalenciagaTwitterChipstüteSocial MediaMode
Your comment has been forwarded to the administrator for approval.×
Warning! Will constitute a criminal offense, illegal, threatening, offensive, insulting and swearing, derogatory, defamatory, vulgar, pornographic, indecent, personality rights, damaging or similar nature in the nature of all kinds of financial content, legal, criminal and administrative responsibility for the content of the sender member / members are belong.
Related News