the president of The region Ile-de-France Valérie Pécresse proposed on Monday to the attention of the government, a hiring plan with zero social burden for youn 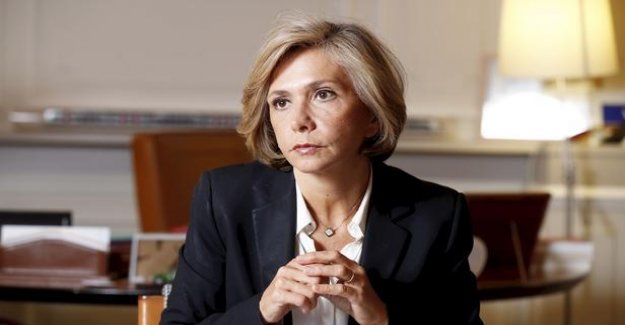 the president of The region Ile-de-France Valérie Pécresse proposed on Monday to the attention of the government, a hiring plan with zero social burden for young people. The graduates arrive on the labour market more than uncertain after two months of confinement, which have dealt a hard blow to the economy.

"The social crisis is before us", said this Monday morning on BFMTV Valérie Pécresse, in reaction to the increase of insecurity due to the cessation of economic activities to stem the epidemic. "There will be a rise of precariousness (...) I am very afraid for the young people, the fear of a lost generation (...) to the young people who will have their qualification is in June and that nobody is going to hire...that is why I asked the State a plan for two years of "zero charge" social". Is the exemption of all social security costs for hiring a young person for two years.

The president of the most populated region of France has also indicated that, in the face of the rise of precariousness that is emerging, "we will all have to make an effort of solidarity where we are and with the means that we have". She announced that the directors of regions would "give days of RTT in favor of the associations." "We give them, that is to say that the region is committed to transform them into money and we will give to associations", she promised. She also called on "those who think that they affect wages very high' to make donations.

in addition, Valérie Pécresse unveiled a part of the aid implemented by the Ile-de-France in favour of the most disadvantaged - the distributions of food banks has exploded in the containment. "The region is launching a plan precariousness, we have started to buy up all the surplus food from farmers, and we are going to give the 109 000 families in the more modest", she explained. An operation of state aid which are intended to "override" the canteen".

Asked about the revival of the economy, the president of the region has emphasized the role of local elected officials. "The stimulus plan will pass by the mayors and the public order (...) we have elected mayors in place, quickly and as soon as possible".

The editorial team conseilleLa "pandemic of hunger" could be more victims than the coronavirus ?The region of Île-de-France launches a platform emploiOnze millions of employees on partial unemployment, economic disaster and humain166 commentairesBen_Voyonsle 19/05/2020 at 15:32

absolutely ridiculous and politically correct. a
And the old ?
We let them croak ? a
Already they were discriminated against in hiring as early as 40 years to hire a number of children subsidized.

No social security charges....And who is going to pay for social protection ? It is Pécresse ?

Will you one day that it is tender, without expense, at the expense of the HEALTH, pension , training, etc.
It is a very bad solution. I am in favour of changing this system by removing social security charges, on the social VAT, the only system to enable it to contribute to the imports, the robotics, tele-working based abroad, the ubérisation, etc.... And for the consumer, each will pay according to his consumption, it is the system more just that can exist.