These eight architects want to expand the Stadelhofen

It could have been, theoretically, that the train for Santiago Calatrava has already left the station, to Express it in the language of the web. . Because the p 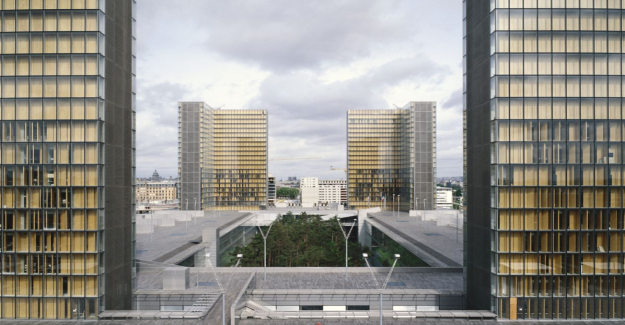 It could have been, theoretically, that the train for Santiago Calatrava has already left the station, to Express it in the language of the web. . Because the plan team for the renowned Spanish / Swiss architect, is one of eight that were Stadelhofen selected by the SBB for the project competition for the extension of the railway station. For the competition, whose legitimacy Calatrava contested before the Federal administrative court.

Among the other seven Teams which have announced the SBB today, Friday, there are two that are known to the wider Public: The office of the late Theo Hotz (PJZ, Sihlcity) applies as well to the job as the Frenchman Dominique Perrault. This is the French star architect. Perhaps his best-known work is the Bibliothèque Nationale in Paris; beautiful, but as a repository of books rather unsuitable.

Zürich Stadelhofen is today, with around 80'000 passengers and 770 trains per day, the third-largest train station in the Canton of Zurich. And he is the eye of a needle. Therefore, SBB is planning a fourth Track, and the Expansion of the railway station.

According to the SBB is a 20-day appeal period runs, during which they may be challenged in the selection of the Teams for the competition. In the autumn of this year, an independent Jury chooses the winning project. The Jury, under the chairmanship of the Zurich-based architect Lisa Ehrensperger, the office for urban planning of the city and the monument conservation of the Canton, in addition to the SBB represented.

How the Parliament decides?

Up in the fall of 2021, the SBB want to develop the preliminary project. These Works are financed in the expansion step 2025 from the Federal government. Due to the complexity and the long lead times this Work would take place already now, write to the SBB. The allow it, the project in a positive parliamentary decision faster and ready to develop. It does not mean that the project is included in the next expansion step. The Swiss Parliament will decide, probably by the end of 2019. (Tages-Anzeiger.ch/Newsnet)