international trade should record a historical decline of 18.5% in the second quarter due to the pandemic of Covid-19, but the contraction will be less severe t 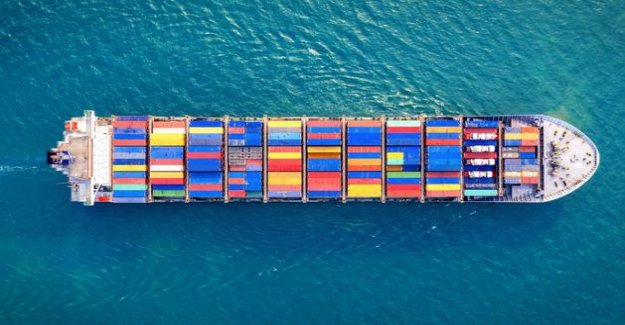 international trade should record a historical decline of 18.5% in the second quarter due to the pandemic of Covid-19, but the contraction will be less severe than anticipated, thanks to "the rapid reaction of governments", said the world trade Organization (WTO) on Tuesday. According to the latest statistics from the WTO, the volume of merchandise trade fell 3% year-on-year in the first quarter. The first estimates for the second quarter, a period during which the virus and the containment measures associated have affected a large portion of the world's population, have a drop of approximately 18.5%.

read also : more and more barriers to trade and investment

"the fall of The trade that we are witnessing today is unprecedented in scope - this would actually be the strongest ever recorded," said the director-general of the WTO, Roberto Azevedo, quoted in a press release. "But there is still an aspect comforting: it could have been much worse. This is a new really positive, but we cannot afford to relax our efforts", he added.

The head of the WTO has estimated that "the decisions taken have been essential to mitigate the blow to the production of, and trade", assuring that"they will continue to play an important role in determining the pace of economic recovery". "To ensure a strong recovery in the production of and trade in 2021, there will need to be fiscal policies, monetary and trade to go all in the same direction", he warned.

The editorial team conseilleLe Covid-19 could bring down the world trade of 32% in 2020Les United States want an overhaul of the OMC10 commentairestrollhébusle 23/06/2020 15:21

for more info! a
https://www.lesechos.fr/monde/europe/la-reprise-de-leconomie-est-plus-forte-que-prevu-en-europe-1217709

At the height of the crisis ,losses by the billion: it was at that complain the loudest.The crisis will leave its mark strong in the economy.Two issues that loss of revenue should be compensated for the profits also ?Think about companies such as Air France ,Airbus,ADP, and I pass that from the first days called to the aid ,not the means to take 2 months off without running the risk of "bankruptcy". Small shopkeepers, victims of the yellow vests have resisted better ,this is true they are not out of the great body of the State;ENA,X etc.

My world-leading company works in the export,Germany and China are our biggest markets, we work in a 3x8 with a max of interim, when the stores kind gifi, foirfouille and other selling chinese, I noticed in passing that they were chock full of rednecks, and those they don't like..