Severe weather in Japan: the 75,000 evacuated 75,000 persons is ordered to be evacuated in Japan due to heavy rain and flooding.

According to the AFP news agency has rain on Saturday unleashed floods and mudslides in large parts of western Japan.

Many are stranded, while 13 people remain missing.

the Country's meteorological department issued the previous Saturday, their highest warning message for heavy rain in the areas around Kumamoto and Kagoshima on the island of Kyushu. According to the news agency Reuters is the trick since been downgraded.

In Kumamoto leader rescuers after three people after a mudslide buried their house. It writes several local media.

On the tv-images it has been viewed, how many houses and cars are covered of water, like more bridges would be washed away.

- We urge people to act and protect their lives, as it is still raining rather heavily, says Toshiaki Mizukami, who is the official in Kumamoto prefecture.

According to local media is about 75,000 citizens in Kumamoto and Kagoshima have been ordered to evacuate their homes. Almost 100 people are reportedly stranded.

The local authorities have also asked the military to help with rescue efforts.

Japan's prime minister, Shinzo Abe, said Saturday that the country sends thousands of troops to the southern part of the island of Kyushu in order to help.

- The heavy rain is likely to continue until Sunday, and people in the area have to be completely on guard, says Shinzo Abe, adding that up to 10,000 members of Japan's defense will be sent to the region.

Japan is now in the rainy season. It is often to blame for floods and mudslides, which could cause local authorities to issue evakueringsordrer.

so far there are no reports of dead or injured. 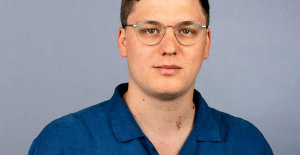