Constraints drastically reduce their activities due to the outbreak of coronavirus and containment, airlines, rail and hotel rival gestures to commercial custom 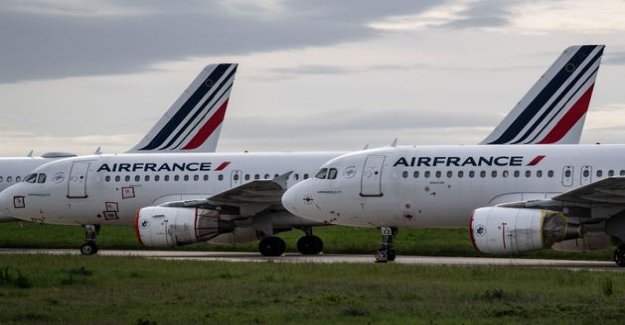 Constraints drastically reduce their activities due to the outbreak of coronavirus and containment, airlines, rail and hotel rival gestures to commercial customers, and in particular those who subscribed to loyalty programs.

read also : Reservation, refund, ticket, SNCF... What you need to know if you are taking the train this étéLes loyalty cards

Air France a, the first as early as mid-April, decided to extend the status of its members Flying Blue - or 16 million subscribers - a year additional, and this regardless of the number of flights.

The airline was shortly followed by the Accor group and its 5,000 hotels. Its loyalty program, recently renamed "ALL", has 55 million members. Here also, the achieved status in 2019 is to be extended by one year regardless of the number of overnight stays made.

side of the SNCF , the program "Grand voyageur" does not extend that an additional three months the status obtained before the crisis, and also extends the validity of the card for three months.

For reduction cards that customers buy in order to get the best price on the tickets or on overnight stays, the operators are moving all to a report of validity.

Thus, for Air France , for all commercial cards - Senior, Weekend, Young, and Subscriber -end date of validity has been automatically postponed for six months. "Even though this has been complicated by computer, we were able to save these extensions without the customer having nothing to do", adds Laurent Perrier, sales manager France at Air France.

Same thing for Business cards plus and Ibis business of the group Accor the validity of which is extended to six months.

side of the SNCF , the 3.5 million passengers in possession of cards, Weekend, Family, Senior, Youth and Freedom which expired between 17 march and 31 July, to see their validity uniformly extended until 31 August.