50 years ago, crash and cannibalism in the Andes

The military plane chartered to bring the "Old Christians" university rugby team from Montevideo to Santiago in Chile disappeared from radar on the evening of October 13, 1972 with 45 people on board. 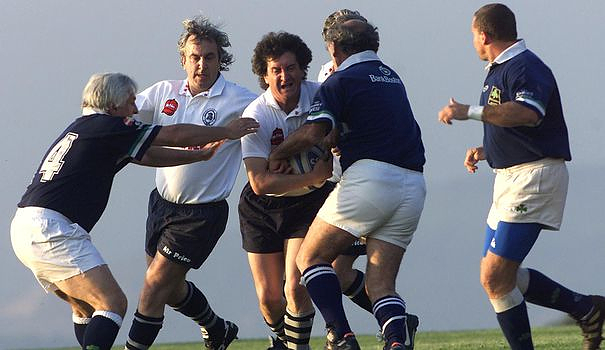 The military plane chartered to bring the "Old Christians" university rugby team from Montevideo to Santiago in Chile disappeared from radar on the evening of October 13, 1972 with 45 people on board.

Contact with the twin-engine from Mendoza (Argentina) was lost after it flew over Curico, some 200 kilometers south of Santiago.

The next day, a miner in this town said he saw a plane crashing in the Andes. But aerial searches in these snow-covered places yielded nothing.

It was not until more than two months later, on December 22, that the device was finally located, thanks to the indications of two 19-year-old survivors who had left to warn the emergency services.

They threw at a muleteer, over a river in San Fernando, about sixty kilometers north of Curico, a message wrapped around a stone, relate the AFP dispatches of the time: "We are Uruguayans. Our plane fell in the mountain. We have been walking for ten days, we can no longer walk. Fourteen people are injured, come to our aid".

Their companions, very emaciated, some suffering from frostbite, were evacuated by helicopter within 48 hours.

The 16 survivors begin to tell their odyssey. The pilot of the distressed aircraft, caught in the fog and deep air pockets, directed his aircraft towards a snowy platform. When the aircraft came to a stop after a long slide, a dozen passengers were dead. Others will succumb to their injuries in the following days.

At 3,500 meters above sea level, the survivors try to organize themselves, sleeping in the cabin and rationing their food, chocolate and cheese as much as possible.

A few days before Christmas, the joy is at its height. "We are witnessing a miracle never before seen in the world", enthuses the Uruguayan charge d'affaires in Santiago, César Charlone. Their survival is "scientifically inexplicable", say the doctors responsible for treating them.

Rumors of "cannibalism" quickly began to circulate, relayed by the Chilean press. A relief operations manager confirmed on December 26 that the survivors had eaten the flesh of their dead comrades.

A first anonymous testimony from one of the young people is published in the Santiago daily "La Segunda". "After four days of survival (...), we had already exhausted all the food that was on the plane, the plants that we had with difficulty managed to pull out under the snow were tiny".

"We then made the terrible decision: in order to survive, we would have to overcome all obstacles, whether religious or biological".

In a joint statement read at a press conference in Montevideo a few days later, the survivors explain themselves. "We said to ourselves: if Jesus, at the Last Supper, had shared his body and his blood among the apostles, shouldn't we understand that we had to do the same?"

The survivors were absolved by the Uruguayan Church and by Pope Paul VI.