333,000 Euros for improvements and interventions on rural roads

According to the Agriculture Area, a number of actions were taken in order to improve, conserve and maintain the rural roads network in Alcala la Real. 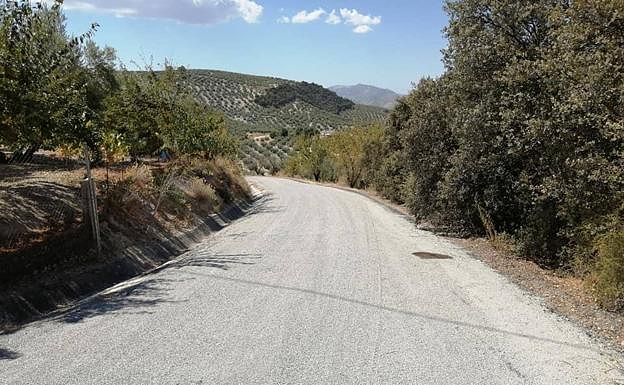 According to the Agriculture Area, a number of actions were taken in order to improve, conserve and maintain the rural roads network in Alcala la Real.

Throughout 2020, there has been work to clean and clear paths like the Los Zumaques pedestrian trail; the Velillos River path, between Mures and Ribera Baja; several paths between Villalobos, Alcala, such as Juanil; the bridge of Don Pedro in Mures; and passage from the cordel that connects Alcaudete and Granada in Ermita Nueva.

The damage has been repaired and walls were erected.

The City Council allocated EUR333,000 for both improvements and investments in the road network, which runs through Alcala's center and through the villages.

"Some paths, such as the one to El Villar were particularly in need. Miguel Sanchez-Canete, Councilor for Agriculture, stated that a breakwater was built into the stream to prevent land displacement and that the pavement had been asphalted.

Mayor says that they are committed to improving the vast network of rural roads in our municipality. We have an obligation to our farmers and we won't let them down.

Sanchez-Canete thanks his community for their support and says that his intervention continues in improving roads. "Some are already underway, and others will be attended to according to the urgency and the state of roads.

‹ ›
Keywords:
333000EurosIntervencionesMejorasCaminosRurales
Your comment has been forwarded to the administrator for approval.×
Warning! Will constitute a criminal offense, illegal, threatening, offensive, insulting and swearing, derogatory, defamatory, vulgar, pornographic, indecent, personality rights, damaging or similar nature in the nature of all kinds of financial content, legal, criminal and administrative responsibility for the content of the sender member / members are belong.
Related News