2022 is already the hottest year ever measured in France

"2022 will be the hottest year ever recorded in France, since the beginning of the measurements, that is to say since at least 1900, it is a certainty. 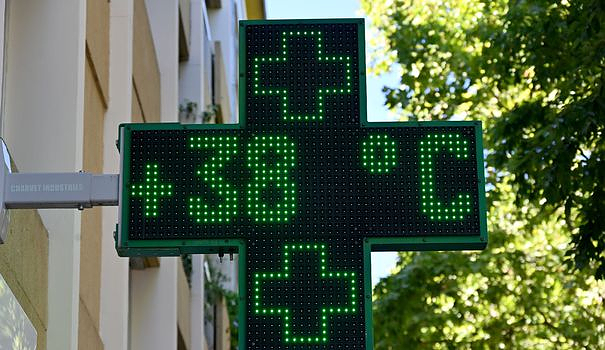 "2022 will be the hottest year ever recorded in France, since the beginning of the measurements, that is to say since at least 1900, it is a certainty. Whatever the scenario chosen for the month of December, even (…) cold or even very cold”, announced Wednesday Matthieu Sorel, climatologist at Météo-France.

“All the months of the year were warmer than normal, with the exception of January and April,” underlines Météo-France.

Main consequence of this warming: a "historic drought" which was the trigger for mega-fires like those observed in Gironde and even in Brittany this summer.

“2022 is one of the least rainy years, with a rainfall deficit expected at the end of the year between minus 20 and 25% compared to normal, causing an intense and lasting drought”, explained Mr. Sorel.

This year currently ranks as the third longest drought period in France. It already has eight months of drought compared to 17 in 1989/90 and nine in 2005.

Some months have even broken records, such as May (60% deficit) and July (-85%), which are the driest since measurements began in 1959.

This persistent drought and heat have had direct consequences on the daily life of the French: difficulty of access to water in many municipalities, reduced, damaged or destroyed agricultural harvests, houses that are cracking...

Not to mention a direct impact on health: of the 10,420 additional deaths recorded this summer in France, from all causes, 2,816 were during heat waves, according to Public Health France.

But is 2022 a special case? Yes if we refer to a distant past, but not really if we examine the beginning of the 21st century, and not at all if we project ourselves into the future, answers Météo-France.

Severe heat has become more frequent in recent years: eight of the 10 hottest years since the beginning of the 20th century are after 2010.

The cause is obvious: global warming caused by greenhouse gases emitted by human activities.

Thus the summer heat waves of 2022 would have been "highly improbable and much less intense without the effect of climate change", indicates Agathe Drouin, climatologist at Météo-France.

Studies estimate that this period "would have been almost impossible in a climate not warmed by man". These heat episodes have been made "about 500 times more likely with anthropogenic" i.e. human-caused climate change "and 1.5 to 1.9 degrees warmer" . “If we project ourselves into 2040, this event will be around seven or even 10 times more likely” compared to 2022, estimates Ms. Drouin.

"Very hot in the current climate, the year 2022 will become normal in the middle of the 21st century", concludes Météo-France.