1. FC Nürnberg is facing radical cuts due to the energy crisis

It's getting darker in German professional football, that's becoming more and more apparent. 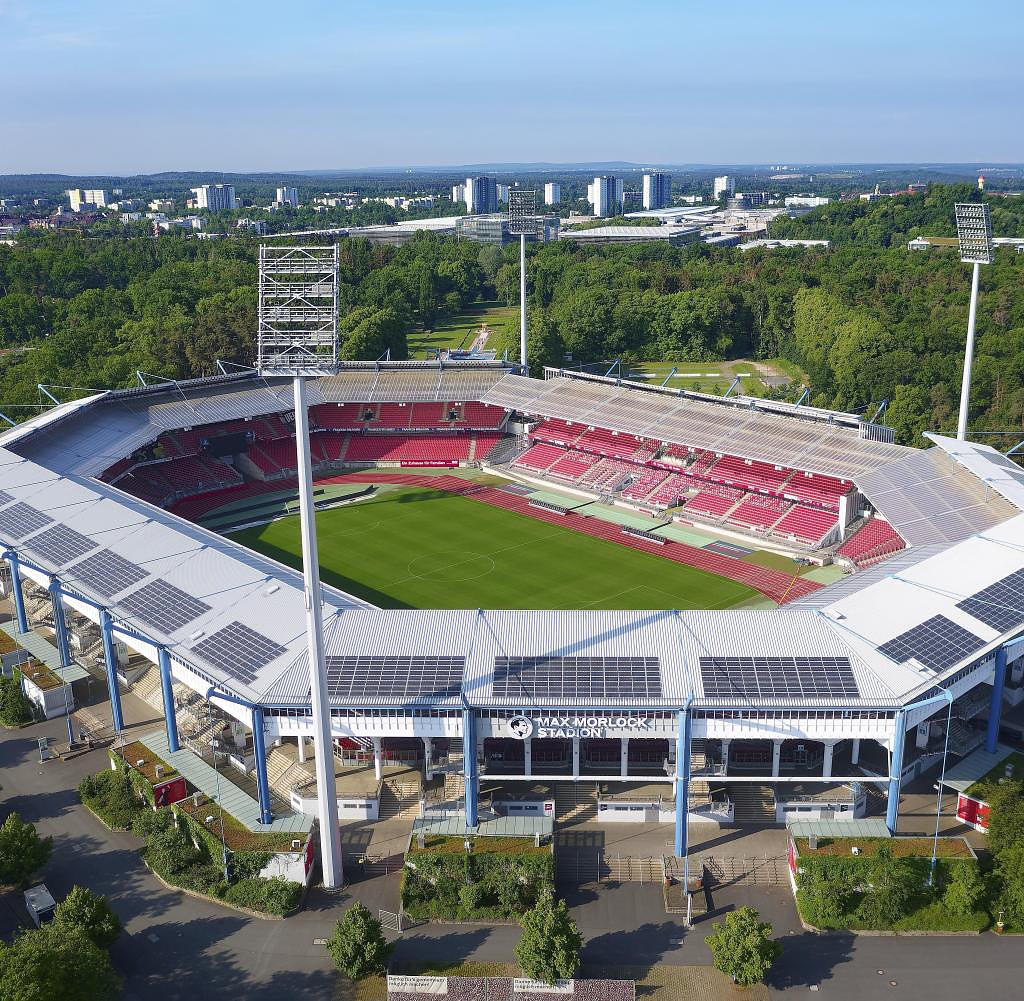 It's getting darker in German professional football, that's becoming more and more apparent. For example, the Borussia Dortmund stadium will no longer be illuminated at night in the future. Background: the energy costs for operating the arena at BVB have risen from four to ten million euros. So it is important to save. And not only in the Ruhr metropolis, also in Franconia.

The city of Nuremberg has now decided not only to reduce the water temperature in the swimming pools to 26 degrees Celsius for the heating period, which begins on October 4th, or to urge “the organizers” of the Christmas market to “convert the lighting in the Christmas market stalls to LED, if not already done”, but also to make cuts at 1. FC Nürnberg.

Due to the energy crisis, she no longer wants to allow Saturday evening games in the second division team's Max Morlock Stadium. The city owns the arena. According to a press release, the Nuremberg city council gave the “green light for several energy-saving measures”. "Among other things, the council has also spoken out in favor of not switching on the undersoil heating in the stadium this winter and only operating the floodlights until a maximum of 9 p.m.." The Saturday evening games in the 2nd division will kick off at 8.30 p.m. Under these general conditions, top games would not be possible for Nuremberg for the time being.

However, the “austerity measures” are still “subject to agreement” with the German Football League. "In this sense, the conversation should now be sought with the DFL, whose approval is mandatory." A tweet from the city on Friday caused confusion, which gave the impression that the DFL had already been involved.

So far, no Saturday evening games have been scheduled for the club, the DFL has so far scheduled the games until the weekend before the winter break (November 11th to 13th). First of all, the Max-Morlock-Stadion was the scene of the 0:2 draw against HSV on Saturday evening this season.

The 2nd division will continue in the new year, the 18th matchday is scheduled for the last weekend in January. 1. FC Nürnberg then receives FC St. Pauli, which could have been a duel that the DFL planners would have put on a Saturday evening.

30 degrees instead of 40: The campaign "We turn down" by the environmental foundation WWF and the detergent brand Ariel wants to get people excited about cold washing - because that not only protects the climate, but also saves energy and therefore hard cash.

Nuremberg currently has to play the away game at Karlsruher SC after a two-week international break on Sunday (1.30 p.m., in the sports ticker of WELT). Coach Robert Klauß knows that he has far too few points in his account. However, ten points after nine games and 13th place in the table are absolutely not enough for FCN's high ambitions.

Sports director Dieter Hecking spoke of "five or six points" that were missing to be in good shape. And yet the coach goes into the second phase of the season with a noble wish. "We have to get rid of the fact that we always judge everything based on whether it was a winning game or not," he said on Friday. But the performance, like the results, is just too variable. Real further development is a long time coming. In terms of sport, the club has been on the back burner for months.

‹ ›
Keywords:
1. FC NürnbergEnergiekrisenBorussia DortmundFC NürnbergFrankenlandKarlsruher SCFrankenmetropole NürnbergEnergiekriseFussballDeutsche Fußball LigaTweet NürnbergFCNMaxMorlockStadion
Your comment has been forwarded to the administrator for approval.×
Warning! Will constitute a criminal offense, illegal, threatening, offensive, insulting and swearing, derogatory, defamatory, vulgar, pornographic, indecent, personality rights, damaging or similar nature in the nature of all kinds of financial content, legal, criminal and administrative responsibility for the content of the sender member / members are belong.
Related News