Post a Comment Print Share on Facebook
Famagusta 29
DOLLAR 17,97
EURO 18,33
GOLD 1.027,77
BIST 2.872,06
Opinion: 'Saudi Arabia, from oil to tourism'
Jordi Bordoy, rider and general manager of Motos Bordoy, new president...
Opinion: Financial education brings us closer to well-being
Bizum notifications don't reach users because of this reason
To steal your data, send false SMSs to BBVA or Unicaja customers
Notification from the OCU to mortgagees who will be paying insurance
In a packed Pamplona, the bulls run fast and smoothly.
What day does Santander, BBVA, CaixaBank and Sabadell pay July pensions?
You can get a 10% refund on direct debit subscriptions with the new BBVA...
From the port to the inner city

Antonio Moral, from Cuenca, has returned to Ecuador this year.

Antonio Moral, from Cuenca, has returned to Ecuador this year. We understand that he has completed three of five years in which he was originally hired to direct the International Festival of Music and Dance. He gives an overview of the first "normal" festival, which he managed to manage after a second one that he reorganized in May and a second that was marked by uncertainty.

A Festival's end brings a sense of relief. This is especially true if everything went well like this year. Music lovers feel some sadness at the end of the Festival. Overall, time goes by quickly and one stays calm. This Festival has been able to be done as God intended. We have removed all obstacles, reduced capacity, and created opportunities for the public to travel to Granada.

-How many tickets have been finally sold?

After the cancellation of Trifonov's performance and Duquende's performance, which we don't count in the final calculation because we are going to refund the money, 37,415 tickets were put on sale. Of these, 84.72% have been sold in absolute numbers, 31,701 entries. The final box office collection was 1,125,000 euros.

We have also broken the collection record. It had never been worth more than one million euros in box-office receipts. Add to that the 15,632 attendees at the FEX shows and the number of people who enjoyed the shows nearly reaches 49.733. There have been nearly 2400 people at the 8 free concerts and Sundays. We have presented 102 shows and 107 screenings. Although these numbers may seem low, they are a result of the hard work of many people.

-Has it been able to return to pre-pandemic conditions?

Not entirely. The international public who came before us has not stopped wanting to return. We hope the pandemic of next year will be over and that things will get back to normal as soon possible. The commitment of the nation, as well as Granada, who has always supported us, was very important.

-And artistically, how do you measure the results?

I have a method that's not unlike any other but is very useful. It is to count the number of'standing ovations,' that is, when the public stands up and applauds after a performance. This has been done 24 times this year. This is in the middle between the main program's shows. All this for an artistic cost of 1,310,000 Euros, which is not the lowest in Festival history.

How has the budgetary cycle changed?

Festivals are more than names.

-Evidently. Festivals must be coherent, with a series that connects the festival, such as this year's centenary of Cante Jondo Contest. We have programmed flamenco but also looked for connections between avant-garde and contemporary authors in the context.

-What is the ideal and real goal of the Granada Festival?

You can and should strive for everything. This is the first year we were able to create a proposal that was exactly what we wanted. The result was very satisfying. It is imperative to take a number of urgent steps: legal transformation into a Foundation that attracts tax-deductible private sponsorship and financial support from institutions. This commitment places us at the same level as festivals like Aix-en-Provence, which is very similar in many ways to Granada but has a budget of 27 millions euros.

1. Opening concert of 'Solea’ by Rancapino at the Patio de Los Aljibes

6. Tabea Zimmerman, Javier Perianes Transcription of the "Seven Popular Songs" by Manuel de Falla to viola in the Patio de los Marmoles of the Royal Hospital

‹ ›
Keywords:
FestivalPuedeCodearseGrandesNecesitaApoyoPúblicoPrivado
Your comment has been forwarded to the administrator for approval.×
Warning! Will constitute a criminal offense, illegal, threatening, offensive, insulting and swearing, derogatory, defamatory, vulgar, pornographic, indecent, personality rights, damaging or similar nature in the nature of all kinds of financial content, legal, criminal and administrative responsibility for the content of the sender member / members are belong.
Related News 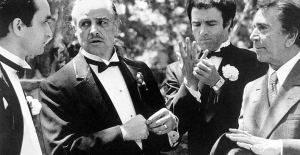