Coal mine explosion - at least 22 dead, including miners

At least 22 people have died in a massive explosion at a coal mine in northern Turkey. 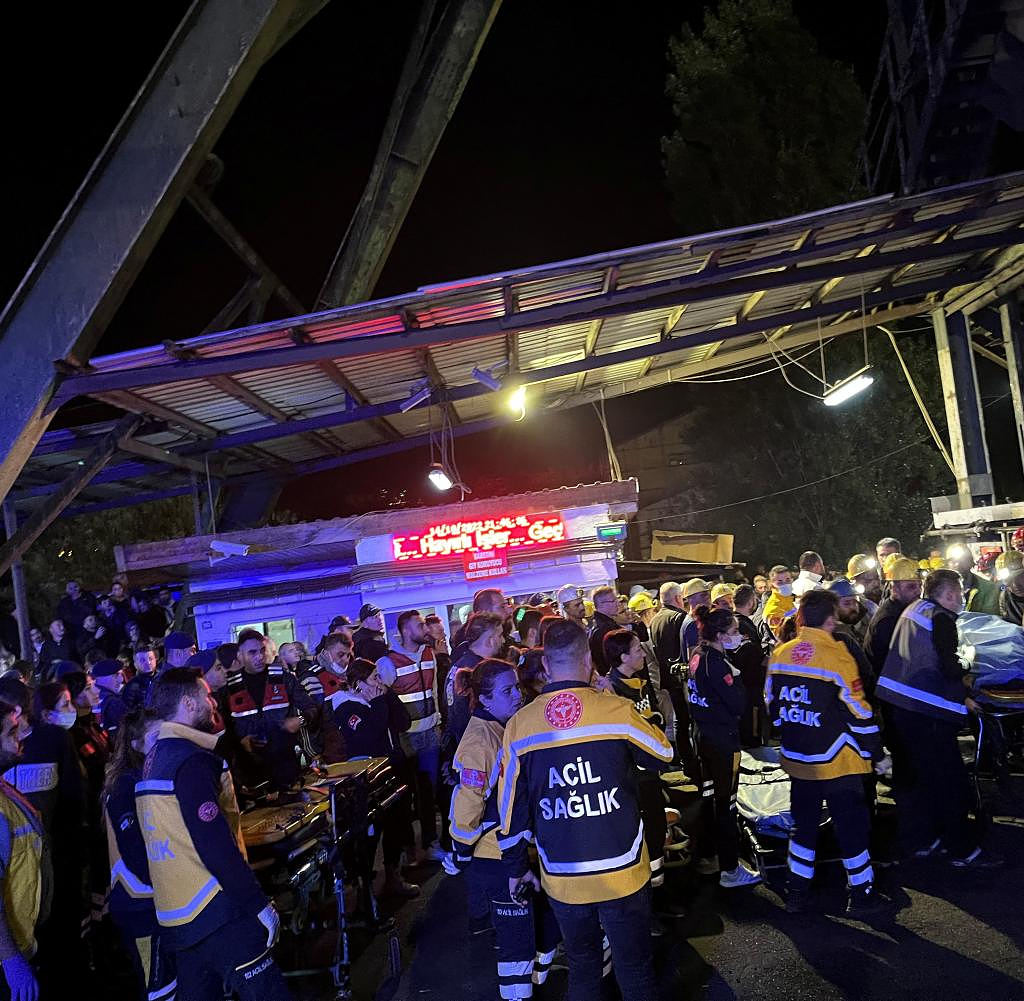 At least 22 people have died in a massive explosion at a coal mine in northern Turkey. Another 17 people were injured, eight of whom are in critical condition, Health Minister Fahrettin Koca announced on Friday evening. Authorities believed other people were trapped at the mine in the Black Sea province of Bartin, in the Black Sea district of Amasra. Presumably mine gas had exploded. The mine is located about 300 kilometers northeast of the capital Ankara

According to the Turkish Interior Minister Süleyman Soylu, 110 workers were in the mine at the time of the accident, 49 of them in a more vulnerable deeper part. The mine gas explosion happened about 300 meters below the surface, local media reported.

The Turkish miners' union attributed the explosion to a build-up of methane. The civil protection agency Afad said the explosion was apparently due to a defective transformer.

Television images showed hundreds of people gathered near the pit entrance. President Recep Tayyip Erdogan sent his interior and energy ministers to the scene of the accident. Local prosecutors said the incident was being treated as an accident and launched an official investigation.

Erdogan said on Twitter that he would visit the scene of the accident on Saturday to "coordinate" the rescue efforts. An investigation into the incident has been launched. The main opposition party, the social-democratic CHP, said the authorities had ignored a 2019 report by the Court of Auditors warning of a risk of a mine gas explosion at the mine.

There have been serious mine accidents in Turkey in recent years, partly due to poor safety regulations. In May 2014, Turkey experienced the worst mining accident in its history. 301 miners died in the accident at the mine in Soma in the west of the country. The tragedy sparked protests against the government of then Prime Minister Erdogan.

‹ ›
Keywords:
NewsteamTürkeiSuleyman SoyluKohlebergwerkGrubenunglückExplosionAmasra Am Schwarze MeerReiseSoma
Your comment has been forwarded to the administrator for approval.×
Warning! Will constitute a criminal offense, illegal, threatening, offensive, insulting and swearing, derogatory, defamatory, vulgar, pornographic, indecent, personality rights, damaging or similar nature in the nature of all kinds of financial content, legal, criminal and administrative responsibility for the content of the sender member / members are belong.
Related News