Autumn is the most beautiful time at Lake Walchensee

The Walchensee in the Bavarian foothills of the Alps is a quick-change artist. 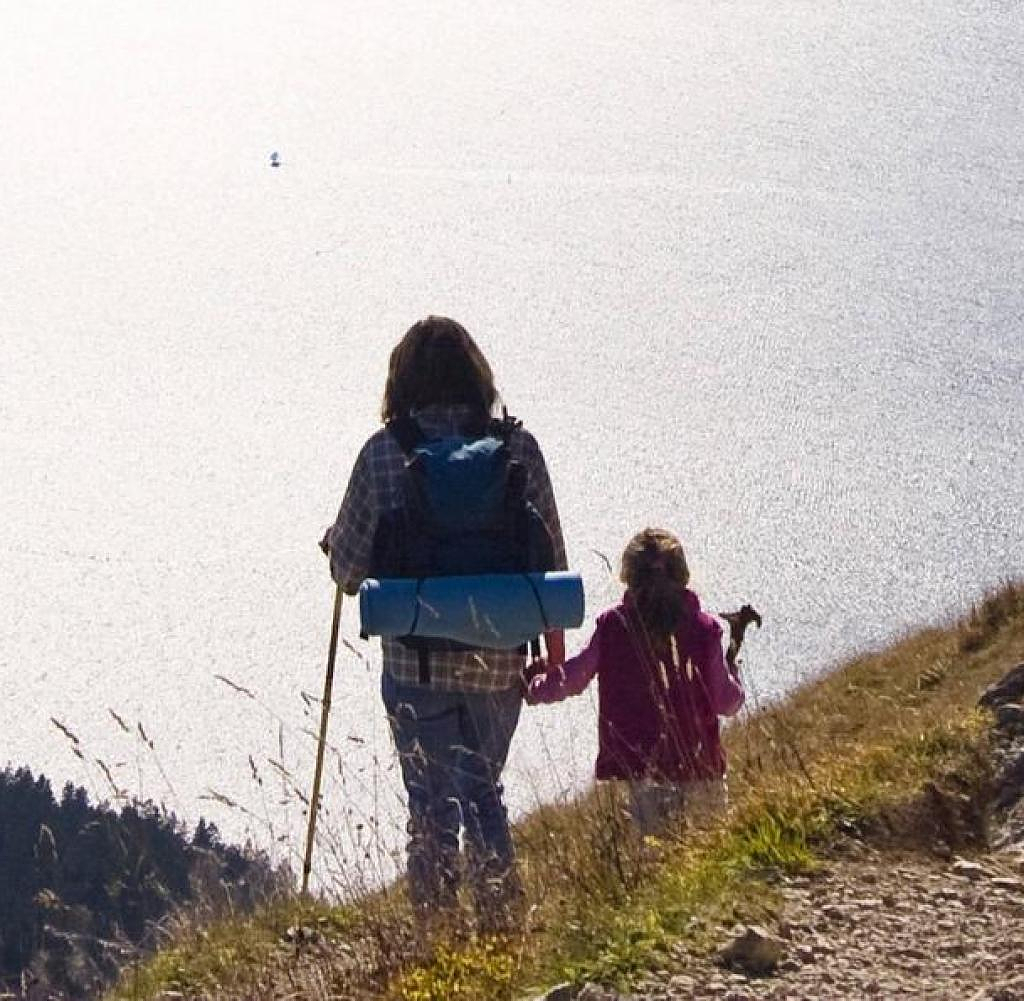 The Walchensee in the Bavarian foothills of the Alps is a quick-change artist. Depending on the season and the incidence of light, its water changes between Caribbean turquoise in spring and rich emerald green in autumn. On windless days it lies as smooth as glass. And sometimes it is also mysterious and hazy - if you want to experience that, you have to get up early.

Among the Bavarian lakes south of Munich, he is the silent unknown. While Starnberger See, Tegernsee and Chiemsee are common names throughout Germany, the mention of Walchensee often gets a shrug in response.

But now there is a chance that the body of water will become known to a wider audience: At the end of October 2021, the award-winning documentary "Walchensee Forever" was shown in German cinemas, showing it from its mystical side as a silent witness to a family history. Director Janna Ji Wonders has shot a touching portrait of five generations of women from her own family, who have their origin and fixed point at Walchensee around the excursion restaurant "Strandcafé Bucherer" founded by their great-grandmother in 1924.

Janna's mother Anna moved to America from Bavaria in the late 1960s. When Anna became pregnant with Janna, she decided to return to Germany and become part of Rainer Langhans' commune there. In order to find herself, Janna later retreats to Lake Walchensee.

In the film, the lake is the protagonist and focal point of the family story, to which all generations return. He has an impressive first appearance in a long shot that shows the entire lake and the snow-covered Alps behind it with a view from the Jochberg.

For the director, it is the most beautiful panorama of the lake, as she explains the day after the premiere in Munich. He also has a mysterious aura, she thinks, which is probably due to his depth of 190 meters. In the film, you see her right at the beginning as a little girl with a flower crown in her hair, who, when asked by her mother, claims that she is a fairy from Lake Walchen.

For many residents, the Walchensee is like a trusted friend, just like in the film. You know it well and of course you know what the best season is for a holiday at the lake. Not the summer! It's not a real bathing lake, even after prolonged periods of warm weather it only manages to have a water temperature of over 20 degrees.

On top of that, its banks are quickly parked up, and you have to be familiar with it to find an unoccupied mini bay on the east bank, which is closed to traffic, between Urfeld and Niedernach.

The much more exciting season is autumn, when from mid-October the lake is transformed into an almost unreal beautiful "Indian Summer" backdrop by the green, yellow and red play of colors of the maple trees and beeches on its banks and slopes. When the sky is still shining bright blue, the Walchensee develops a drama that can easily keep up with the fiery red autumn forests of North America.

Conveniently, the autumn weather at Lake Walchensee is pleasantly mild. The first alpine mountain range of Jochberg, Herzogstand and Rabenkopf as well as the Benediktenwand protect the lake well from high-fog weather conditions, which are known from Munich and which on hazy days can reach as far as the Kochelsee.

Sometimes a torrent of clouds then tries to glide over the pass on the Kesselberg down to the Walchensee. A spectacular weather spectacle. On the other hand, the foehn from Italy sometimes makes it here, and then it ensures late summer feelings on the peaks even in autumn.

This is probably one of the reasons why the lake and the surrounding mountains have always fascinated artists. The best known is Lovis Corinth, who spent his summers in Urfeld and captured the lake in many paintings and lithographs. Franz Marc spent two summers on the Staffelalm below the Rabenkopf and left two murals in the hut.

The entire south and east side of the lake is a nature reserve and belongs to Jachenau, which can be reached from there via a narrow toll road. It is thanks to nature conservation that the shore here has remained largely undeveloped to this day.

The Bavarian King Ludwig II also liked the south bank around 150 years ago - so much that he moved his cabinet meetings from unloved Munich to Altlach. He himself retired to the hunting lodge he inherited from his father on the Altlacher Hochkopf. But not for hunting, but for inner contemplation.

When the monarch stayed at the Hochkopf, his ministers had to travel extra. They had to present their concerns out loud on an alpine meadow by the lake so as not to be drowned out by the ringing of the cow bells. In the homestead of the Kiefersauer family down by the lake there is still a room where “Kini” once stayed.

And there was another celebrity at Lake Walchen: In August 1865, Ludwig gave his Hochkopfhütte to his friend Richard Wagner for a few days. He worked here on his "Siegfried" and wrote to the king enthusiastically: "How indescribably beautiful it is here... nothing could have been so healing for me."

There is nothing to add. Because it is still beautiful and healing at Lake Walchensee.

Arrival: You can reach Lake Walchensee by car via the A95 motorway from Munich to Garmisch. From Munich Central Station, take the regional train to Kochel and then take the 9608 bus to Lake Walchen (journey time one and a quarter hours).

Accommodation: In the modern "Alpenchalet Walchensee" from 195 euros per night for two (alpenchalet-walchensee.de); in holiday apartments with Sabine and Michael Gistl from 147 euros (gistlamsee.de). Cheaper alternative: "Haus Kiefersauer" (haus- Kiefersauer.de); from 29 euros per person and night.

Food and culture: Homemade cakes are available in the "Strandcafé Bucherer" in Kochel am See (no website), fish dishes and rustic dishes such as sausage salad in the "Blauer Reiter" (restaurant-blauerreiter.de), regional cuisine in "Block's Post" in Krün ( gasthof-blocks-post-kruen.de). Local history and industrial history are the themes of the Walchensee Museum in Urfeld (walchenseemuseum.de).

‹ ›
Keywords:
DeutschlandLänderporträtsBayernRegionenporträtsSeenParkinClarkRpblMünchenWalchenseesMautstraßeBuchererJachenauGarmischReiseWalchensee ForeverChiemseeStarnberger SeeUrfeldTegernseeJochbergKochelAlpenchalet Walchensee
Your comment has been forwarded to the administrator for approval.×
Warning! Will constitute a criminal offense, illegal, threatening, offensive, insulting and swearing, derogatory, defamatory, vulgar, pornographic, indecent, personality rights, damaging or similar nature in the nature of all kinds of financial content, legal, criminal and administrative responsibility for the content of the sender member / members are belong.
Related News