According to the Greek authorities, at least 15 people died when a migrant boat crashed off the island of Lesbos. 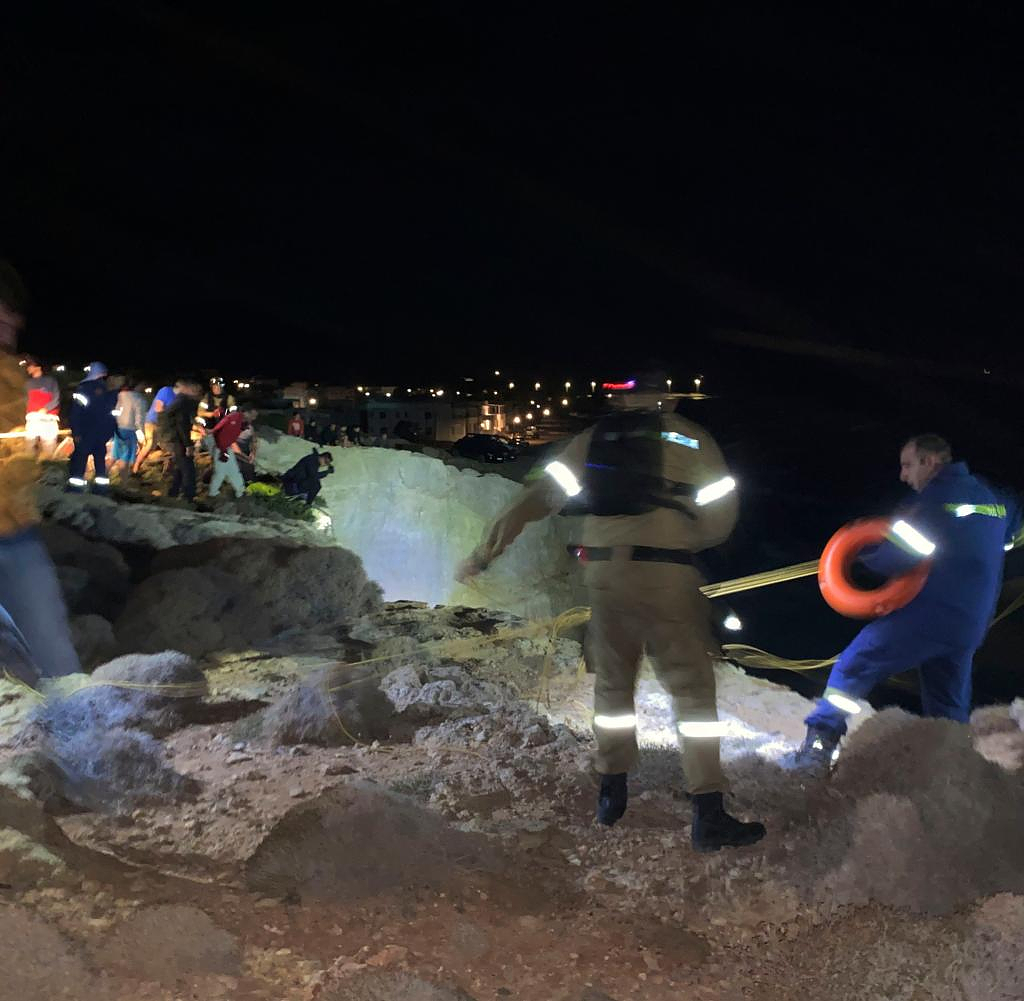 According to the Greek authorities, at least 15 people died when a migrant boat crashed off the island of Lesbos. The Coast Guard said their bodies had been recovered early Thursday morning. Accordingly, a dinghy with around 40 people on board had sunk near Lesbos the previous evening. Five occupants were rescued and five others were spotted on a ledge not far from the scene of the accident, it said. Many more missing people are still being sought.

At the same time, a second rescue operation was carried out hundreds of kilometers further west not far from the island of Kythera, where a sailing boat with up to 100 migrants on board crashed. Officials said 30 people could have been saved. There was initially no information about the fate of the other inmates. According to the information, the sailboat crashed into cliffs in strong winds off the port of the village of Diakofti on the east side of the island on Wednesday evening.

Martha Stathaki, an islander, reported dramatic scenes. "We could see the boat crashing into the cliffs and people climbing up those cliffs to try to save themselves. It was an incredible sight," Stathaki told the AP news agency. "All residents here went down to the port to help." According to the Coast Guard, ships, private boats and a rescue helicopter were also involved in the operation.

Firefighters lowered ropes to allow migrants to climb seashore cliffs. Local officials said a school in the area would be opened and provided emergency shelter for those who had been rescued. Navy divers were also expected to arrive on Thursday.

Many migrants are attempting to reach Greece from neighboring Turkey, but people smugglers have been taking different routes in recent months to avoid the heavily patrolled waters around Greek islands near the Turkish coast. Kythera is around 400 kilometers west of Turkey and on a route smugglers often use to bypass Greece and head straight for Italy.

‹ ›
Keywords:
NewsteamMigrationspolitikItalienKytheraTerrorismusLesbosGriechenlandTürkei
Your comment has been forwarded to the administrator for approval.×
Warning! Will constitute a criminal offense, illegal, threatening, offensive, insulting and swearing, derogatory, defamatory, vulgar, pornographic, indecent, personality rights, damaging or similar nature in the nature of all kinds of financial content, legal, criminal and administrative responsibility for the content of the sender member / members are belong.
Related News