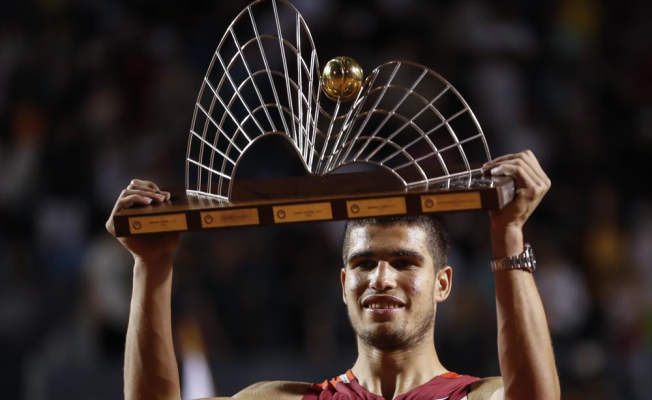 The seventh-seeded Spaniard won both his first professional match in Rio de Janeiro, two years ago, and his first tournament last season at Umag, Croatia (also on clay).

Schwartzman, 29, said that his younger brother is doing an "amazing job."

The Argentine stated that he was so young and had already achieved impressive results.

Alcaraz thanked Schwartzman for his fighting spirit, and thanked the crowd.

Alcaraz stated, "I don't know how to explain what I felt from the first match up until this final."

The Spaniard converted five out of six break points and was dominant with his impressive baseline play.

Alcaraz won the title by defeating Matteo Berrettini, the top-seeded Italian, in the quarterfinals, and beating Fabio Fognini in the semifinals.

Fitness was the key component of Sunday's final. Due to the heavy rains in Rio this week, both players reached their semifinals and quarterfinals on Saturday.

Schwartzman threatened to not play his semifinal match against Francisco Cerundolo, his countryman, if he didn’t have enough rest after a long quarterfinal against Pablo Andujar from Spain.