The latest unemployment data and hiring modalities. is someone lying?

A few days ago the unemployment data for the month of May in Spain was published, and we find, once again, a marked divergence in its interpretation between the Government, in this case represented mainly by the Minister of Labor, Yolanda Díaz, and the main opposition party, represented in turn by its president, Núñez Feijóo. 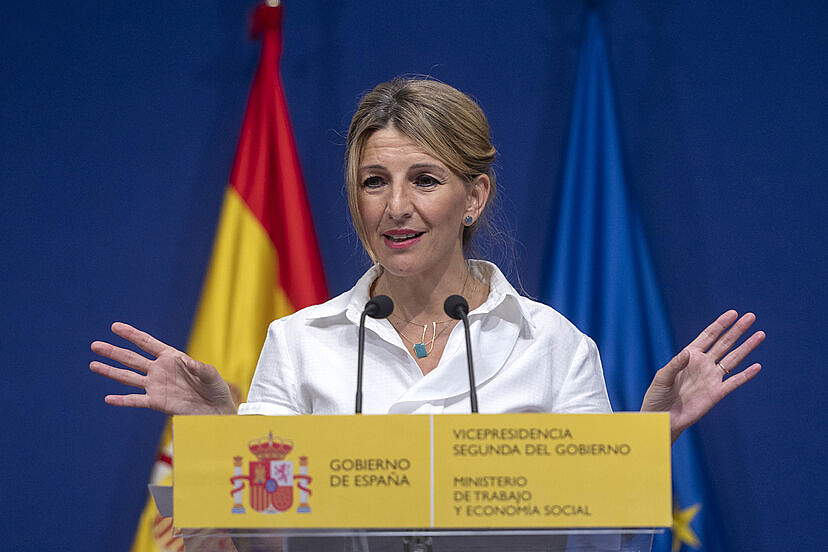 A few days ago the unemployment data for the month of May in Spain was published, and we find, once again, a marked divergence in its interpretation between the Government, in this case represented mainly by the Minister of Labor, Yolanda Díaz, and the main opposition party, represented in turn by its president, Núñez Feijóo.

Faced with such a discrepancy, one doubt arises, or rather the certainty, that at least someone is not telling the truth, or the whole truth. And although we are used to this reality on the part of our politicians, in which, as they say colloquially, paper endures everything, and to a large extent we tolerate it due to that great political polarity that some are responsible for feeding to avoid being judge by what they do, in such a way that we consider it good, and we are satisfied, with the speech that the representative of our political color makes, I think it is good from time to time to stop and think and ask oneself what is true in what they tell us, and not settle for what they tell us.

In order to help those who are interested in the approach in this reflection, I write these lines in which I will try to summarize, with the limitation of space required by an article of this nature, the difference between a temporary contract, both in accordance with the legislation prior to the labor reform, as after the reform, and a discontinuous permanent contract.

Until the labor reform, there were three main types of temporary contracts in our legislation, the work contract, the temporary contract and the interim contract. After the reform, the first one is suppressed, and the other two remain, with some modifications, but we could say that they are not excessively relevant. The construction contract represented 30% of the temporary contracts concluded in Spain in 2019, although we must consider that its importance was greater than that percentage, since its duration was considerably greater than that of the temporary contracts that represented 56%. . One last very important piece of information, the Supreme Court, in a judgment of December 29, 2020, changed its criteria and eliminated the option of entering into a work contract linked to the duration of a contract. This change meant eliminating the main "cause" for which construction contracts were concluded.

From here, a first reflection, how transcendent is the legislative elimination of the work contract, when the jurisprudence had reduced it to its minimum expression? In my opinion, rather little.

But returning to what concerns us here, the permanent discontinuous contract was a contract linked to the performance of cyclical but temporary work, and it was used on a residual basis in some sectors in which the seasonal and cyclical nature of the activity was very pronounced, such as It could be ski resorts, Christmas products, fruit collection campaigns, etc. The labor reform develops the definition of this contract, and describes various assumptions in which it can be held. Professor LAHERA groups them into five, but for the purposes that concern us here, suffice it to say that that temporary worker who was previously hired every year for sales periods with a temporary contract (of dubious legal fit), is now a permanent worker discontinuous. That person in our example is going to work the same days a year and is going to receive the same salary, therefore, has his employment situation ceased to be precarious? The difference is that before, each time his contract ended, he received compensation of 12 days of salary per year, now he will not receive any compensation when his period of "non-provision of services" arrives, and the company will be obliged to call him for each campaign. Of course, if you do not do so, you will be entitled to compensation of 33 days of salary per year, compensation that, by the way, if you claimed judicially in the previous situation, quite likely a Labor Judge would also recognize you, additionally after 12 days that he had received, except for those of the last contract that were compensated.

From here, each part puts the accent where it wants, and not where it touches, because politics, unfortunately, is not grammar, and today there are practically no rules, anything goes. While the minister proudly walks through the media showing off some certainly good unemployment data, on the basis that the worker in our example was previously counted as unemployed and now is not, the president of the opposition does so by trying to highlight the computational trap.

In conclusion, I think that in this case it can be said that no one is lying, however, I also think that there is no reason for such complacency on the part of the Government, that the criticism of the opposition is correct, although it forgets to recognize that although the unemployment data are not comparable with those of May 2021, the labor reform at this point introduces some stability in employment, although it does not eliminate, far from it, a very substantial part of its precariousness, as they want us to believe from the Government, and very surprisingly with the acquiescence of the Unions, but it is already known, as the Mingote cartoon says, "The working class is fed up, and as soon as there is a right-wing government they will listen to us."