"I do not believe that Putin will use nuclear weapons"

According to Ukrainian President Volodymyr Zelenskyy, he does not believe that Russian President Vladimir Putin will go with the nuclear option. 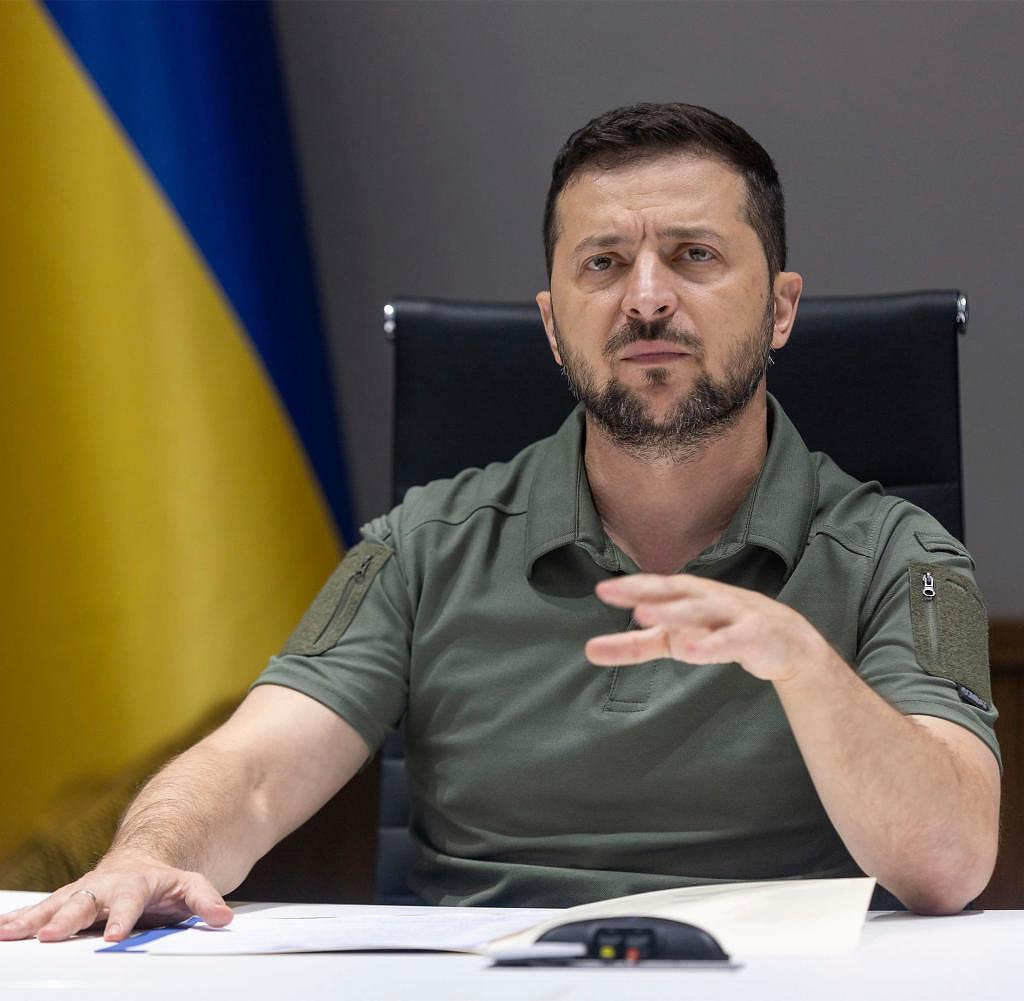 According to Ukrainian President Volodymyr Zelenskyy, he does not believe that Russian President Vladimir Putin will go with the nuclear option. “I don't believe that he [Putin] will use these weapons. I don't think the world will allow him to use these weapons," Zelenskyj was quoted as saying by "Bild" after a television interview with "Bild TV". However, he cannot completely rule it out either: "We cannot look into this person's head."

Zelenskyy stressed that under no circumstances should one give in to Putin's threats: "Tomorrow Putin can say: In addition to Ukraine, we also want a part of Poland, otherwise we will use nuclear weapons. We cannot make these compromises.”

Selenskyj had not watched the speech by Russia's head of state Putin on partial mobilization. Such a TV speech is not his "favorite video," says Selenskyj in an interview, adding: "I have all the information I need." The speech was "nothing new" for him.

Putin has already carried out the partial mobilization, Zelenskyj said. "Our intelligence and our allies have already said that."

According to Zelenskyy, it shows that Russia has "problems with officers and other military personnel". “We already know they mobilized cadets, guys who couldn't fight. These cadets have fallen. They couldn't even finish their education. All these people cannot fight. They came to us and die.”

Zelenskyj continues: “He (Putin) sees that his units are simply running away. He needs a multi-million dollar army coming to us. Because he sees that a large part of those who come to us simply run away.” Zelenskyj's grim conclusion: “He wants to drown Ukraine in blood, but also in the blood of his own soldiers.”

The Ukrainian President was not impressed by Putin's threats. He does not plan to cancel the reconquest of the territories occupied by Russia. “We will act according to our plans step by step. I am sure we will liberate our territory.” The referendums are “sham referendums, 90 percent of the states will not recognize them”.

The Kremlin chief had previously ordered a partial mobilization of his own armed forces in a television speech. This should start the same day. Russia's Defense Minister Sergei Shoigu named 300,000 reservists to be mobilized for combat. According to this, people with combat experience should be deployed. There are 25 million reservists in Russia.

The Russian war of aggression against Ukraine, which began at the end of February, has so far progressed rather slowly. The Ukrainian armed forces had recently achieved important successes in their counter-offensives, also thanks to Western military aid.

‹ ›
Keywords:
TexttospeechNewsteamSelenskyjWolodymyrUkrainePolitikRusslandUkraineKrieg (24.2.2022)Sergej SchoiguWolodymyr SelenskyjPolitikTeilmobilmachungTVUkraineWladimir PutinMilitarRussland
Your comment has been forwarded to the administrator for approval.×
Warning! Will constitute a criminal offense, illegal, threatening, offensive, insulting and swearing, derogatory, defamatory, vulgar, pornographic, indecent, personality rights, damaging or similar nature in the nature of all kinds of financial content, legal, criminal and administrative responsibility for the content of the sender member / members are belong.
Related News