Chaim Golani sits in front of his computer in his apartment in Binyamina in north-west Israel. 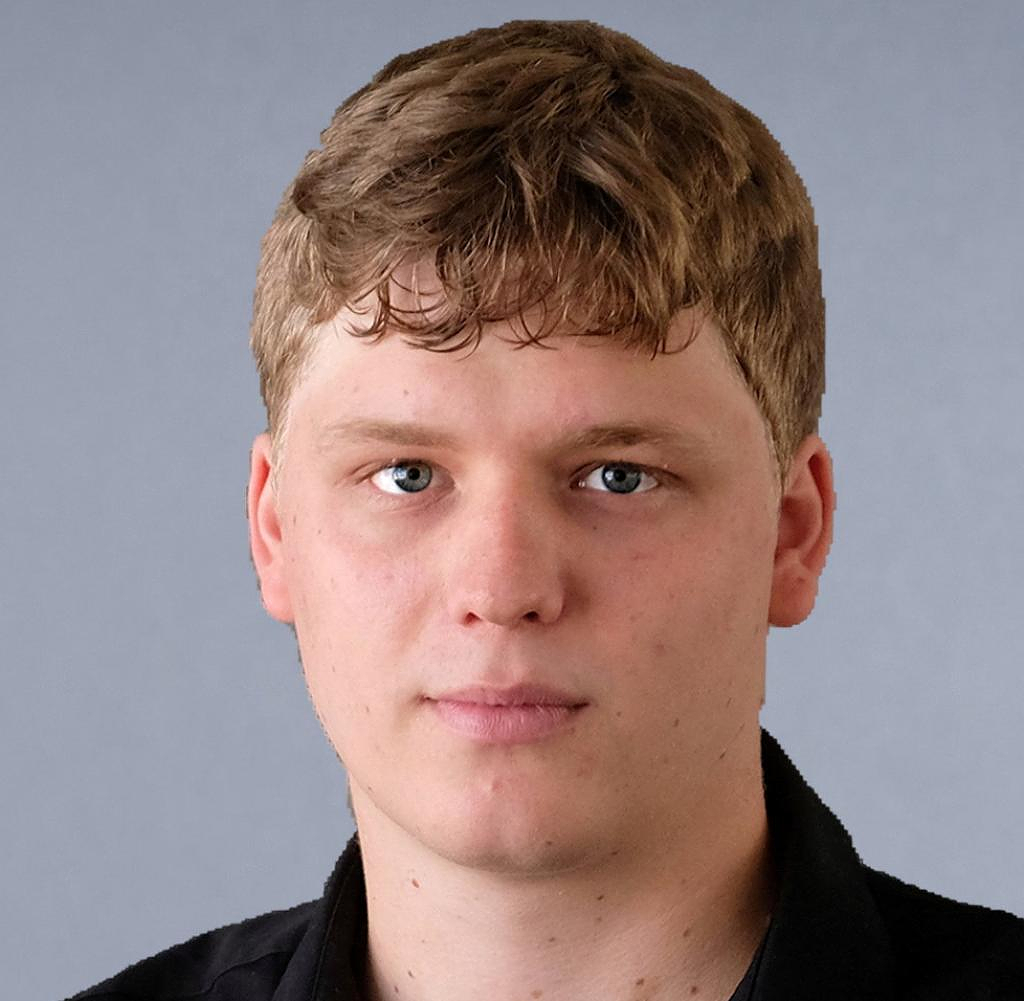 Chaim Golani sits in front of his computer in his apartment in Binyamina in north-west Israel. He is wearing a blue polo shirt and has a hearing aid in his ear. Golani faces the camera and says, "My soul is a wound."

He has just been asked by public prosecutor Maxi Wantzen whether he sustained injuries from his time in the Stutthof concentration camp near the annexed Danzig. The 92-year-old says he had wounds all over his body at the time. "I looked like a wound. I was just a big wound," he says. Today, however, he no longer bears any signs of it on his body. But his soul is a wound, he repeats.

The Itzehoe district court questioned Golani on Tuesday morning via video in the criminal trial against the former chief secretary of the Stutthof concentration camp, today's 97-year-old Irmgard Furchner. His testimony is translated from Hebrew into German by an interpreter. Furchner worked for the camp commandant Paul Werner Hoppe and has had to answer for a year on charges of aiding and abetting mass murder. 11,380 cases are indicted.

It could be the last time that a survivor of the Nazi extermination of the Jews will testify before a German court. WELT reported in April of this year that five guards from the Buchenwald, Neuengamme, Sachsenhausen and Ravensbrück concentration camps were being investigated nationwide at that time. The investigations continue. So far, however, there has been no further indictment and consequently no further trial.

Golani was born in October 1929 in Wilna in what was then Poland. The city is now called Vilnius and is the capital of Lithuania. Only a week after the attack on the Soviet Union, the Wehrmacht reached Vilnius and occupied the city. Shortly thereafter, they established two ghettos for the Jewish population.

Chaim Golani, then Chaim Levin, lived in the so-called small ghetto with his family and 11,000 other Jews. The family was later deported to the Narwa subcamp of the Vaivara concentration camp in Estonia. They were also forced to work in the Kiviõli and Kunda satellite camps. He never saw his mother again; to this day he doesn't know what happened to her.

In August 1944, 14-year-old Chaim was deported to Stutthof from Estonia with his father Moshe. "As soon as we arrived, we had to stand in lines," says Golani in Hebrew. And then in German: “Appeal. Appeal."

SS officers would have beaten her with pizzles. These are blunt weapons made from dried bull penises and were also used in Dachau and Mauthausen to abuse prisoners.

Golani tells of these beatings again and again on Tuesday. "It didn't matter if we obeyed, we were always beaten," he says. Many people died from the beatings in the first few days. Every barrack was full of bunks. Three floors on top of each other, Golani remembers. “We were lying on the wood,” he says. "We didn't have anything. Only the wood was there.” There was only water and bread to eat. The SS never addressed the prisoners by their names. "We were just called 'pigs' the whole time. Or 'cursed Jews'.”

After a week in the camp, the youth was forced to work in the crematorium. Golani recalls removing and sorting the shoes of the dead and searching the corpses for valuables. Everything under the eyes of the SS men.

"We were like nothing, nothing. We were nothing, we were as good as dead.” When the presiding judge Dominik Groß asked him if he knew how these people died, Golani said: “They were thin and broken. They were literally finished.”

When he tried to flee into the forest in the second week, he was discovered. "I was completely naked and was splashed with cold water," says the 92-year-old. He had to work in the crematorium for about three weeks. “These three weeks lasted like a lifetime. I thought I'd never leave this place."

The accused Furchner followed Golani's testimony on a screen directly in front of her. On this day of the hearing, too, she made use of her right to remain silent. On the previous day of the trial, an expert had said that Furchner had worked with veteran and experienced SS men on a daily basis.

As late as the 1950s, she received several visits from members of the management team in Schleswig, including Commandant Hoppe. In Stutthof, Furchner also met her future husband, an SS sergeant. In a trial against the camp commandant, Heinz Furchner testified: “People were gassed in the Stutthof camp. They talked about it in the commander’s office.”

The systematic killings and extermination transports were controlled in Furchner's department at the time. The public prosecutor's office accuses Furchner of having "ensured the smooth functioning of the camp". She "supported the execution of the mass murder through her writing".

In his testimony, survivor Chaim Golani also speaks about the accused. She accompanied the commandant in the camp and cursed and humiliated the prisoners. Again and again she pointed to people who were not sincere at the appeal. "She was cruel, we were afraid of her," Golani said.

Hans-Jürgen Förster, Golani's witness advisor and former federal prosecutor at the Federal Court of Justice, says WELT after the end of the hearing: "He's definitely wrong about this memory." From the power and intimidation of a man, he concluded that this must be the commander. Otherwise, however, no one reported seeing a civilian employee inside the concentration camp. Therefore, it is likely that the man from Golani's memory was a commander standing under the commandant, accompanied by an SS woman.

After 37 days in Stutthof, Chaim Golani and his father were deported to the Natzweiler-Struthof concentration camp in occupied French Alsace. This emerges from a security police document that WELT was able to see. There he was forced to extract fuel from oil shale in several satellite camps, including the Dautmergen concentration camp.

Then he was sent on a death march from Dautmergen. The guards fled after 80 kilometers in the face of the advancing French army. The French freed Golani, who by then weighed only 30 kilos. It was April 22, 1945 - a few days before the unconditional surrender of the Wehrmacht and the end of National Socialist terror.

In 1947, even before the state of Israel was founded, he came to what was then the British Mandate of Palestine and joined the Zionist paramilitary underground organization Hagana, which later became the Israeli army. In the War of Independence, which began one day after the founding of the state in May 1948, he fought against the attacking Jordanian army.

His unit was called the Golani. Out of solidarity with his comrades, he adopted the name as his surname.

‹ ›
Keywords:
HolocaustAntisemitismusWELTnextNationalsozialismus (NS) (19331945)KonzentrationslagerSchindlerFrederikNSVerbrechenBinjaminaIsraelRavensbrückEstlandApple PodcastBundesgerichtshofElsasWilnaIrmgard FurchnerKrimiChaim GolaniKZ StutthofSS (Schutzstaffeln)
Your comment has been forwarded to the administrator for approval.×
Warning! Will constitute a criminal offense, illegal, threatening, offensive, insulting and swearing, derogatory, defamatory, vulgar, pornographic, indecent, personality rights, damaging or similar nature in the nature of all kinds of financial content, legal, criminal and administrative responsibility for the content of the sender member / members are belong.
Related News