"For me, who am a maker of songs, he has written a superb text: "It is death the singer". I just had the chance to be his friend". Didier Barbelivien rememb 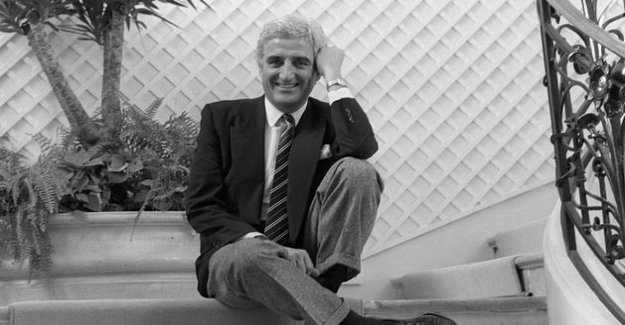 "For me, who am a maker of songs, he has written a superb text: "It is death the singer". I just had the chance to be his friend". Didier Barbelivien remembers with emotion Jean-Loup Dabadie, which for him was like "a big brother, with his white mane and his scarves multi-colored, that we admired. I know, as I do, that today all the artists are unhappy."

read also : The academician Jean-Loup Dabadie has died at the age of 81

for if the French Academy was inducted for his many talents as a man of letters capable of writing novels, scenarios and even sketches for his friend, Guy Bedos, Jean-Loup Dabadie has also been a songwriter inspired to performers as exceptional as Barbara, Michel Polnareff, Julien Clerc, Serge Reggiani and Michel Sardou.

"We all go to paradise, even me, that we be blessed or be cursed..." These words, therefore, are those of an Immortal. They bring to Michel Polnareff is one of the most successful (the singer, so ready to express yourself on Twitter, has so far not reacted to the death of the star of the lyricists). But Jean-Loup Dabadie never could have imagined in 1972, when he threw his words out on the paper, that he would one day become Academician French, elected to the chair of Pierre Moinot in April 2008. But he already knew that songs like the romans partook of the genius of the language of Molière.

Prior to this nugget, in 1969, he had already invented two other songs for Michel Polnareff, and not least, All boats, all birds and Ring ding. This complicity artistic will last throughout the following decade with In the empty house (1970), Holidays (1972), and of course We all go to heaven (1972), Letter to France (1977), day after Day, and Our words of love. The greatest hits by the sum of the man with the dark glasses.

The greatest performers have sung the words of Jean-Loup Dabadie. In his music-hall private, the music lover can listen, of course, Michel Polnareff, but also Barbara, Serge Reggiani, Julien Clerc, Juliette Gréco, Johnny Hallyday, Michel Sardou, Dalida... The cream of the cream of the French song of the sixties to the 2000s.

His poetry set to music was worthy of the great reciters. It was so chiselled choruses and verses, tailor-made for the actors. Romy Schneider and Michel Piccoli, for the Things of life (the film is aired tonight in tribute to the actor disappeared), fredonnèrent The song of Helen. Jean-Loup Dabadie, moved, will never forget : "life, she danced in the body of Romy, she moved in her movements, she walked in his footsteps."

And then, four years after this small masterpiece, in 1974, he lent his pen to Jean Gabin. The great actor spoke again of the life : "... Now I know that you never know. Life, love, money, friends and roses you never know the noise nor the color of things. This is all I know! But this I know...!"

five years ago, Didier Barbelivien had had the beautiful idea to propose to Universal Music a collection entitled: The large feathers of the song. Jean-Loup Dabadie had opened...

tribute to his talent, Le Figaro presents in words and images, an anthology of his songs performed by Michel Polnareff, Barbara, Romy Schneider and Jean Gabin.

We all go to heaven by Michel Polnareff, Mary Chenevance Barbara, The song of Hélène by Romy Schneider and Now, I know by Jean Gabin... on the words of Jean-Loup Dabadie