They are not your Marvel.

It's obvious there is a problem when those who said 'Captain Marvel was boring' complained about the "forcedness of the scene in which all the heroines are forced to pay attention during the final battle of Endgame. 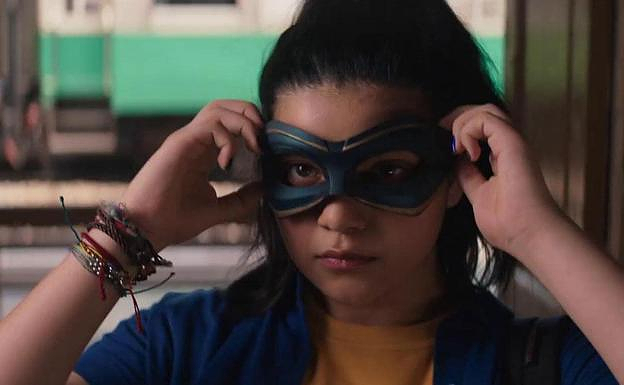 It's obvious there is a problem when those who said 'Captain Marvel was boring' complained about the "forcedness of the scene in which all the heroines are forced to pay attention during the final battle of Endgame. While it is obvious that you might not like the titles listed, shouldn't we be alarmed that all of them feature women? Is that not too strange?

I find it very offensive the irrational hatred that "Miss Marvel" elicits in me. It's also very cruel. People are cruel. The latest Marvel series is a great billboard. It is innovative and daring visually, and requires a lot imagination. The story focuses on a Muslim family in Pakistan and the breaking down of barriers. Kamala, the protagonist is a teenage girl who is normal and is the source of a superheroine who will lead all the girls who want to fly. Isn’t this beautiful?

All those who complain about 'forced inclusion' or lament the screen quota, and all those who hate everything beyond their knowledge, I suggest one thing: have a child. There is no better way to combat machismo than having a daughter. My daughter should have heroes everywhere. She loves to go to the movies and gets so excited when she sees the Avengers' last scene. When she leaves, she declares "I am Miss Marvel!" They aren't your Marvel movies. They belong to all. They belong to everyone.

‹ ›
Keywords:
Marvel
Your comment has been forwarded to the administrator for approval.×
Warning! Will constitute a criminal offense, illegal, threatening, offensive, insulting and swearing, derogatory, defamatory, vulgar, pornographic, indecent, personality rights, damaging or similar nature in the nature of all kinds of financial content, legal, criminal and administrative responsibility for the content of the sender member / members are belong.
Related News