At the end of 2020, after the hard months of confinement and an even harder work of more than a year of authorization procedures to be able to fly, Flock Drone Art carried out its first drone air show. 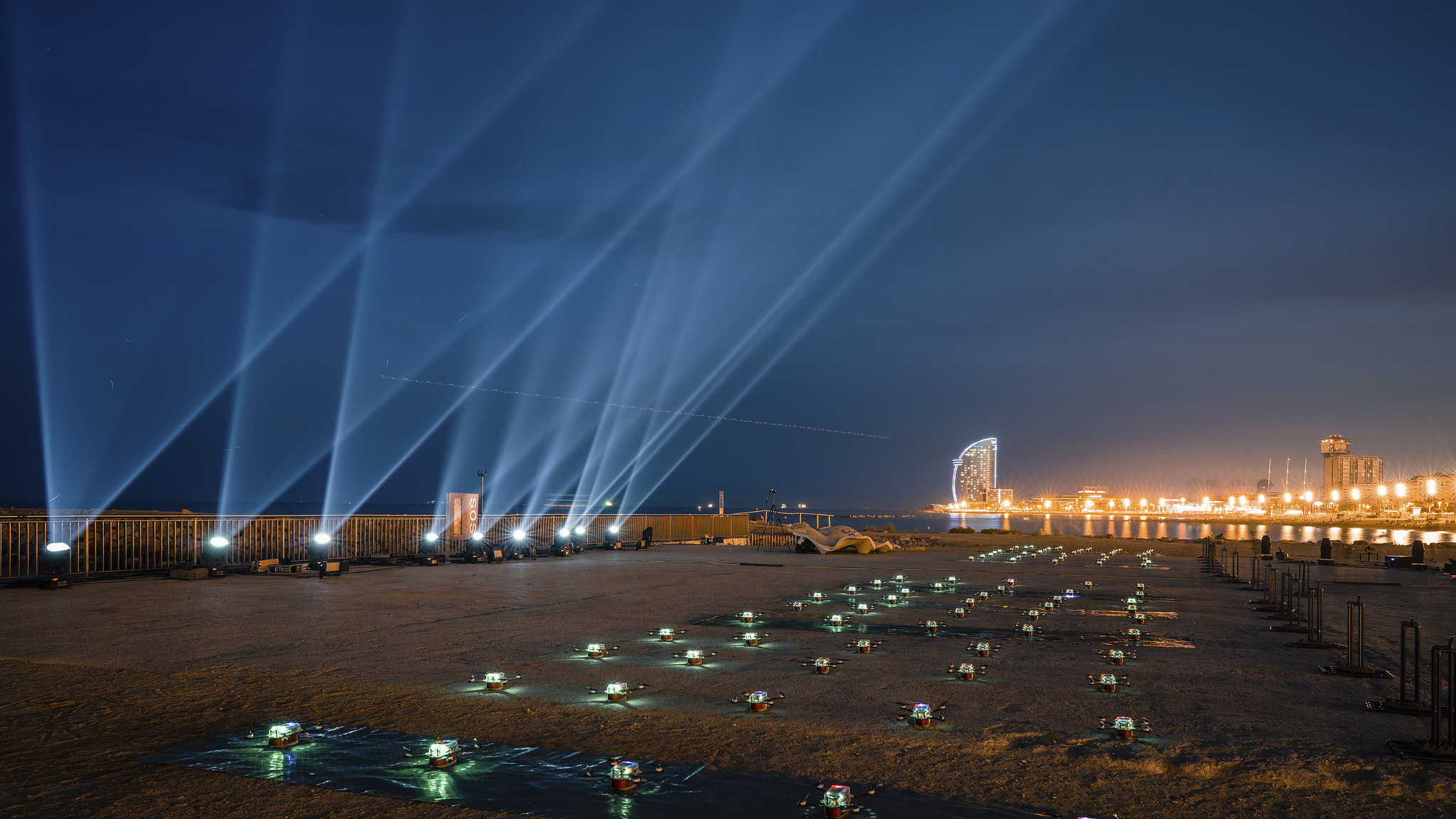 At the end of 2020, after the hard months of confinement and an even harder work of more than a year of authorization procedures to be able to fly, Flock Drone Art carried out its first drone air show. The company's unmanned vehicles flooded the skies of Manresa so that the population could enjoy the show from their balconies.

Despite the time it took to put on the first of these shows, the Spanish company started a meteoric career with this first show, growing in billing, clients, shows and drone fleet year after year. Currently, the forecasts they manage point to the turnover of 2022 being more than 500,000 euros, three times more than the 146,000 of the previous year. "In 2021 we did about fifteen shows because there were still many restrictions, but as of the end of 2021 everything has been going full throttle. This summer alone we have done more than forty," says Fran Arnau, CEO and founder of Flock Drone Art.

Arnau had been working for a company dedicated to shows and music production since 2006, Link Productions, but his love of photography with drones made him participate in the Masvinyoles Hub, where in 2019 a course was held in which synergies between profiles were sought of different categories but with a common denominator: drones. "I came to the course with the idea of ​​drone shows in my head because of a video I had seen on the Internet of one of these shows in Shanghai, and there I got together with three other geeks and that's where the company came from," confesses Arnau . "Mas Vinyoles Venture Factory, an incubator specialized in cleantech, joined the project as a business angel together with Agrotech Geomap, a technology specialist in cartography, and other minority partners. Together with Link Produccions, which currently has the majority share, they disbursed an investment initial amount that exceeded 300,000 euros, divided into two rounds," he adds.

Currently, Flock Drone Art is, together with the Umiles Group, one of the two companies that carry out shows with drones in Spain, but Fran Arnau acknowledges that rumors have reached him that there are more companies about to start operating in this segment in the country.

Much of Flock Drone Art's work is done managing authorizations with the Space Agency for Aviation Safety (AESA). "It is the most difficult part of the company. But we are very happy because just this week we obtained the extension of authorization that already allows us to fly throughout the Spanish territory, even within airports," says the CEO of the company. Thanks to this extension, the company will now only have to notify the Agency of the day, time and location where they are going to fly so that they make an airspace reservation and anyone who flies at that time knows that the drones are operating there. In addition, the number limitation that the AESA has to fly drones in Spain, 200, could be extended shortly to allow these companies to expand their fleet at shows. "The world record is 3,200 drones flying at once, so imagine all the room for further growth that we have."

The company has a total of five hundred drones, but currently the maximum they fly is two hundred by regulation. "We have already bought material to manufacture more," confesses Arnau.

As they explain from Flock Drone Art, to create a drone show three phases are necessary: ​​first, a 3D video is created with some "balls" that emulate the drones and that tells a story with all kinds of effects. This video goes through a computer program that translates it into reality and elaborates the specific trajectory of each drone. "A GPS route is traced for each one of them, and, finally, the management software joins all those routes and lists them and executes them," explains the director of said drone company. In addition to using a precision system for the location of each one of them, they also use other security elements such as the minimum distance between drones of three meters.

Although many of the shows that the company performs are for public institutions, there are also more and more brands that are encouraged to carry out this type of shows, as Volkswagen already did in an event in the Canary Islands or Zara for an advertisement. "It starts with a budget of 15,000 euros, although we are creating some that we can do on a recurring basis and that would lower the price," says Fran Arnau.

Looking to the future, the company is working on creating a franchise to repeat this business model in Latin America. In Spain, "the goal is that in 2023 we double the number of shows, if the market is not saturated with these new companies, and double the turnover," says the manager.

‹ ›
Keywords:
EconomiadigitalcompaniasTecnologíaEconomía DigitalCompañias
Your comment has been forwarded to the administrator for approval.×
Warning! Will constitute a criminal offense, illegal, threatening, offensive, insulting and swearing, derogatory, defamatory, vulgar, pornographic, indecent, personality rights, damaging or similar nature in the nature of all kinds of financial content, legal, criminal and administrative responsibility for the content of the sender member / members are belong.
Related News