Officials will collect in November the additional 1.5% salary increase with arrears since January

The additional salary increase of 1. 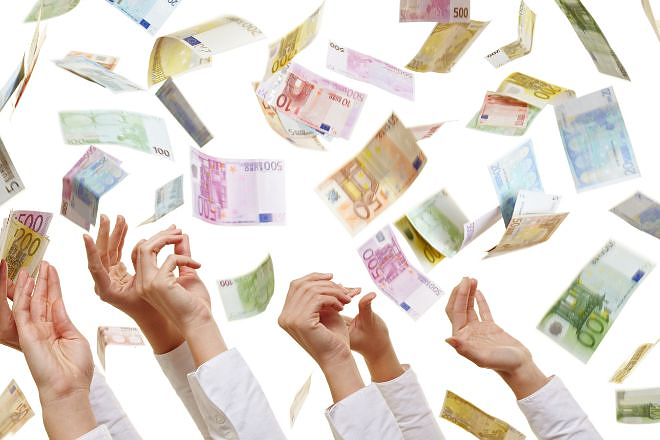 The additional salary increase of 1.5% for public employees agreed between the Government and CCOO and UGT will materialize in the November payroll, paying the corresponding increase from January to October as arrears, as established by the Royal Decree on energy efficiency, where The Government has included the salary increase for public employees approved yesterday by the Council of Ministers and published today in the Official State Gazette (BOE). The salary improvement will benefit 2,717,570 employees at the service of the Public Administrations, according to data from the Statistical Bulletin of the Personnel at the Service of the Public Administrations.

"An additional 1.5% increase in the salaries of public sector personnel is approved in order to offset the effects of inflation. Thus, by 2022 the salary increase for public employees will be one maximum of 3.5% on a consolidated basis, with effect from January 1, 2022. The resulting difference between the approved salary increase and the one that had already been made with the entry into force of the General State Budget Law for the year 2022, of 2%, will materialize from the month of November, paying as arrears the increase corresponding to the months of January to October of this year," the document details. In the scope of the autonomous communities and local entities, the payment will have to materialize "before December 31, 2022 and, in any case, before March 31, 2023",

The Government closed with the CCOO and UGT unions a salary revision for public employees for the next few years of up to 9.5% that contemplates 1.5 variable points linked to the evolution of the economy and inflation. The 1.5% salary increase agreed between the Government and the unions is added to the 2% increase in public remuneration that came into force on January 1, 2022.

The consolidation of the increase in 2022 means that it will be applied to the remuneration in force on December 31, 2021 and, therefore, will be applied retroactively. In total, the salary of civil servants will have risen by 3.5% by 2022. The parties also agreed that in 2023 public remuneration will rise by 2.5% and may be increased by up to one additional point depending on variables linked to the CPI and nominal GDP, recalls Europa Press.

Specifically, civil servants will receive 0.5% more if the sum of the Harmonized CPI for 2022 and the forward Harmonized CPI for September 2023 exceeds 6%. The other variable, also 0.5%, will be applied if nominal GDP equals or exceeds that estimated in the macroeconomic table that accompanies the 2023 PGE. In 2024, public salaries will rise another 2%, with 0.5 Additional % based on the variation of the harmonized CPI.

The Royal Decree establishes that exceptionally in 2022, "the State may authorize the autonomous communities to formalize new long-term debt operations or allocate resources charged to the additional financing mechanisms for the equivalent amount necessary to make effective the remuneration increase to the public sector staff.

In the event that credit modifications consisting of credit supplements or extraordinary credits are processed in 2022, article 177.6 of the consolidated text of the Local Treasury Regulatory Law may be applicable, which establishes that the agreements of the local entities that whose purpose is credit supplements in cases of public calamities or of a similar nature of exceptional general interest will be immediately enforceable.

As stated in the Royal Decree on energy efficiency, which will enter into force tomorrow in general, the extraordinary credit or credit supplement approved to finance the additional salary increase for civil servants may be incorporated into the corresponding credits of the expense budgets for the immediate year following, the payment must be executed before March 31, 2023.

Exceptionally, local entities that do not have sufficient resources to finance credit modifications may formalize a loan in the necessary amount with the Fund for Financing Local Entities.

The amount of the aforementioned loan may not exceed 1.5% of the net recognized obligations in Chapter 1 of the statement of expenses according to the liquidation of the 2021 budget. In these cases, local entities must make the payment before March 31 of 2023.

The conditions of access to this financing, as well as the financial conditions of said operation will be approved by the Delegate Commission of the Government for Economic Affairs.

‹ ›
Keywords:
EconomiafuncionpublicaFuncionariosEconomía
Your comment has been forwarded to the administrator for approval.×
Warning! Will constitute a criminal offense, illegal, threatening, offensive, insulting and swearing, derogatory, defamatory, vulgar, pornographic, indecent, personality rights, damaging or similar nature in the nature of all kinds of financial content, legal, criminal and administrative responsibility for the content of the sender member / members are belong.
Related News