Who would have guessed? But 2022 will actually be the year of interest - and the interest hunters. 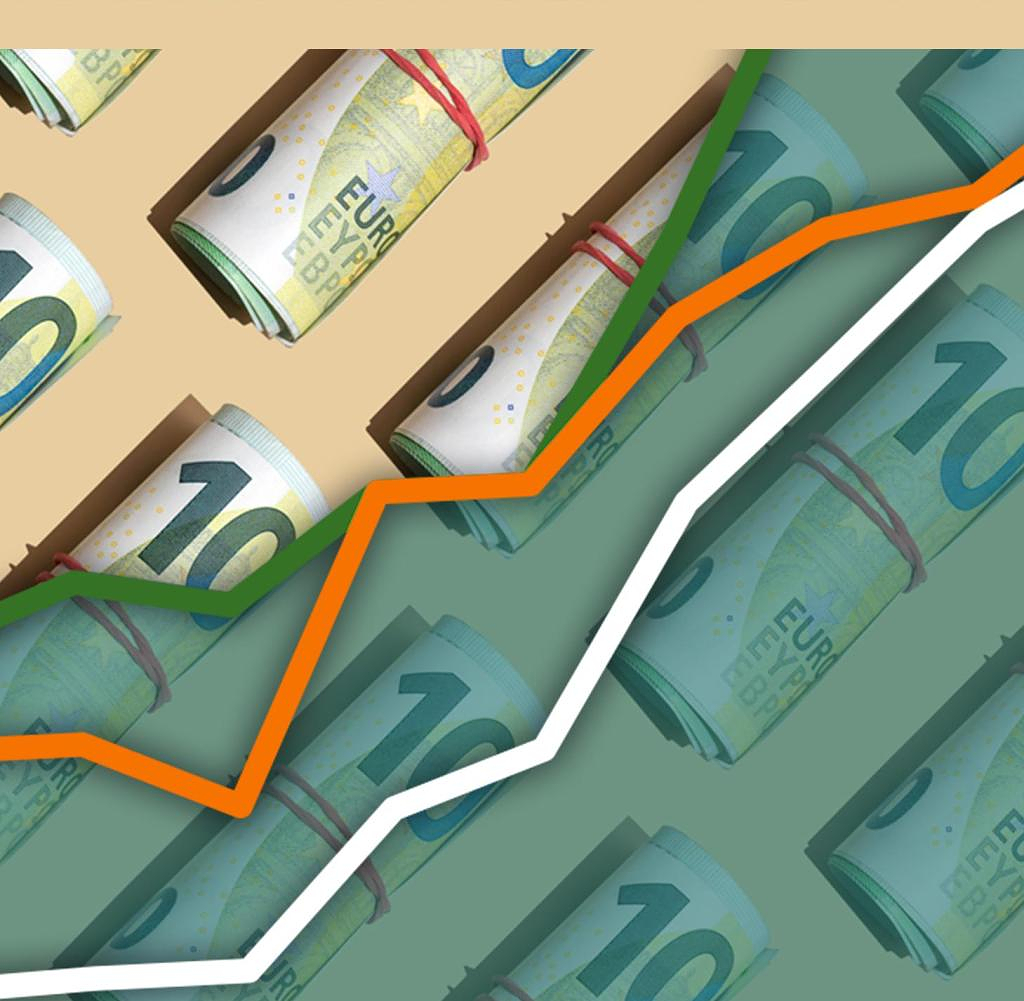 Who would have guessed? But 2022 will actually be the year of interest - and the interest hunters. Even badly weaned German savers can finally look forward to income on their bank accounts again. The interest rates are only remarkable on paper. Nobody should expect that inflation can be fully compensated for. But if you act cleverly, you can at least compensate for part of the loss of purchasing power.

With a clever strategy, not only does the devaluation lose its horror, investors are also positioning themselves for better times. With the right interest products, they deposit their capital in a safe winter hiding place, so to speak.

This strategy is essential in uncertain times when it is completely unpredictable what will happen next month or the month after that, whether gas will still have to be rationed in Germany, for example, or whether the war in Ukraine will escalate and expand.

"After years of dry spells, German banks are now paying interest again," says Oliver Maier from the comparison portal Verivox. For example, German institutes offer a return of up to 1.9 percent for fixed-term deposits with a term of two years. "That's more than twice as much as local financial institutions had to offer in June," explains Maier.

The call money account is also experiencing a comeback. “Income was meager for a long time, and many banks even charged negative interest. But German banks are now paying up to 0.6 percent interest on call money again. With an investment sum of 10,000 euros, that is at least 60 euros a year,” says Maier. If you just leave your money in the checking account instead, you will still get nothing.

An interest investment in the form of call money or time deposits is now possible again and downright necessary. This returns an asset class that had seemingly already left history. Savers only have to make two decisions: who they entrust their money to and how long they tie up their capital in interest products.

One thing is clear: Those who strive for the highest possible returns will rarely find what they are looking for at the local institutes. Banks in other European countries offer the best conditions. According to a listing by Tagesgeldvergleich.net, the SME Bank from Lithuania or the Banca Progetto from Italy lead the return lists for two-year time deposits.

They offer an annual interest rate of 2.4 percent for 24 months of fixed money. According to Verivox, the Italian Illimity Bank is currently ahead with 2.45 percent annual interest. These conditions can change quickly. It is best for savers to view the best offers in the comparison portals.

The Federal Association of German Banks guarantees credit far in excess of EUR 100,000 per customer. In theory at least. "Never invest more money in a bank than is legally secured, because a legally enforceable claim for compensation only exists within the framework of the statutory deposit insurance," says Daniel Franke from the portal Tagesgeldvergleich.net. All extended security systems are voluntary, so they would only help as long as the stocks, i.e. the money, last.

Franke also warns against providers who advertise with five to eight percent interest per year. Such products are also displayed to investors, for example, as a result of a Google search for high interest rates. "These are not savings deposits with legal protection, but usually debt securities and often even subordinated bonds, where in the worst case investors get nothing."

“Who do I entrust my money to?” is not the only question in the new age of interest. Savers also have to decide: "How long do I tie up my capital?" This is difficult insofar as the world of interest rates is currently developing very dynamically. Even experts find it difficult to assess how aggressively the European Central Bank (ECB) will raise interest rates - which in turn affects the terms with which banks go after customers. Whether the 2.45 percent for a two-year fixed deposit is really an attractive offer or not – that can only be said in retrospect.

Anyone who bought a two-year fixed-term deposit in July after the ECB's first rate hike was only able to log in at 1.75 percent with the best provider and will now be annoyed to see an offer of 2.45 percent. However, if you continue to postpone your investment decision, you will not get any interest at all on your current account and it might have been better to let the money work all the time, even if the conditions have improved slightly over the course of time. FMH Finanzberatung has developed a calculator that helps savers to determine a mix of terms with good interest rates.

Franke recommends savers not to invest the money for more than two years, as he expects interest rates to continue to rise. He relies on the ladder strategy. Part of the money is invested for a certain period of time, for example one third of the amount for six months, one third for twelve months and one third for 24 months. "Advantage: every six to twelve months, part of the money is released and can then be reinvested or used for other purposes at perhaps even higher interest rates," says Franke.

A look at government bond prices makes it clear how expensive it can be for investors if they tie themselves in for too long. The federal government issues promissory notes with various maturities that investors can purchase. Anyone who would have bought securities with a 15-year term a year ago would have suffered a price loss of 23 percent by today. For 30-year Bunds, the minus is even 37 percent. The logic behind it: Anyone who committed themselves to 30 years last year logged in an annual interest rate of 0.18 percent. In the meantime, the market interest rate has risen to 1.84 percent, which is 1.66 percentage points above the level of a year ago. In order for the logged interest rate and the current market interest rate to balance each other out, the price of the bond has to go down. The calculated interest rate difference is offset by the price gains, which start from the current low level to repayment in 30 years.

In all of this, savers should remember that nominal returns are only half the story. Although interest rates have already risen significantly this year, inflation has also increased. Investors should therefore not think that they are outsmarting inflation with call money and fixed-term deposits: 2022 may be the year of interest and interest hunters. For long-term asset accumulation, it is important to switch back from interest rate products to higher-yielding investments such as shares in good time.

‹ ›
Keywords:
EckertDanielZschaepitzHolgerFestgeldkontenTagesgeldkontenGeldanlageLageGeldanlageEuropäische ZentralbankFord Money BankFrankfurter SkylineFestgeldEZB (Europäische Zentralbank)SME BankBankenVergleichsportal VerivoxWirtschaft
Your comment has been forwarded to the administrator for approval.×
Warning! Will constitute a criminal offense, illegal, threatening, offensive, insulting and swearing, derogatory, defamatory, vulgar, pornographic, indecent, personality rights, damaging or similar nature in the nature of all kinds of financial content, legal, criminal and administrative responsibility for the content of the sender member / members are belong.
Related News